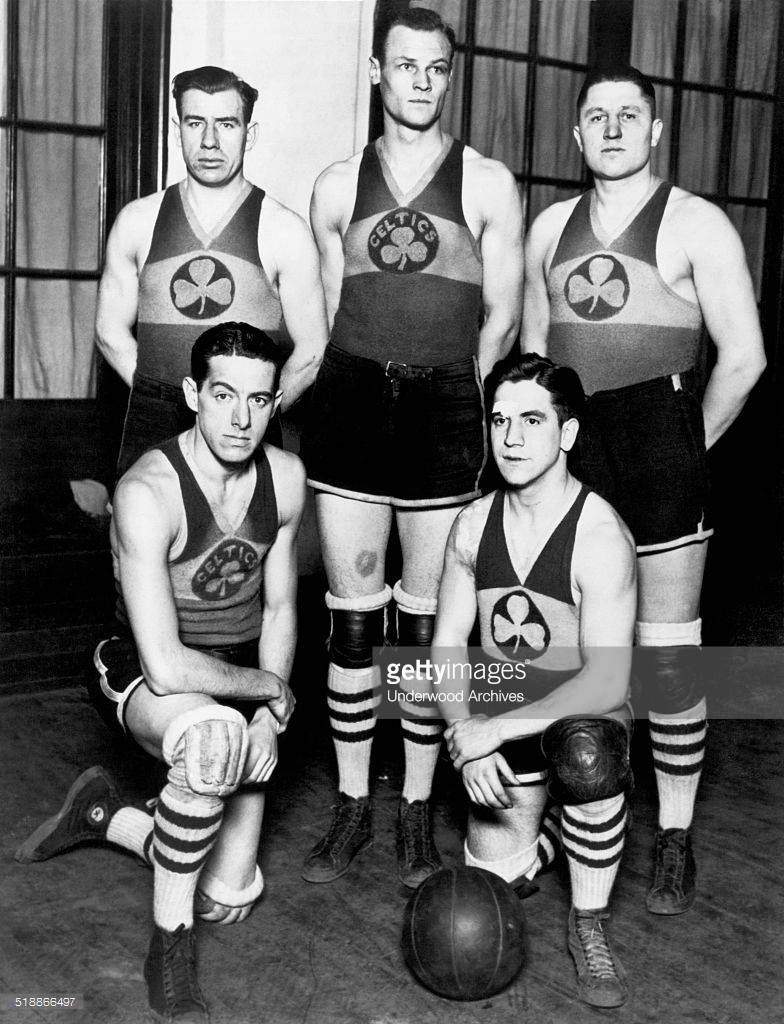 
According to Tevye, there’s only one reason a Fiddler on the Roof doesn’t lose his balance while trying to scratch out a pleasant, simple tune … Tradition!

Though it’s gone largely unnoticed, the National Basketball Association this season is “celebrating” the Golden Anniversary of one of its most hallowed and identifying traditions – the 82-game regular-season schedule.

For the 1966-67 season, the 10-team league created a perfectly balanced 81-game offering in which everyone played everyone else exactly nine times. The following year (coincidentally the launch season of the old ABA) the now-12-team loop instituted the 82-game slate from which its business model has not strayed even as it has swelled to two-and-a-half times its size and seen the landscape not just change, but transmogrify.

Today’s NBA packages its 1,230-game pre-playoff promotional tour into a 170-day window (24 weeks plus two days) less the All-Star Break and sundry dark days – on average, a game every other day. The most onerous stretch faced by an NBA baller in this age of chartered travel and five-star accommodation is four games in five nights … a pair of back-to-backs interrupted by a travel day.

In the 60’s, a four-in-five was a walk in the park, perhaps to the “strains” of as pleasant fiddle. For Coach Bill Russell’s inaugural season, schedule-maker Eddie Gottlieb shoe-horned 81 games per team – not to mention 35 “host” cities – into a 156-day time frame, a full two weeks fewer than nowadays. There were 14 dates on which no games were scheduled while 11 calendar slots offered a full slate of five games.

To provide choice match-ups for ABC’s Game of the Week, elite teams like the Celtics and 76ers would be scheduled for games – hundreds of miles apart, mind you – for Saturday night and Sunday afternoon.

In late January, the Cincinnati Royals were required to play on six consecutive nights. (Surprisingly, Oscar and Co. went 4-2, even winning on both the fifth and sixth nights.) St. Louis and San Francisco were each saddled with not one but two such five-night stretches. And every team except New York had at least one four-in-a-row.

The numbers say the best time to catch the 69-win Philadelphia 76ers was on Night 3, when they lost five of their 10 games. The worst time was Night 4, when Wilt’s team was a perfect 5-0. (The expansion Chicago Bulls were likewise unblemished, 2-0, on fourth nights.) 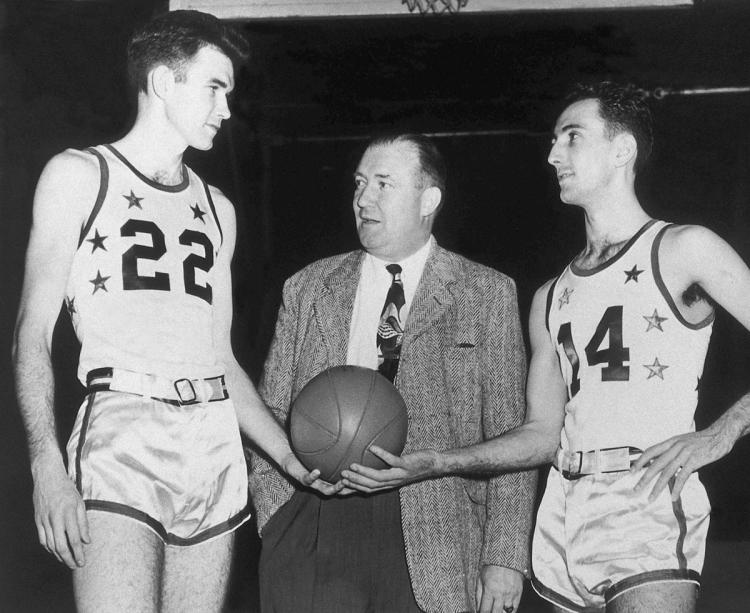 Since the league’s “business model” half a century ago was predicated on gate receipts, it shouldn’t surprise that nearly 40% of the games (156 out of 405 total games, .385) fell on a Friday or Saturday.

But a glance at NBA Sundays reveals the emerging influence of media partners and their money. Through New Year’s Day – 12 Sundays – 18 games had been played. There were 42 subsequent Sunday tip-offs. Over half of the post-December schedule happened on Friday, Saturday or Sunday.

The Celtics were the only team that season to post a winning record against every other team, winning five of their nine contests with the might Sixers. Each team won twice in the other guy’s gym.

In four encounters, the teams were competing on equal rest – the squads split these games. In each of the other five, the more well-rested team emerged victorious. Here are the details

Only one of the NBA’s 14 “dark nights” during its 21st season occurred after the All-Star Break, on Thursday March 9. Co-incidentally (or not, perhaps) another basketball tradition, the National Invitation Tournament, was kicking off in Madison Square Garden that very night.

Though categorized as a “small college” school at the time, Southern Illinois was one of the invitees. That night SIU began its march to that year’s championship by demolishing St. Peter’s 102-58. The Salukis were led in scoring that game by sophomore Dick Garrett’s 28 points. A helping hand to the tune of 24 points was lent by a small-college All-American and future Hall of Famer who, as “Clyde,” would call that very court “Home” for the next decade. 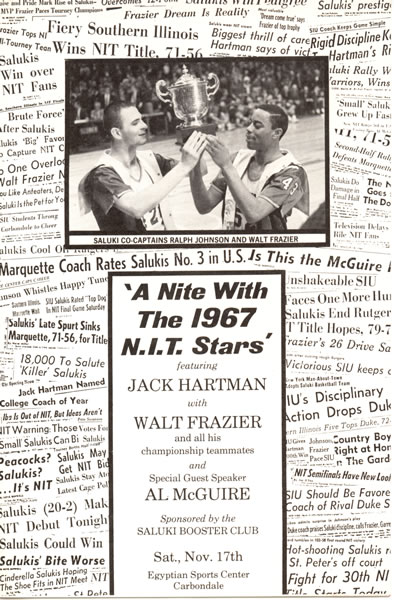 Walt Frazier would already be an NBA All-Star by the time he and his former backcourt mate, then a rookie with TB’s Flakers, met (again on that very court) in the 1970 NBA Finals.