Report: Knicks have reached out to Celtics about a Carmelo Anthony trade 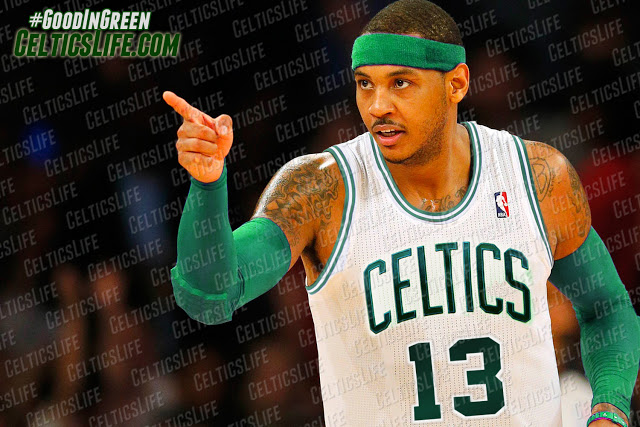 
Armed with a hope that Carmelo Anthony will eventually waive his no-trade clause, the New York Knicks have reached out to the Boston Celtics, Los Angeles Clippers and Cleveland Cavaliers to probe their interest in a trade, league sources told The Vertical.

Jackson is determined to rid the roster of Anthony and his contract, and start rebuilding around Kristaps Porzingis, league sources said.


One way or another Phil Jackson is trying to make things miserable enough in New York to convince 'Melo to wave his no trade clause and accept a deal. The first step is to inquire with teams that Anthony would likely want to play on. The Cavs are the top team in the East and have his buddy LeBron James on them. The Clippers are in L.A. and have his buddy Chris Paul on them. But just because Anthony would presumably like to play with those teams doesn't mean that the feelings are mutual.

The next step for Jackson then is to find a good team that would actually want Anthony and then try and convince him to waive his no trade clause. As I had thought it appears the cost for Anthony won't be as much as people feared. The Knicks would not be getting Nets picks in return. It would be closer to a salary dump. Salaries and a couple lesser firsts would likely get the deal done for Boston. Two questions remain: Are the Celtics interested and would Anthony waive his no-trade clause?


Would you trade for Carmelo Anthony if the cost was only 2 non-Nets 1sts and contract filler?
— CelticsLife.com (@CelticsLife) January 26, 2017