Green Patiently Awaits to Make His contribution to the Celtics 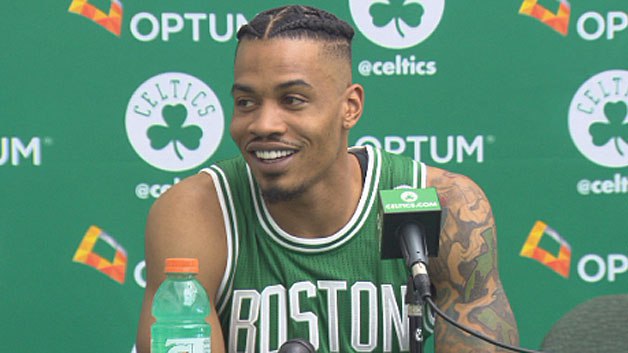 The moment that the Boston Celtics end practice, Gerald Green has the habit of huddling up with Marcus Smart and Jaylen Brown for a zealous one-on-one work that usually attracts assistant coaches and teammates whose curiosity gets the better of them. Green who is thirty years old is a seasoned player and veteran of a total of nine teams in ten seasons of the NBA. He is ten years older than Brown who is a rookie. However, during such sessions he is normally up against only 2 players with regard to Boston’s depth chart. The number rises to three if guard Terry Rozier is included. You can get NBA Lines by sites like MyBookie.ag so as to be abreast of such developments in the league.

Green’s 7th "DNP-coach's decision of the season was logged on Monday at the American Airlines Arenas as Miami Heat was thrashed by the Boston Celtics. Gerald as currently matched his DNP total from the entire 2015-2016 season with the Miami Heat. He is yet to play after November 18th when the Golden State Warriors gave Boston a run for their money in the 2nd half of the game.

On the positive side, Gerald has pledged to abide by any rules and decisions that Brad Stevens (the Celtics coach) makes for him. He confirmed that he will follow the coach’s direction as he awaits a time whereby he can make a consistent contribution to the team. The coach is optimistic that it will happen in the current season.

Stevens stated that Gerald has made a great impact but has missed significant training camp. He went ahead to mention that it is difficult for him to currently train and it is from such practices that habits which function to separate one from their peers develop. However, Brad is confident that Gerald will help the team and is impressed by Green’s attitude.

The player who signed a minimum salary contract with the Celtics that will run for a year this summer, missed out on extended time in the preseason. This was as a result of a hip flexor that was suffered during the team’s first camp training practices. That was the incident that landed him on the depth chart to this very moment. He surprised everyone by surviving the Celtic’s final team trim down.

He has played only 109 minutes in a mere 10 appearances despite the team’s successful navigation through injuries in the early season. He has averaged 4.1 points with 31.9% shooting. Moreover, he has not been able to score more than 9 points that he got during Boston’s matchup with the Brooklyn Nets in the opening game this season.

He told reporters on Monday during the team’s shoot around in Miami that a win is the only thing that would sweeten his return trip to Miami. He added that his sprawling basketball journey is responsible for the clear perspective he is currently in possession of. The player needs to be applauded for enduring a tough situation as he awaits for an opening.

He told reporters that enjoying the success of others is the true nature of a professional even if you are experiencing personal struggles.

The Celtics have emerged victorious in 7 of their 10 games and are a game away from claiming second position after the Toronto Raptors in the competitive Eastern Conference.

Green is optimistic that his time will come just as his coach had mentioned. If the starters in Bolton Celtics had not maintained the pressure during the 3rd quarter on Monday, Green would have received some playing time and would have been forced to face his former team. However, he has to be satisfied with his post-practice one-on-one sessions. He is taking the post-practice work quite seriously which is a good thing. He feels that the sessions are what will help him remain sharp for his pending opportunity.

It is important to note that Gerald logged all 7 of his DNP's with the Miami Heat in the 2nd half of past season. However, Green’s minutes spiked quite late and all the efforts he made aided the Miami Heat to finish on a tie with the Boston Celtics in the standings. Miami was boosted by a 4-way breaker to the third position as Boston plunged to the 5th position where they were disqualified by the Atlanta Hawks.

Whether Green will help Boston in their playoff campaign later in the season waits to be seen.