The Boston Celtics are playing games with practice. No, really. 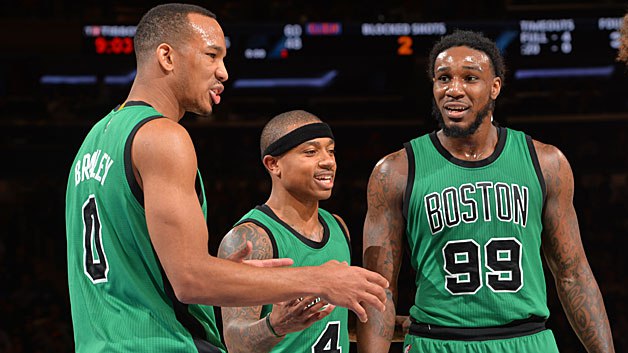 The Boston Celtics have decided to play games with practice.

Chris Forsberg of ESPN reports team Strength Coach Bryan Doo decided to shake things up a bit after the routine of training camp wasn’t getting the level of intensity he felt the team should be giving, so, to inject a little novelty in a positive way, the Celts found themselves playing some intense games of capture-the-flag and dodgeball. Doo’s reasoning? According to Forsberg’s ESPN report:

“Look at it this way: There's probably a minimum of like 100 warm-ups per season, right? So you've got to keep it fresh. I get bored myself ... What I try to do is get the players so they’re ready to practice, so Coach doesn’t have to deal with them not being focused ... I might have a plan in my head, but then I might be like, 'You know what, they're not listening, let's do something different.”


Even some high-octane games of ultimate frisbee get thrown into the mix, according to Doo, with the losers having to hit up the exercise bikes for an undisclosed period of time. It sounds like an interesting approach, yet one has to wonder…

...after the first two games of the season’s lackluster defensive performances, maybe we should be throwing some volleyball and whack-a-mole into the mix?