Sure, Jaylen Brown traveled but not all is lost for the promising rookie 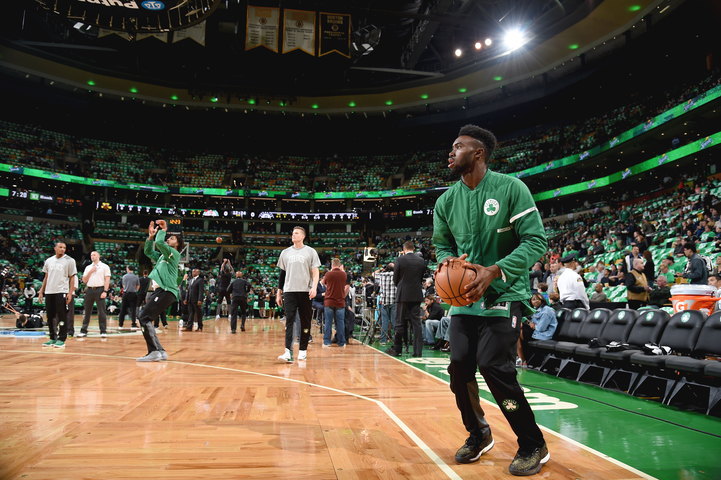 It may eventually go down as the travel heard 'round the world - or maybe just heard by Celtics fans.

Despite trailing for most of a game that featured the C's getting out rebounded by 19, including 18 inexcusable offensive rebounds, the scrappy squad still had a chance to win it at the end.

Trailing 101-99 with 43 seconds to go in the fourth quarter, No. 3 draft pick Jaylen Brown went up for a jump shot but landed right back on his feet with the ball still in hand after trying to haphazardly pass the ball to no one in particular. In NBA circles that's known as a traveling violation.

Unfortunately for Brown and the C's, his single turnover proved to be costly as Dwyane Wade drilled a 3-point shot on the other end to essentially seal the game. Fun fact: Wade, who only hit seven three-pointers all of last season, made four in this game.

Rookies make mistakes the same way that seasoned players do, as demonstrated by the Celtics 10 other turnovers, resulting in 17 points for the Bulls. Granted, it might be easy to single out Brown but in reality each turnover by his teammates proved to be just as costly as his.

However, all shouldn't be lost on the Celtics or, most importantly, Brown. Sure, maybe he should have just shot the ball:

Jaylen Brown on getting caught in the air during the 4Q: "I should have just shot the ball, but I was thinking it was a bad shot."
— Boston Celtics (@celtics) October 28, 2016


But the fact that he was even in the game with the score so close shows the strides he's made over the summer. After the game coach Brad Stevens alluded to Brown earning his minutes by way of his efficient play, via Brian Robb of CBS Boston:

“I thought he was playing pretty well and I thought we were better off going small,” Stevens told reporters in Chicago. “And when we go small, small, with Terry, Isaiah and Avery that’s really small. So I wanted to keep Jaylen in there. Ultimately I thought he did a lot of good things tonight. Obviously that play didn’t go his way.”


Brown finished the game with 8 points, a rebound and an assist in 20 minutes. Those are not All-Star numbers, they won't jump off the page or prompt ESPN highlights but they're efficient. Remember, this is the rookies second NBA game:


Also, if you are clowning Jaylen for that TO, fair. If you are killing him for it, chill all the way out on a rookie in his second game.
— Tom Westerholm (@Tom_NBA) October 28, 2016


The moral of the story here is: let's be easy and fair on Brown and hope he starts to convert opportunities such as these instead of turning the ball over: