Boston may fix its rebounding problem ... by not rebounding? 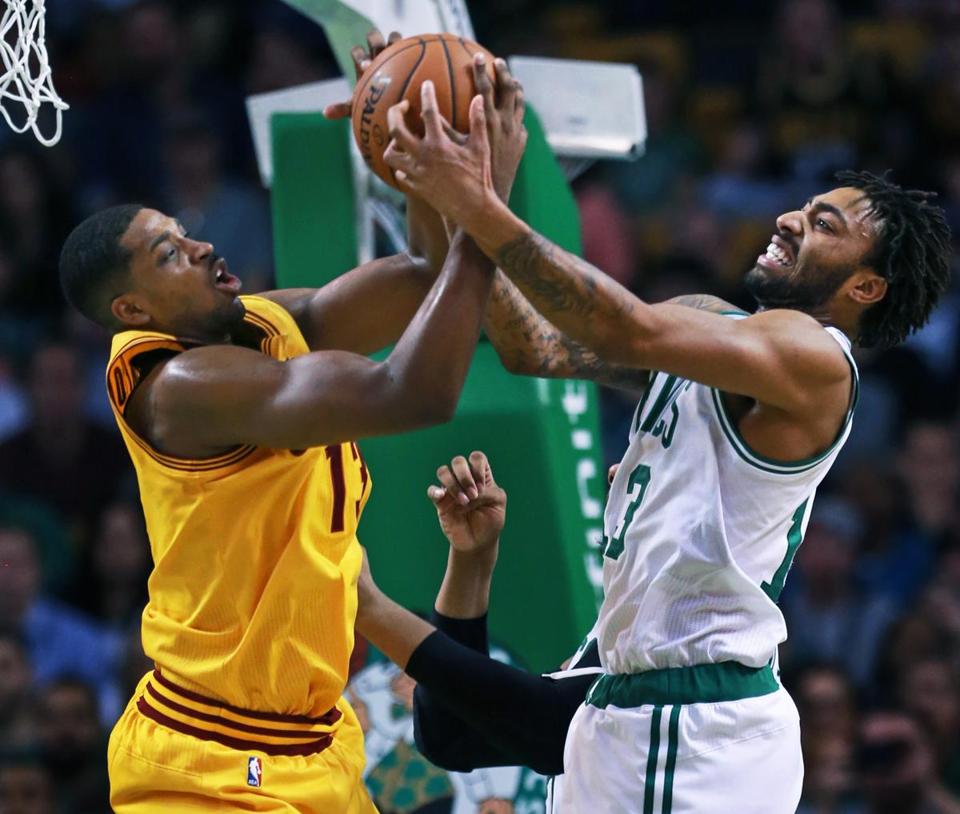 The Celtics have a rebounding problem this year, and if early results from their preseason tune-ups are to be taken as a sign of what’s to come, they already have a plan in place to deal with it.

They aren’t going to rebound.


Before you have a heart attack, let me say a few things. First, as most of you should be thinking, three preseason games should not be taken very seriously on any level as a predictive measure - the sample size is far too small, and this is the time of year when coaches play with unorthodox lineups and minute distributions to get an idea of what might be available rather than what should be expected.

Second, when I said Boston isn’t going to rebound, I didn’t mean on both ends of the court. In fact, over the last three preseason games, the Celts are actually averaging 1.7 more rebounds per game on the defensive end of the court. But, this increase comes at a cost, or perhaps more accurately, from a shift in focus:

The Celtics are going to live with their shot selection, get back on defense, and only worry about second chance opportunities that have a high likelihood of success.

What this means from a rebounding perspective is that the plan seems to be to relegate offensive rebounding to a minor role, with the hopes that the gritty, aggressive style of Boston defense that’s evolved under Coach Brad Stevens’ tenure will have even greater legs underneath it as a result.

Is it going to work? That remains to be seen - but the early results look good on an individual level, at least in the small returns we have received to work with so far. As predicted, the Celtics are indeed a notably worse rebounding team overall, logging 2.9 fewer rebounds per game to date compared to last season.


Moreover, every likely starter (and Marcus Smart, if you do not include him with Al Horford, Jae Crowder, Amir Johnson and Isaiah Thomas) except Avery Bradley have registered a decline in total rebounds per game, though - interestingly - Horford has increased his average defensive rebounds per game from 6.5 to 7.5.

Even more intriguing, in addition to Bradley, who has improved by a minuscule .1 defensive rebound per game, it seems that players deeper in the rotation have nearly all boosted both their defensive and total rebounding. Of course, the lion’s share of variance comes from the huge spike in minute increase they are receiving due to the nature of preseason games. But it’s still promising, particularly if injuries or trades thin the rotation over the course of the year. It’s impossible to know just by reading the numbers, but it seems to be a point of emphasis for players unable to contribute much offensively to make sure they rebound (at least defensively) by committee.


Wait, what’s that noise in the distance? 🛤


Finally, to weave in one more preseason subplot, early results from the rebounding front may prove crucial in deciding who makes the regular season roster, given there’s not an incredible degree of separation on offense to date. The two most likely candidates for the fifteenth and final roster spot, R.J. Hunter and James Young, are averaging 4.3 and 5 points per game, respectively.

For Young, this is a massive improvement in an area of team need, with a boost of 2.4 total rebounds per game, while for Hunter, it’s something of a disappointment, particularly considering he played minutes closer to what he logged during the last regular season. In fact, Hunter is the only player to actually get worse at rebounding on both ends of the floor of the deep rotation players.

Does this mean Young has punched his ticket to another season in green? Unlikely - but the competition is probably closer than some have assumed, even with several more tilts to shift the balance sheet. At any rate, all this data is as preliminary as it gets, though it suggests a lot of potentially interesting wrinkles may be in store for the season ahead.