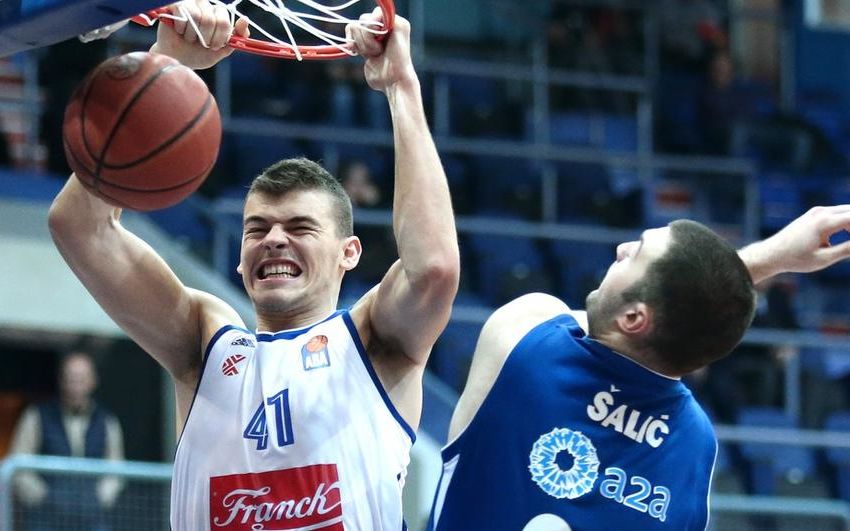 When the Celtics opened their treasure chest of picks during the 2016 NBA draft, it was clear that there wouldn’t be space in Boston for everyone.

Croatian big man Ante Zizic was selected with the 23rd overall pick and subsequently stashed by the Celtics. For the 2016-2017 season, the 19-year-old is honing his skills in his home nation, competing for Cibona Zagreb.

As well as French forward Guerschon Yabusele, Boston fans are following Zizic’s every move during his year overseas, hoping to see flashes of brilliance that will translate well to the NBA when he eventually arrives.

In Sunday night’s 89-85 overtime win against MZT Skopje in the Adriatic league (ABA), Zizic put on a performance that will surely whet Danny Ainge's appetite. The center managed 37 points, 20 rebounds and 3 blocks over 44 minutes of play:

The win takes Cibona to 3-1 for the year so far and Zizic is averaging around 24 points and just under 10 rebounds per game.

Whilst the standard of play isn’t as high as the NBA, it should be remembered that Zizic is still very young and is leading the charge for his team in a major European domestic league.

If performances as strong as Sunday’s continue for Zizic, Boston’s front office may be forced to find space for him on the roster when the summer of 2017 comes around.