Loyalty is overrated: A look back at Kevin Garnett's defining quality 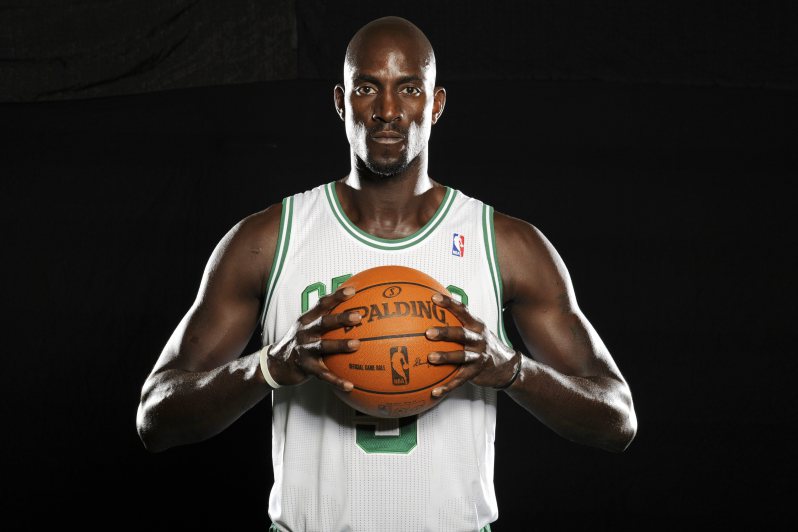 Just ask the former MVP forward, who changed teams after years of waiting for management to surround him with the talent a player of his stature deserved:

"Loyalty is something that hurts you at times, because you can't get youth back,"

No, not Kevin Durant.

Not LeBron James, either, though you could be forgiven for thinking it was, as this player blazed the path those other two would follow. Unlike LeBron and Durant, the author of the above quote was doggedly loyal - some say blindly so - and spent most of his prime languishing on a small-market team that could never quite get over the hump.

The same guy who didn’t speak to Ray Allen for years after signing with Miami, leaving the Celtics to join forces with a superteam that effectively slammed the window of contention shut for Boston’s “Big Three” era - a superteam he may have helped create in the first place, and perhaps inadvertently had a hand in giving new life.

If you ask a dozen sportswriters when the “superteam” phenomena began, exactly, you might get as many answers. Lots of players changed teams before Garnett forced his way out of Minnesota, and he certainly wasn’t the first to regret not using his star power off the court to help control the players who got on it with him, but it’s hard to think of examples that hit the ground running as fast as the 2007-08 Celtics did.

It’s not hard to understand why such a start might have made him a little wistful he didn’t do it sooner. More than a few Celtics fans are in the same boat. 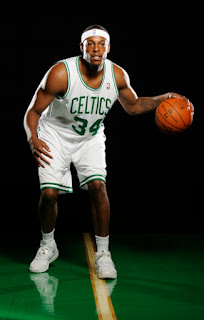 In fact, had Paul Pierce not pressured Danny Ainge to get him on a contending team one way or another, it’s quite possible KG could have been a Laker. Or a Knick. Or Bull, or - well, you get the point.

Loyalty is indeed overrated, or so it seems.

It’s a complicated sentiment, with an equally complicated pedigree. Regardless of when you believe superteams in the NBA originated, it’s not hard to trace the effects of the collective bargaining agreement-altering phenomena that was Garnett’s “decision” on the NBA, and wonder whether his post-game speech was the exclamation point to a sentence he began writing three years before Lebron’s decision. In a bitter turn of events, those sage words came home to roost when Ray Allen made a decision of his own, choosing a chance at another ring over loyalty while the last whisper of youth remained.

The bet paid off. It’s safe to say Garnett was not happy about the gamble.

KG was not alone in that sentiment. For many in the Celtics fanbase, the name of one of the greatest shooters of all time, a key cog in the machine that brought Banner 17 to Beantown, became cursed overnight. All the more remarkable given Allen’s status as a hometown hero, rooted in his connection to the nearby University of Connecticut, where he played his college ball for a (then) fledgling powerhouse. Why the double standard?

Plenty of players and sportswriters alike have been quick to note that this is a job, regardless of all the significance people invest in that player’s employment status that almost no other people or profession have to deal with. For example, we don’t give our co-workers grief when their contract is up and they get a position working for a firm with better pay, location, or benefits. We might even throw them a party - so what gives?

The answer, it seems, has more to do with how a player leaves their team than if - at least in the court of public opinion. We remember the all-too-public pain of the elimination that seemed to end the Big Three. We tend to forget the business side of the sport that may have had as much to do with that ending, though. Appearances matter, and from the outside, this looked bad.

The defection-of-sorts that transformed Jesus Shuttlesworth into Judas in the eyes of some has a special salience of late - and a strong connection, too. The other Kevin referenced at the start of this article, Durant, is facing a level of acrimony unseen since LeBron left Cleveland for Miami. Struggling to recover from a self-inflicted injury to his public image resulting from a move not unlike one Allen made in 2012, Durant may never fully repair his reputation.

When you join the enemy, it’s a whole different ballgame.

Of course, not everyone feels this way, but the ire it has drawn from many fans and players alike is remarkable in its intensity. And the defection of Allen in some ways set the stage for Lebron’s second defection - an un-defection of sorts that wiped the slate clean - an option that may not be on the table for players like Allen and Durant, though only time will tell for certain. 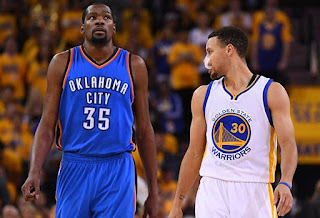 "Loyalty is something that hurts you at times, because you can't get youth back … I can honestly say that if I could go back and do my situation over, knowing what I know now with this organization, I'd have done it a little sooner."

It’s hard not to wonder if we’d have another banner or two hanging in Boston had Garnett followed his own advice. Then again, we have to ask if we might have lost one because he shared it with the world in the first place. There’s no way to know, and no point in dwelling on it too long. Advice worth sharing or not, it’s a part of the historical record now. Garnett’s decision to leave Minnesota - if not his words on the trade’s timing - has reverberated through the years, helping shape the modern NBA.

It’s possible his words came back to haunt him. It’s certain his actions laid out a blueprint for what followed. The game itself, though, is so unpredictable - had Kendrick Perkins’ knee gone unhurt, or Ray’s last (and arguably best) dagger had not gone in, the entire narrative of more than a few Hall of Fame players might be very different.

If Garnett’s words cost Boston a ring through some kind of unpredictable butterfly effect, we must forgive him. It was, after all, the decision to value legacy over (undeserved) loyalty that set all this in motion, making Banner 17 possible.

Kevin Garnett blazed the path, and taught us, by example, the most important life lesson there is:

For this, we are all forever in your debt.

Thank you, KG. You are a legend in our hearts forever.