Roundtable: What would the Celtics have to give up to trade for Blake Griffin? 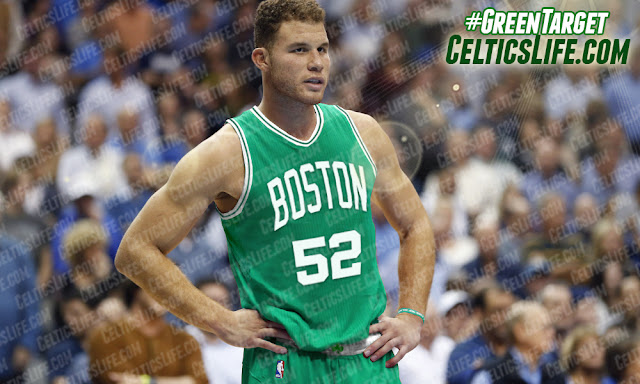 Rumors have been flying around that a Blake Griffin deal is in the works. This comes on the heels of news that the Celtics were the most likely destination for Russell Westbrook. So like the Westbrook trade possibility, we here at CelticsLife have our disagreements about what every player is worth and have decided to turn into entertainment for you, our readers!

That's why we have compiled another roundtable about what Danny Ainge should, or shouldn't, shell out for the five time All-Star.

Burak Tekin: This is tricky. On paper, Blake Griffin is still one of the best power forwards in the league (whose stats are more or less improving every year), and if the Clippers were healthy in the Playoffs they could have given the Golden State a run for their money. They should have absolutely no reason to trade him for pennies on the dollar. Even the altercation last year is negligible, stuff happens. 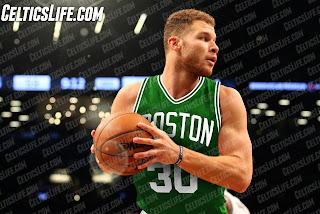 However: Doc is one of the worst GMs in the league. He overpays for players that played for/against him (looking at you, Jeff Green) and first-degree relatives. The Clippers need some perimeter defense real bad. They have no draft picks this year (we have their 2nd round pick), only a 1st round pick in 2018 and no 1st round picks in 2019 (guess who owns that one too ^.^) If they are hit by another injury, their window is closed as they will have to hit the reset button (or at least flirt with it) before 2018, when they will only have Wesley Johnson under contract.

I believe that if we offer Bradley + return those Clippers picks, and if Doc gets some other players/picks from a 3rd team that he's irrationally in love with, and we give that 3rd team whose GM is also slightly clueless (hello Sacramento), a couple of our young stars we could have a legit chance at landing Blake Griffin. This could be the heist of the year. Of course this is the dream scenario, and I think Ainge would be pushing for something like that and would not trade a lot of assets for Blake.

Rob Welch: I still don't see why Doc Rivers would trade Blake Griffin. He clearly is a better coach when he can call on veteran talent. Before KG came to Boston in 2007 everyone questioned Doc's ability to coach. Trading Griffin for just prospects wouldn't make any sense.

That being said I think if for some reason it does happen the C's would have to give up:
Avery Bradley
Jae Crowder
2018 Nets Pick
future Celtics pick

Paul Colahan: The way this deal is being reported is Rudy Gay ends up going to the Clippers, 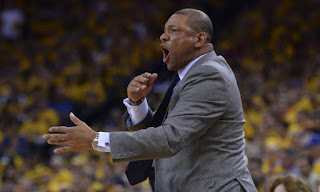 Crowder to the Kings, Blake to the Celtics as the core of the deal. Supposedly neither BK pick is involved, which makes sense because Doc Rivers hates the youth of America (except his kin). You know who Doc loves though? Avery Bradley. And the Clippers need to come out of this with a perimeter defender to chase Warriors around. You know what else Doc loves? Things he's already had before. That's why I think he wants his own pick back in addition to his old pal AB.

JR: I think Rob's offer is more realistic, just because I think the Clips would get killed if they trade Griffin and don't get either a star or high pick back, let alone both.

Regardless, if the Celtics got Griffin for Crowder and Bradley plus picks it would set us up nicely to add Hayward as a FA next summer.

Eric Blaisdell: Well it'll be less than a package for Westbrook would be. It's likely going to be something like a Brooklyn pick, Bradley, Amir Johnson, Rozier and more picks. Crowder may be the sticking point, as he's reportedly been for other trades. If Crowder has to be included then you do it. Ainge has the assets to get Griffin without emptying the warchest or even taking a big chunk out of it.

Mark Vandeusen: The three-team trade might be what makes it possible for Boston to hang on to both Brooklyn picks because Rudy Gay is the centerpiece of what's going to LA:
Celtics get Griffin
Clippers get Gay, Bradley (Doc's guy), Celtics 2018 pick and some form of Young/Hunter/Mickey
Kings get Amir Johnson, Ante Zizic and Terry Rozier
Even if Celtics lose Blake after a year, they still have Isaiah, Smart, Brown, Crowder, Horford and 2 Nets picks.


Brendan Quinn: Recently, there definitely has been some sort of overarching discomfort with Griffin within the Clippers organization. I don't see many other reasons why they'd entertain trading a 27 year old franchise cornerstone. That being said, Doc has always had "his guys" whether they were on his team or not. By that I mean guys he keeps around (his son, Pierce, Big Baby) and also guys that his teams are consistently rumored to be interested in. I think in order for Griffin to come to Boston, there needs to be a perfect storm of these type of guys headed to the Clippers. Enter Rudy Gay and the Kings. Throughout his career, whenever Gay has been on the move, the Celtics have always been a rumored destination and I think it's because he was one of Doc's guys. I don't think this trade gets done without him

Avery Bradley is also very openly one of Doc's guys and he fits a need. If it gets done, I see something along these lines.

Jack Pilgrim: The rumored trade out right now is Avery Bradley, Amir Johnson, and the 2018 Nets pick. If that deal gets done, I'd be ecstatic. Could you imagine a lineup that still included Thomas, Crowder, Horford, and Griffin? That'd be crazy good. I honestly think it'd take Rozier and maybe even another low-end guy with a little value to make the deal go through. But if the deal doesn't include Crowder or the '17 pick, I'm set. Also, I think a main holdup is getting Griffin to commit long term. Danny wants to make that for certain before he ships out key assets. Is there any chance at a S&T? If so, then locking him in + keeping major assets could move the team into legit contention, in a year or two at the very least. Would give C's flexibility to add another stud through FA/Draft/Trade, all while keeping that main core of four.

If Boston manages to keep both Nets picks (honestly have no idea how that'd be possible), then it'd allow for another trade for another star. Jimmy Buckets? Hell, even RW? It'd obviously be a star guard. I couldn't even imagine the backlash the Clippers/C's would get off that heist. Teams are already reluctant to trade with Ainge because they're scared of being his latest victim. If Doc lets us have Blake because he's in love with Gay and Bradley? Clipper fans would be furious and nobody would want to trade with Boston again.

Also, we get Pierce back in the trade or no deal. No questions asked.

Topher Lane: I like Blake Griffin, I think he fits well on the Celtics personality-wise, but I don't love spending a ton to get him. The reports that have Crowder to the Kings, Griffin to us are hard to argue with, even though I love Jae Crowder more than any other player in the NBA, but I accept those.

With that being said, I think it takes more than just Jae Crowder. If there's only going to be a trade for one star, either Westbrook or Griffin (and probably some other stars who will come up on the trade rumor mill) I like selling high on Terry Rozier and maybe a combination of James Young/Amir Johnson/Jonas Jerebko. But that's an ideal world.

Realistically I think it will cost two of Marcus Smart, Avery Bradley, or Jae Crowder coupled with one or two future picks.