Brad Stevens discusses Al Horford, Celtics' next step and what to do with Guerschon Yabusele 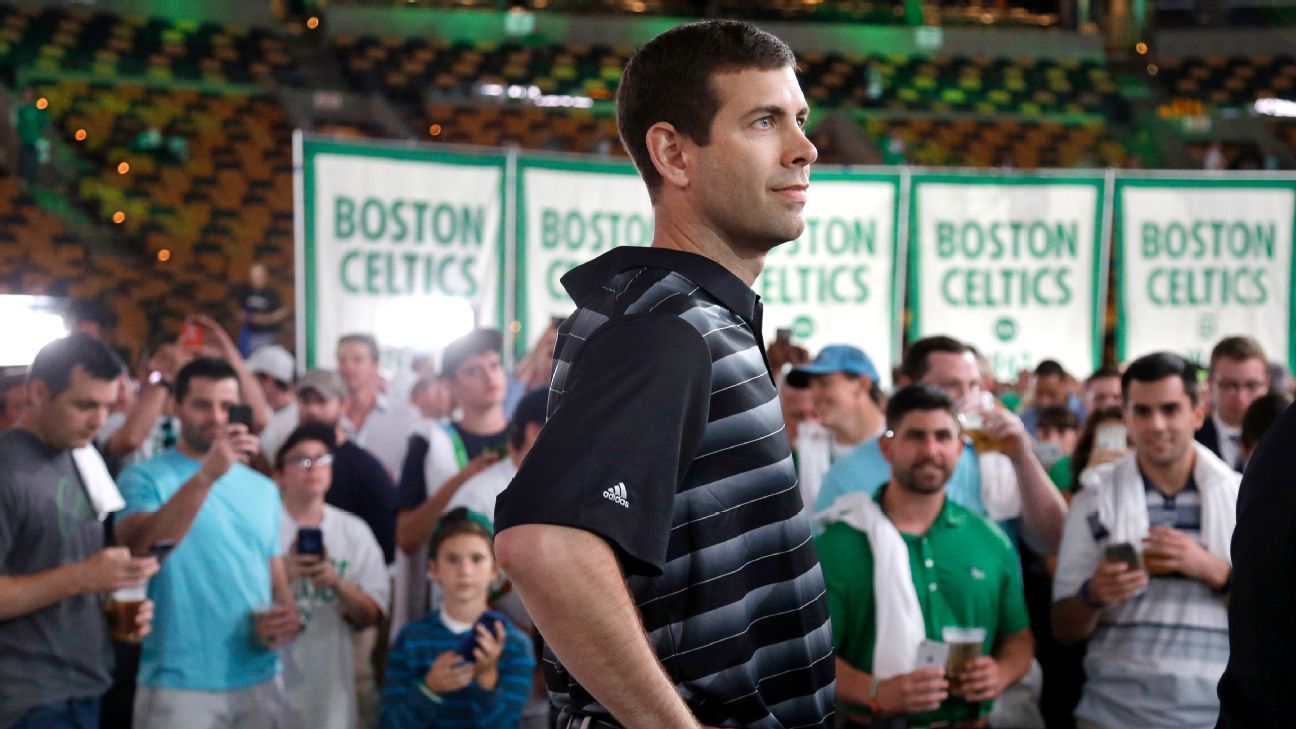 Stevens when asked about Jaylen Brown and if his college coaching experience helps when getting young players up to speed in the NBA:

"The biggest thing is that you're patient about getting better every day. You focus on that and you don't take your focus off of that. We're in a rollercoaster of emotions during the season with regard to how people react to wins and losses, but we just have to focus on the process. Our guys are really good about that and our older guys do a great job of that. They'll help Jaylen in that regard and we got other young guys that we need to improve to be able to help us too."

On the rising pressure and expectations heading into next season:

On the addition of Al Horford:

Well, obviously adding Al is a big, important piece to our puzzle. He's a really good player. He's a four-time All-Star. He can score the ball. He could defend, but beyond that, he's just a really good person, a leader and a guy that our young guys could look up to. He's only 30 years old. For our team, right as constituted, he's the oldest person on our team. We've got a young group otherwise. Amir Johnson is 29 and Jonas Jerebko is 29. Those are guys we lean on quite a bit to help show these young guys what it takes on a day-to-day basis. That's invaluable for a person like Jaylen Brown to have people like that in a locker room.

On what the Celtics need to do to take the next step:

In the areas in which we really judge winning and what leads to winning, the place where we can improve the most is offensive efficiency. We were good in the end of the year with that. Hopefully we continue to develop from within with regard to shooting, but also continue to add guys that can help guys put the ball in the basket.

What he's looking for when watching his players compete in the summer league:

From my standpoint, the games are second to small incremental advance everyday. Going to the shootaround this morning, watching guys work on little things, watching guys on the details of the game and seeing if it applies when we get out on the court. That's a huge thing to know. How does a guy prepare and how does a guy apply it when the lights are on. Everyday, the best part about this is you have film to learn from and you an opportunity to meet individual or as a group. And that's what we try to do with this group. It's been fun. Being in Utah and now here, we've got six games under out belt. We've learn a lot about ourselves.

On the rumored plan to stash Guerschon Yabusele and overall impressions of his game:

I would say that plan is not finalized. So we'll see. Time will tell. I know this: he's a big body, he's got great passing ability, he has been able to shoot the ball from deep on a couple of occasions here. He shot 40% this year from three. And what really sold us on with regard to where we chose him was his agility. From that size to be able to move his feet laterally, he's pretty unique. Obviously in a league where you got to switch and you got to be able to guard multiple positions, its important to have guys like that. [His footwork] is really good for a guy that size. You talk about 265lbs, to be able to move like that is really good.

Days prior, Stevens discussed a numbers of topics with the Boston media, including thoughts on now ex-Celtic Jared Sullinger and free agent sales pitches.


"I think Jared's a really good player and I think Jared will continue to be a really good player," Stevens said. "Obviously when we got Al, that made us make hard decisions. And the thing that stinks about that is having to move on and move forward, both for him and us. But he'll do great. Jared's one of the more talented guys being able to get the ball off the glass, and he's got beautiful touch and he's a good guy, and so I think he'll do well. I'm hopeful this move will benefit him as well, and I think it will. We'll see where he lands, but I know there's a lot of interest in him based on how my phone's been ringing and everybody else's, so I'm sure he'll land where he wants to and do exceptionally well.

On sales pitches to free agents:


"This is who we are. This is what we're about," Stevens said of his pitch. "This is how we play, and this is how much I've enjoyed my transition to Boston. So those were all major talking points for me. Obviously I wasn't the only person in the room. I felt really good about all the preparation, the meetings that we had last weekend, and for us to be able to walk out of last weekend with an All-Star forward, that's a heck of a weekend. Obviously with the whole Durant thing and everybody following that so closely, I was excited about what we had to sell, and what we're talking about, and I do think that it's not falling on deaf ears around."

Of all the topics that Stevens touched on, the one that most interests me, partly because of the time of the year, is his thoughts on the player that probably isn't that high on the team's depth chart.

When Guerschon Yabusele was taken with the 16th selection overall in the 2016 NBA Draft,the fans initial reaction was "Who?" Their outrage was ignited well before the pick for a number of reasons. Fans were upset about the Jaylen Brown pick, the use of six draft picks, Danny Ainge's inability to trade for a star or fill an immediate need.

In Yabusele's case, he's done just about everything in his power to temper that anger in the weeks since the draft. Granted, it's been mostly against guys who will not spend much time in the NBA, but considering how little we knew about Yabusele going into the summer league, it can be argued that he's been the most impressive Celtic in Utah and Las Vegas.

What stands out to me about Yabusele is how his professional experience overseas has translated in these summer league games where the majority of his peers are either fresh out of or not too far removed from college. Including the items that Stevens mentioned, Yabusele does a great job knowing how to use his body. That has shown itself in the paint finishing at the rim and at the perimeter positioning himself when setting screens; the latter is an often imperceptible, but key ability for a big men that appears like a sore thumb in these games. 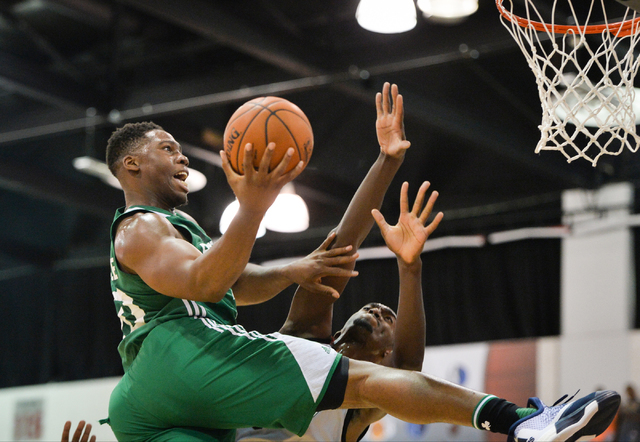 In addition, Yabusele has impressed to find space on the perimeter and knock down the outside shot at decent clip. He's seemly in the right spot more often than not.

Who knows whether Yabusele will a member of the Celtics and the start of the season, but if Stevens comments are any indication, Yabusele's play isn't going to make this an easy decision.