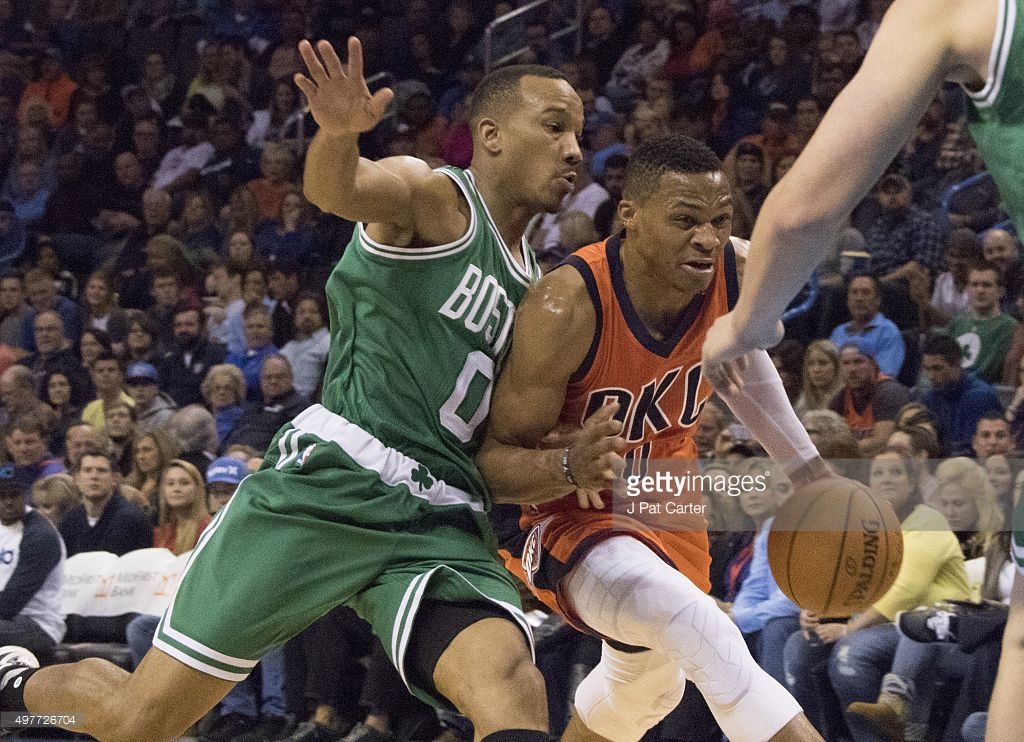 From Gritty Granite to Polished Parquet, It’s the Same Game

Does the etiquette of pick-up basketball still require an advantage of at least two scores before victory can be claimed and the “Next!” challenge accepted?

You know, “Game’s to 15, win by 2!” A deuce-game – not sudden death, but “lingering death” as the great Boston Globe sports columnist Bud Collins liked to call one of the more compelling components of his beloved sport of tennis.

Now, while some of the “gear” may be similar and both happen on a “court,” street ball is hardly the dainty duel that is a tennis match even at its most competitive levels. It can be a rough-house (i.e. within the confines of a fairly universal “code”) brand of ball … expect contact.

It’s also a very straight-forward brand of competition; you gotta stop them more often than they can stop you, by hook or by crook. Call your own fouls, no refs or free throws – and if you should ever stoop to combining the terms “three” and “seconds,” you’ve committed the most technical of fouls. 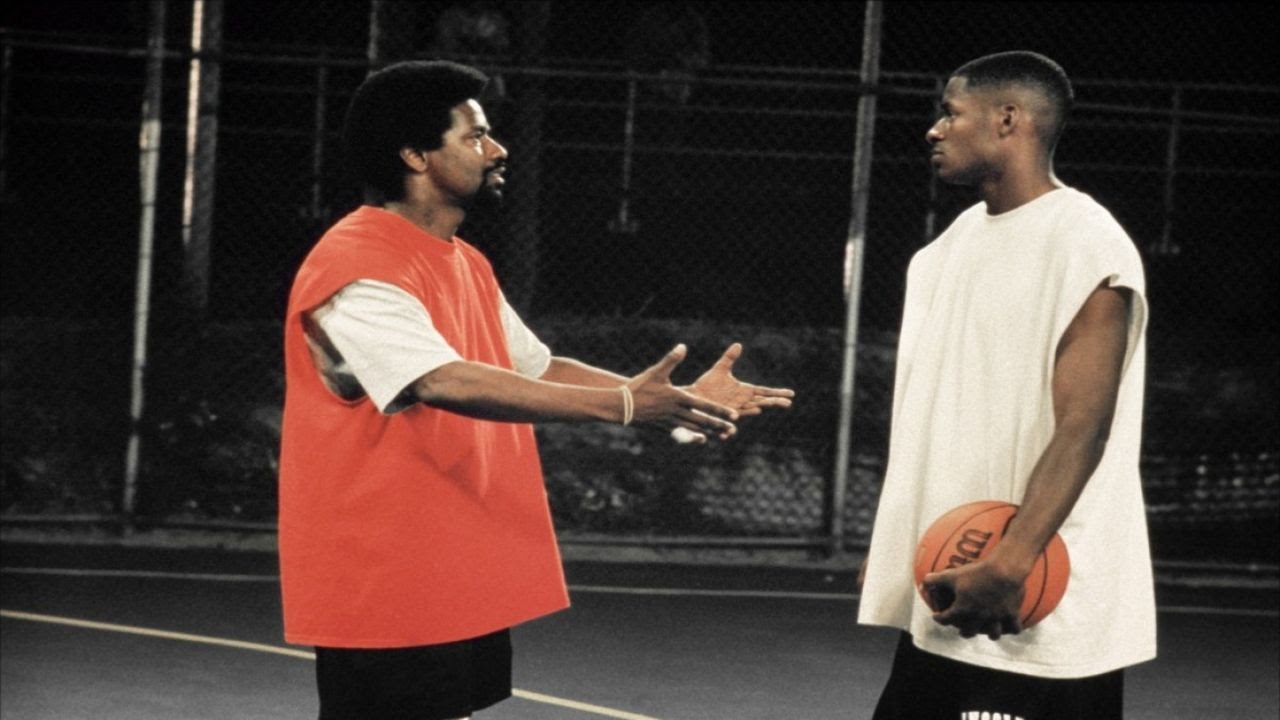 The winning team is the one that’s able to cash in more of its scoring opportunities, to convert its possessions at a more successful rate. The “win-by-two” stipulation ensures equitable opportunity.

That’s really the essence of the sport of basketball, winning or losing a possession at a time … those crucial “We need a hoop right now!” or “Time to get a stop, boys!” moments that arise all through a game, even in its most nuanced and officially codified forms, up to and including the National Basketball Association.

Even in organized ball, with its multi-tiered scoring system and timed play, a basketball game is won or lost on the basis of who holds an edge in the matter of stops and conversions within the flow of the play. Not all games, mind you, but far more often than not – in the 75-80% range, I’d assert.

For instance, in 69 of Boston’s 2015-16 regular-season games – as well as all six games of the playoff series against Atlanta – the winning team recorded more stops. (Three times, the teams were dead even in stops.)

Now, to my saber-metrically limited knowledge, a “stop” is not a commonly recognized hoops stat … neither is a “conversion.” So where do these numbers and percentages come from?

Actually, directly from just about any box-score nowadays.

Just take the number of missed field goals (attempts minus makes), subtract the offensive rebounds, and then add the turnovers. Voila, you’ve calculated a team’s “empty possessions” – that is, the other team’s “stops.”

[DISCLAIMER: I look forward to the day when Team Offensive and Defensive Rebound totals become more easily accessible. That would put a bit more accuracy and validity into data like this … If I’m not mistaken, there is a formula utilizing a team’s Offensive Rebounding Percentage that offers an estimated adjustment to account for such unattributed possession-savers/enders.] 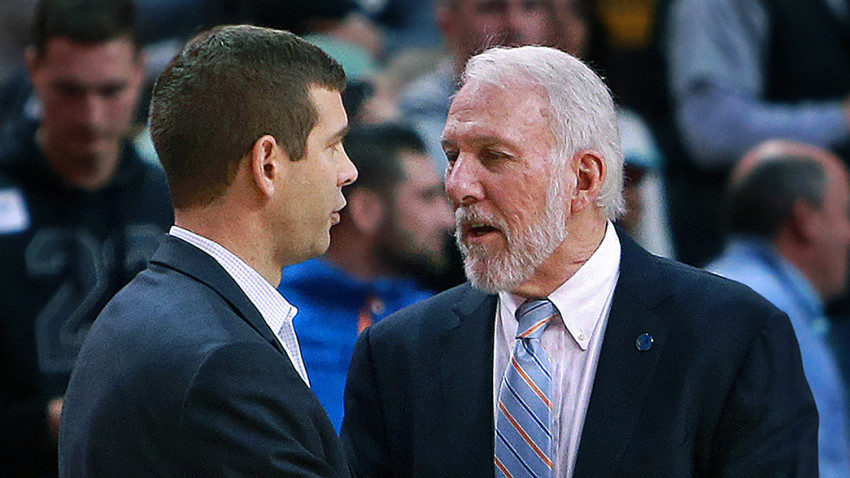 Patterns Trends and One Enigma, Coming Right Up

Coach Pop’s guys are one of only three teams who’ve out-played their opponents by this standard in each of the past five seasons, the others being Oklahoma City and the Clippers.

At the other extreme, four teams own a current five-year streak in getting outplayed schoolyard style.

Would you believe me if I told you that one of these teams has reached Round 2 of the post-season in two of the last three years – THAT streak coming on the heels of a season when they’d sat fourth from the bottom (-3.40). This season, they ranked No. 22, got 1.28 fewer stops per game than their opponents, yet still earned a fifth seed in the title tournament.

So, how does so inefficient a team by the standards of grass-roots ball claw its way to the 12th-best record in the NBA?

The answer again is grounded in ordinary box-score data.

On the Other Hand …

What, pray tell, was going on in those 10 Celtic games in which the team with more “empty possessions” (i.e. the guys that would have lost on the playground) winds up winning?

Either somebody threw the game away at the free throw line, or the other somebody took it away from the three-point arc … or maybe a little bit of both.

To calculate the effect that these layers of scoring have had on a game, simply subtract a team’s missed free throws from its successful three-point shots. The result, of course, represents the number of points gained or lost through this specialty shooting.

As an example, let’s consider Boston’s early February home match-up with the LA Clippers. The Celtics missed 48 of 95 shots, negated eight of them with offensive rebounds, and tacked on 10 TO’s – 50 empty possessions. LA amassed 41 misses, 9 OR’s and 14 TO’s for only 46 times stopped. 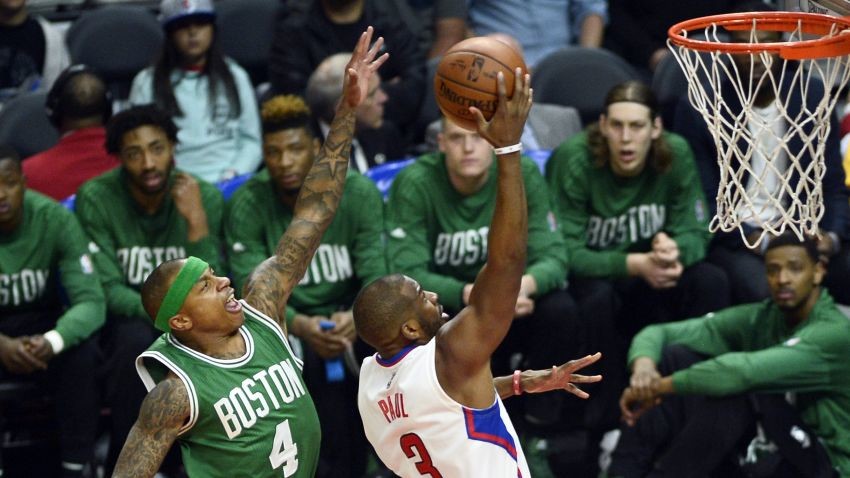 But the C’s drained 13 treys to only five misfires from the charity stripe, an eight point increase … that’s the equivalent of four successful possessions – like getting a four-hoop bonus in a pick-up game.

On the other hand, the Clips, who did notch a dozen three-pointers, also missed 16 freebies – a decrease of four points, or two possessions.

Thus, specialty shooting creates a double-digit swing in the expected outcome. A four-hoop (or eight-point) LA win morphs into a two-hoop (or four-point) loss.

Certainly, a six-possession flip-flop like this is an extreme case. But through 82 games, the Men in Green gained an average of 1.15 pseudo-conversions per game in this manner – sixth-best in the league. That’s particularly impressive given the boys’ woeful No. 28 ranking in 3FG marksmanship.

Actually, Boston is one of only six teams whose specialty shhoting has produced a “plus” per-game score in each of the last five seasons. That sextet is rounded out by Golden State, San Antonio, Atlanta, Indiana and that afore-referenced squad that keeps inexplicably reaching the league’s Elite Eight.

After topping the league for two seasons in this area, the Portland Trailblazers’ 1.61 per-game conversion gain was good for but second this time around, to Golden State’s ridonculous score of 3.07. (The Blazers and Dubs are the only teams to post a season score of +2.00 or better over the five years for which I investigated this idea.)

Here’s a listing of this season’s top-performing teams in these not-quite-parallel paths to victory.

There are 16 teams represented in the above chart, 13 of whom qualified for the postseason including all the best schoolyard ballers. The three playoff teams not there … Houston , Detroit and Memphis, who collectively went 1-12 in the opening round.

The logic and mathematical reasoning behind all this statistical manipulation seem sound.

The Moral of the Story

There is, though, one little thing about this that bothers me … kinda ruffles my feathers as an old-school hoops purist, you might say.

The trouble-spot in these calculations it that it becomes beneficial for a team to maximize its opponent’s missed free throws – as was the case in that Celtics-Clippers game, in which Los Angeles attempted 50 foul shots. Was Hack-a-DeAndre in play that night? 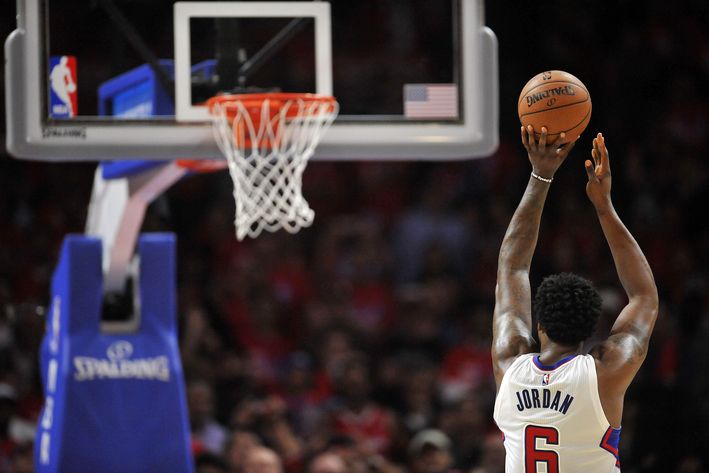 Commissioner Silver is giving indications that he’d like to find a disincentive for the use of that particular strategy in his league.

Well I’ll tell ya what, Adam. If you should ever choose to make that your No.1 priority, allow me to provide you the means to that end.

This plan will also eliminate those annoyingly long video reviews, along with the need for clocks or even game officials.

Just play it like pick-up ball – let the players make their own calls in accordance with the code of the Game.

No free throws or three-pointers.