Did having so many picks hurt the Celtics' ability to get things done on draft night? 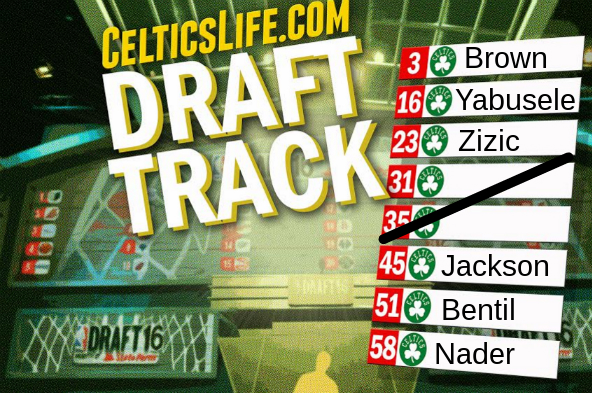 During his press conference immediately following the draft, Danny Ainge was asked what it was like to have an unprecedented eight picks (watch the video here, the following quote comes after the 12-minute mark):

Yeah, so let's not do that anymore. ... And not only that, the process of going through eight picks.  We had 120-130 people come in for draft workouts, and then we saw another 50-60 around the country.  It's very time consuming.

In retrospect, acquiring such a large number of choices in one draft was almost certainly a bad idea.

Only time will tell if Ainge and company made the right selections--there's no way to know now about the NBA future's of Jaylen Brown, Guerschon Yabusele, Ante Zizic, Demetrius Jackson and Ben Bentil (sorry Abdel Nader).  But, what if the C's didn't scout any of them well enough because they were preoccupied by having to look at so many different players?  Had the Celtics put all of their efforts into just one or two picks, obviously they would've been able to devote more time and energy into making sure they had the right guy(s).

However, the real consequence of all the chaos (as Ainge put it) might be the moves Boston wasn't able to make.  If the Celtics had had less on their plate last Thursday night, maybe they could've spent more time trying to work out a deal with the Sixers, or talking to Chicago about Jimmy Butler?  Maybe Ainge could've given the Kings a call and tried to trump Phoenix's offer for No. 8, or explored more options and found a better deal in the second round than 31 and 35 for a protected 2019 first-rounder?

It's a real Catch-22.  Owning all these picks opened up limitless trade possibilities, but it also may have prevented them from focusing enough to pull any of them off.