Eye On The Draft: Dragan Bender's strengths and weaknesses 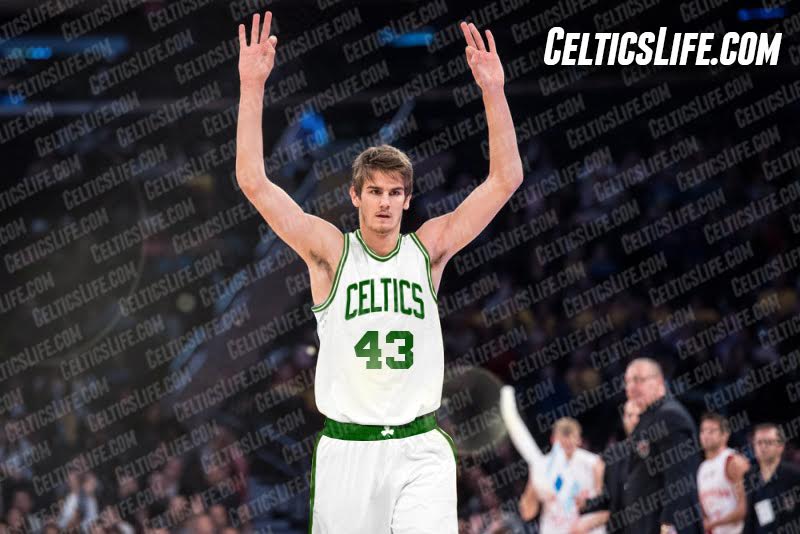 Last night we featured Buddy Hield. Today we'll take a look at the player who has appeared #3 on the most mock drafts, Croatia's Dragan Bender. Bender enters the draft a year after the Kristaps Porziņģis mania from last year's draft. People thought Porzingis wouldn't make an immediate impact. Stephen A. Smith killed the choice after the Knicks drafted him. Carmelo Anthony was pissed at the selection. This year we have Bender a much more difficult prospect to project. He's super young and has been playing against older players, so his highlights are underwhelming. But as you can see from the videos below, he does things that very few 7 footers can:

Ainge is obviously going to try and trade the pick, but the names we all want to hear coming back won't be attainable for just the 3rd pick. If he keeps the pick, he'll pick the best player available as he 100% should. The main question I think the Celtics need to determine with a player as raw as Bender is what is his drive. Porzingis succeeded partly because he has that drive. So did Dirk. Other sweet shooting 7 footers like Darko Milicic and Andrea Bargnani didn't. If Bender has the drive he has the potential to become a star. If not he may max out as a role player with a Kelly Olynyk skill set. Not bad, but not worth the highest Celtics draft pick in 19 years.

"Dragan is more advanced at his age than Kristaps Porzingis was when he was 18," a longtime NBA scout said. "Dragan has great length, and he can block shots. He can run the floor, and his ability to finish at the rim is exceptional. His shot is getting better all the time. On defense, he has the ability to guard the 4 or the 5. He needs to gain weight and strength, but his potential is jaw-dropping."

And here's the video I reference in the comments section of Bender scoring 43 vs. Bologna:

What are your thoughts on Bender?

Related: Eye On The Draft: Buddy Hield's strengths and weaknesses