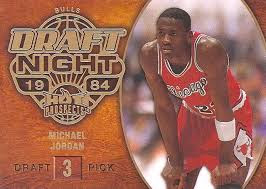 Even Danny Ainge let himself get excited on lottery night when the Celtics were assured to be in the top 3 going into that tense commercial break. Unfortunately for every green-clad, lucky charm wielding Celtics fan, the Green did not vault into the top two, where the two players in the 2016 draft pegged as franchise talents (Ben Simmons and Brandon Ingram) will most certainly come off the board. However, as history shows, the number three pick isn't just a consolation prize -- it is often the safety net through which elite prospects rarely slip.

In the course of NBA history, it has normally been the number two pick that has fallen upon ill luck. Derrick Williams, Darko Milicic, and a host of other cant-miss players selected second overall have fallen woefully short of their pre-draft expectations -- but the same cannot be said for the players picked in the third slot:


Among that list alone, there are six all-stars, two surefire hall of famers (Gasol and Anthony), and a few mroe recent young players who have already proven that they can compete at an above-average level. While some die-hards might bemoan selecting say, an Al Horford rather than a Simmons or Ingram, the fact remains that many recent number three picks have become productive players, and in the crapshoot that is the NBA draft that is never a guarantee.

There have been busts at the three spot, of course, as there have been at every slot in the entire draft. Mike Dunleavy Jr. hardly had a career worthy of a third pick, and Adam Morrison became a punchline almost immediately upon hitting the NBA hardwood.

But look closely at the number three picks over the past five years. Besides Embiid, who has yet to play, each player selected at the three spot since 2010 has become at least a competent player, and three (Beal, Okafor, and Porter) have proven that they belong while still harboring plenty of upside.

To make the sentiment short and sweet: if your worst choice is Enes Kanter, you're in a pretty good spot.

Even if we expand the sample past the year 2000, the history of the third pick remains strong:

With the advancement of scouting, both international and in the United States, draft pick busts have fallen off to a certain extent. But even going back to 1980 (when the Celtics fatefully selected The Black Hole himself, Kevin McHale) the third pick is more often than not a fruitful placement. Ignoring that the greatest player of all time -- Michael Jordan -- was selected third in 1984, the above list is loaded with hall of famers and all stars.

In the 2016 draft, the third pick seems like an unlucky draw. Unless Philadelphia or Los Angeles fall in love with Dragan Bender or Kris Dunn, or the Sixers re-hire Sam Hinkie so he can draft Bender and force him to stay in Israel for two more years, it is unlikely that a Carmelo Anthony or Michael Jordan situation materializes.

But that is not to say that there is not talent at the third slot. Bender may very well have the highest ceiling of any player in this draft (though he has a long way to go to reach it), and players such as Dunn, Jamal Murray, or Buddy Hield all bring unique skill sets that mesh well with the evolving, perimeter-oriented style of the modern NBA.

So while a little more lottery luck wold have put the Celtics on a clearer path to contention, Celtics fans should hold off on ripping their hair out in frustration. First may be worst, and second may be best, but this year, third is the team with the war chest -- and the number three pick is the key that opens it.