Are the Philadelphia 76ers (finally) willing to trade with the Celtics? 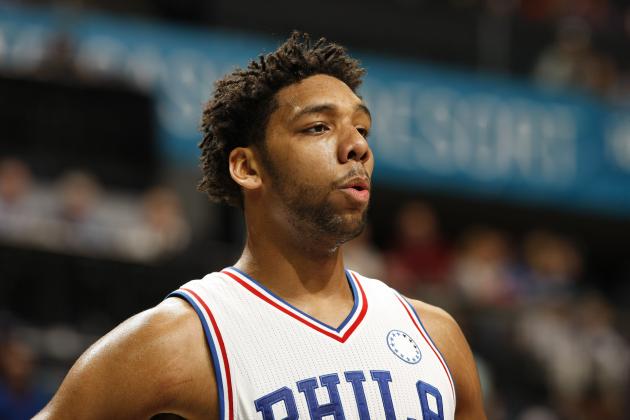 It’s a sentiment that the Philadelphia 76ers grew accustomed to under the tutelage of former general manager Sam Hinkie. But now, its seems like the Boston Celtics need to trust in their own process and not overthink things when it comes to using the No. 3 overall pick in this summer’s NBA Draft.

Ever since that ping-pong ball gave Boston the No. 3 pick, Danny Ainge’s phone has been ringing non-stop. It’s an appealing selection to have, with the likes of Jamal Murray, Kris Dunn (Eye on the Draft coming soon), Buddy Hield and Dragan Bender available (assuming that Ben Simmons and Brandon ingram go No. 1 and No. 2, respectively).

Rumors have been flying that the Celtics are interested in trading the third pick to the 76ers in exchange for Jahlil Okafor, who was also rumored to be in trade talks earlier this season with the C’s before the trade deadline. But Hinkie and Ainge couldn’t come to terms on an acceptable deal.

However, with Hinkie out of Philly, Steve Bulpett of the Boston Herald thinks that new GM Bryan Colangelo may be willing to play ball this time around.

Here is an excerpt from Bulpett’s interview with Colangelo:

“I think that we have to say that everything’s on the table. We’re just not good enough right now as a team to hold anything back, but we need to make sure that any decision that’s made, whether it’s existing players being traded or any picks being traded, you need to do it in a prudent and pragmatic way. We want to build this thing the right way...

“Now if the right opportunity comes along that we can utilize that flexibility that we want to maintain, I think that we will contemplate it. But you’ve got to put a lot of process into it. You’ve got to go through all the systems and checks and balances that we will go through on every decision that’s made.”

Building the right way is obviously the right thing to do with a franchise, right?

It makes sense for the Celtics to trade for Okafor because they need a big man who can take the ball and put it in the basket. Brad Stevens doesn’t need another Jared Sullinger or Amir Johnson to frustrate the fan base any longer.

MattDotRich from Celticslife.com also wrote a good piece you should check out on the 76ers leverage with trading Okafor.

The trade also makes perfect sense for Philly. They can draft Simmons first overall, trade Okafor to Boston for the No. 3 pick, draft Murray or Dunn, and then if Colangelo is feeling frisky, he can get in bed with another GM and trade Nerlens Noel.

After all, he will have Joel Embiid (according to Embiid’s twitter) and Dario Saric in the frontcourt next season alongside Simmons, so why not trade Noel as well?

Both teams need to make a trade in this draft. Why not make it with each other?