The Celtics need to wreak more havoc to win Game 6 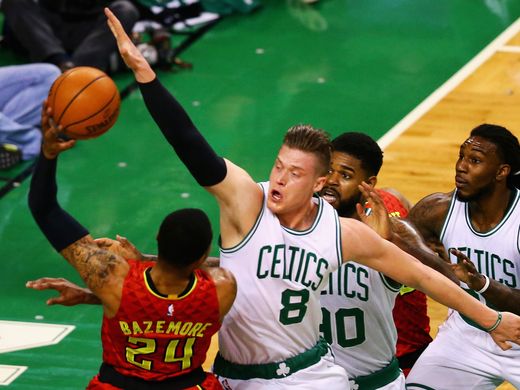 Last night was gross. Let's not even get into it.

At least there's a crystal clear difference between the Celtics wins and losses in this series that can be a point of emphasis while the Celtics peel themselves off the mat and ready themselves for Game 6.

Three Hawks wins: Celtics had 8.3 points off turnovers per game.

All the x's and o's you want really just come down to one simple fact: the Celtics defense needs to create for their offense. That's easier to do with the TD Garden crowd going bananas behind them. Heading back to Boston down 3-2, the Celtics have to get hands in the passing lanes and be disruptive when Hawks get into the paint. They can't let the Hawks offense get into a rhythm. They have to make it harder for Atlanta to find the open man.

Crowder, Turner, Smart, and Thomas should be looking to advance the ball quickly off turnovers and long rebounds and get points before the Hawks can set up their defense. The Hawks won't be able to trap (and smother) Thomas if he's streaking to the hoop in transition. These Celtics are at their best when they play with pace, and that all starts with their defense. If their D can consistently cause trouble for the Hawks, the Celtics have a good chance of stretching this series to the limit.

With the crowd ready to help propel them to victory tomorrow night, I see this series going seven.

And anything can happen in a Game 7.