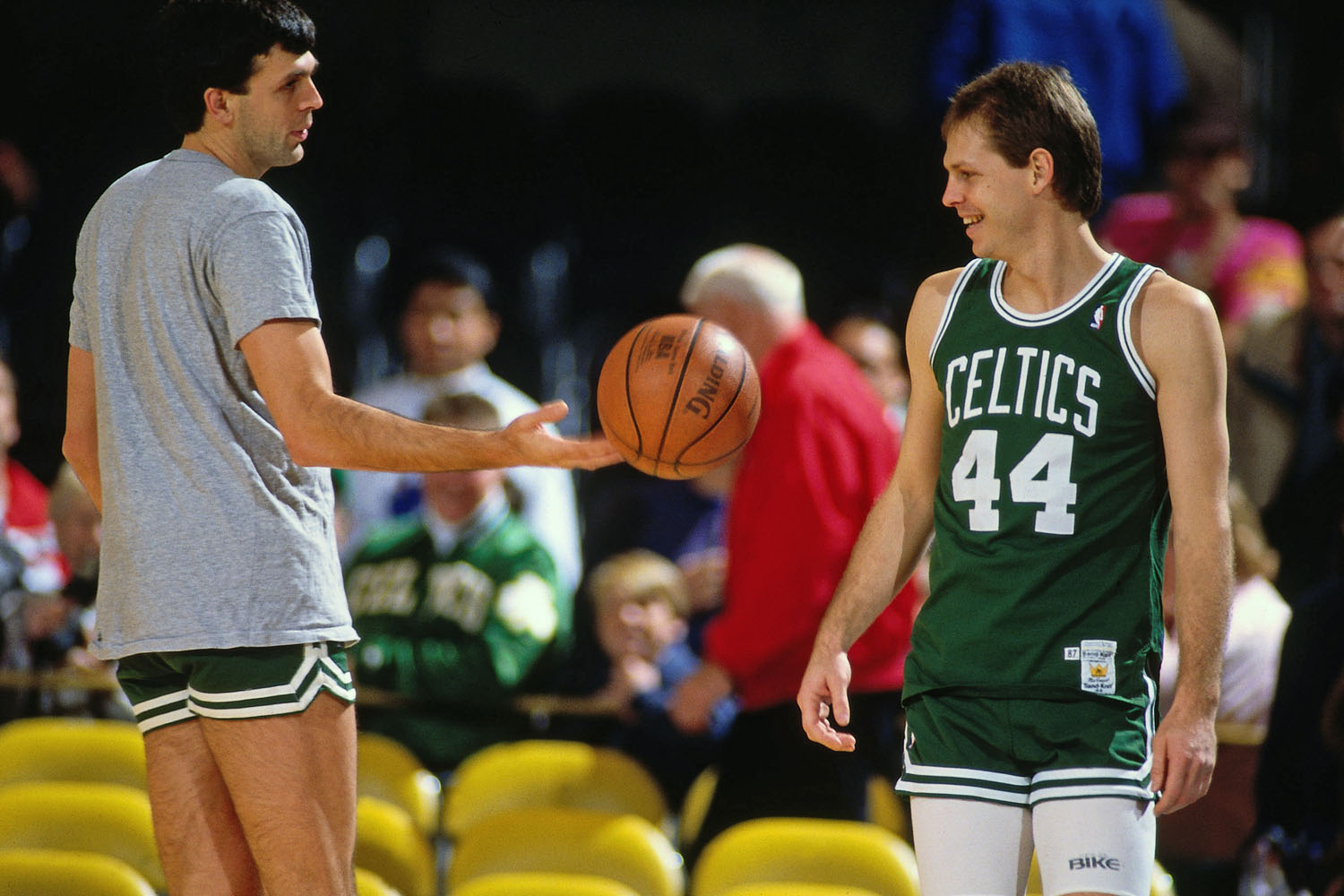 Following the Houston Rockets' firing of head coach Kevin McHale on Wednesday, there has been talk about Danny Ainge recruiting his old friend to fill a coaching role on the Celtics.

Via Steve Bulpett of the Boston Herald, Ainge said his interest in McHale stems from Kevin's knowledge as a former 13-year NBA power forward:

"I've always tried to get Kevin to come work with me and work with my big guys. I told Kevin that today," said Ainge, who is on the road scouting college games. "We've got a spot for him. I know we could figure something out for him in some capacity, but I think he's just in a wait and see mode."


Specifically, Ainge joked that he would like it if McHale taught the current Celtics bigs the "slippery eel", one of his many effective signature post moves that played a role in his long list of accomplishments that includes seven All-Star appearances, two Sixth Man of the Year awards, and three NBA Championships:

"He'll have some opportunities in TV, and maybe when the dust settles I can get him out to teach the slippery eel to Kelly [Olynyk] and Sully [Jared Sullinger] and Amir [Johnson]," Ainge added with a laugh, referring to one of his old Celtic teammate's inside moves.

Danny saw McHale's legendary career firsthand as his teammate and the two developed a solid friendship, so it's no surprise that he wants to bring him back to Boston.

If you ask ESPN host Dan Le Batard, however, he'll say that Ainge has some ulterior motives for his pursuit of Celtics' great.

Le Batard thinks Danny "owes" Kevin McHale a job for his work in completing the Kevin Garnett to Boston deal back in 2007 when he was the head coach for the Timberwolves, a trade that essentially saved Danny Ainge's career as a GM:

“Danny Ainge says that Kevin McHale can have a job with his franchise whenever he wants,” Le Batard said Thursday. “Yeah, of course he can. He’s going to be paying the debt for the rest of his life of, ‘Yeah, you gift-wrapped me the prime of Kevin Garnett’s years. You gift-wrapped Kevin Garnett’s prime to me.’ ”

There's no question that Kevin McHale could have a positive impact on this Celtics team that's full of talented big men who are still trying to develop their game, but we shouldn't get too excited about the the possibility.

Ainge is under the impression that McHale, although he was appreciative of the offer, has his mind on other things at the moment:

"He appreciated me reaching out to him, but I think he's just going to lay low. He's probably got bigger and better things to do -- or more relaxing things to do."


The idea of two members of the 80's Celtics teaming up on the staff of the current C's is certainly intriguing, but as of right now it seems like no more than a pipe dream.