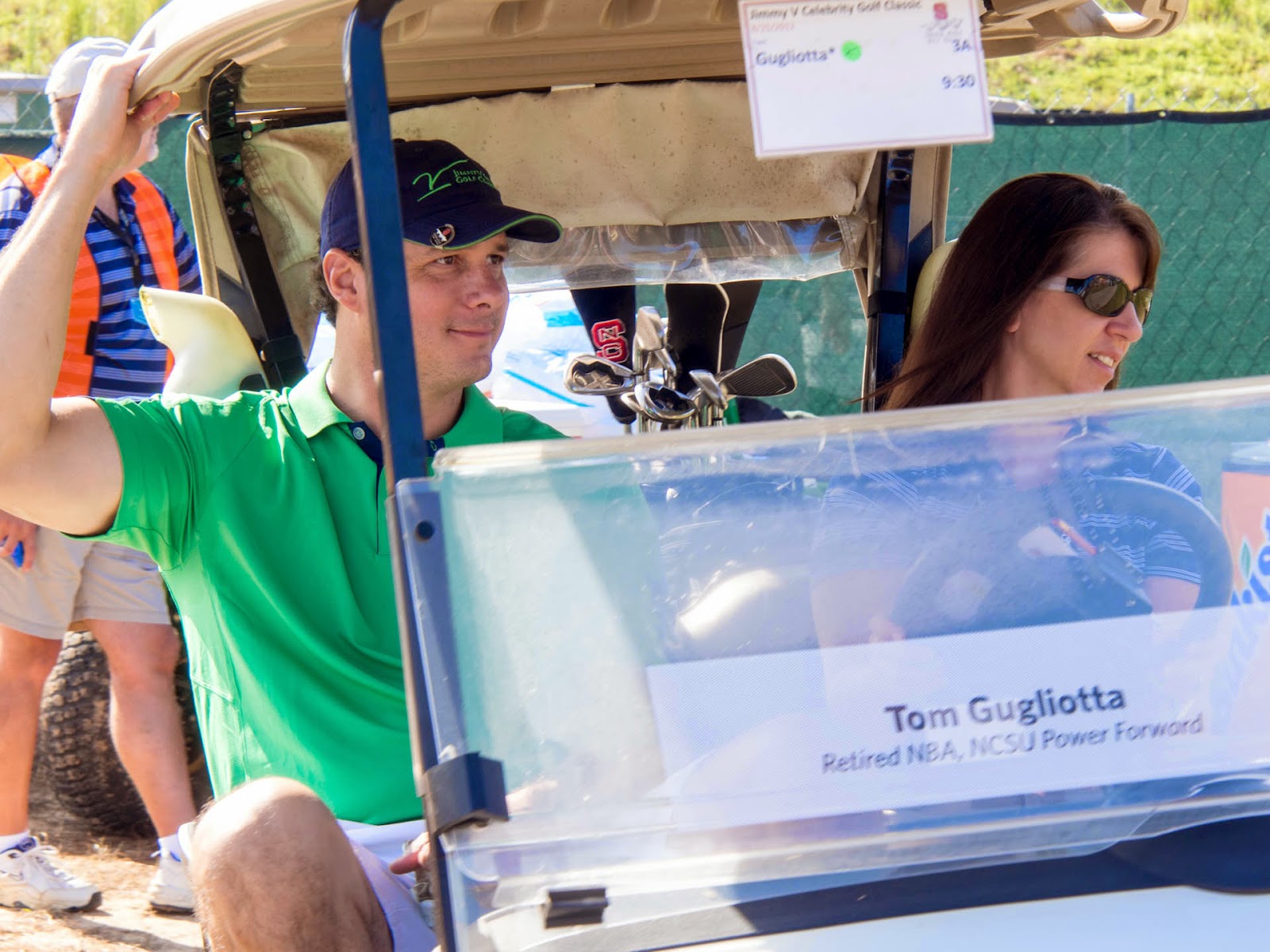 "Cause Googs is nice," - Fall 1996, 2nd year forward Kevin Garnett, on why the team he creates for NBA Live 96 Sega Genesis consisted of 4 Kevin Garnetts and 1 Tom Gugliotta.


He had what Paul Shirley once called "the worst tattoo in the NBA, the barbed wire on the bicep."  He was the second NC State alumni to be featured in WTHHT (after Chris Corchiani).  If you followed the NBA closely in the 1990s you absolutely remember Tom Gugliotta.

Googs was the 6th overall pick in the 1992 draft.  I remember that draft well because it included Shaq, Mourning, and Laettner.  I also remembered because I thought it was weird the music they played upon Tom being called to the stage was the "Superman" theme song, despite Shaq getting picked number 1.


He showed pretty much right off the bat he could play: first in Washington and then in Golden State where he was traded along with three number one picks for Chris Webber.  After 40 games with Golden State he was moved to Minnesota in a deal for Donyell Marshall.  He'd really flourish with the Timberwolves.  Along with young phenoms Kevin Garnett and Stephon Marbury, Googs helped lead the Timberwolves to their first franchise playoff appearance in 1997.  A lot of optimism was brewing in Minnesota. 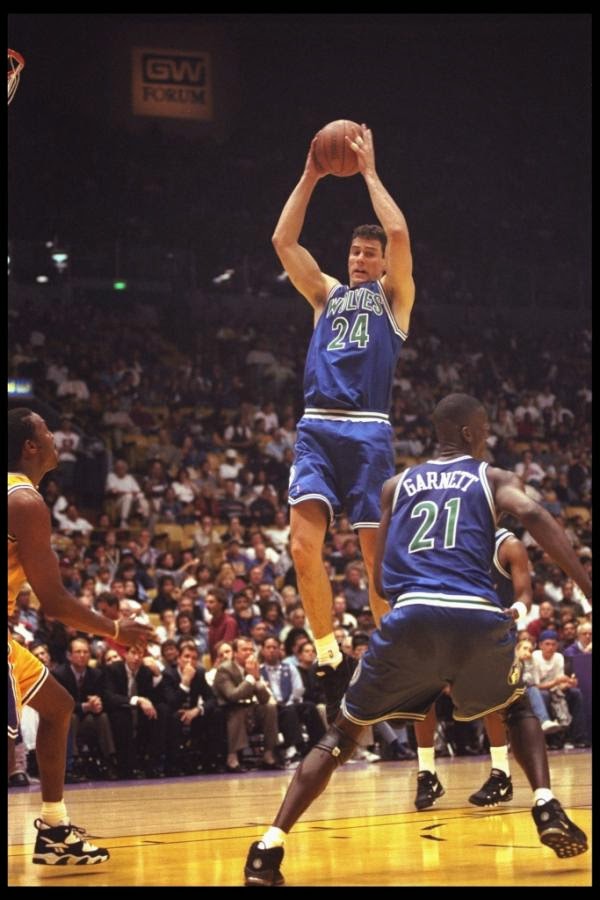 But the stardom for the big 3 in Minnesota turned out to be very short-lived.  Googs didn't get the type of offer he wanted from the T-Wolves amidst the lockout of 1999 and bolted to Phoenix.  Marbury bumped heads with KG over who was to be the alpha dog, and hence forced a trade to the Nets.  As for Googs, he had this to say at the time of leaving Minnesota:

"Part of what happened earlier in my career with the trades, I don't feel attached to one team. Maybe that's unfortunate.  But that's what my experience has been. I want to compete and get deep in the playoffs and I don't feel you have to be with one team."

After 5 seasons in Phoenix he was moved to Utah where I forgot he played 24 games during the 2004 season.  The Celtics came knocking soon, and inked Googs in August of 2004, after his prime and after his injuries had taken their toll.  At the time, GM Danny Ainge had all the right things to say:

We're getting a very versatile player," said Celtics Executive Director of Basketball Operations Danny Ainge who coached Gugliotta in Phoenix. "Along with his versatility, I think his physical and mental toughness are his greatest assets.  He is a guy that can play a little bit of center in a pinch for Doc (Rivers)," continued Ainge. "He can play small forward, can play power forward. He can pass, he can shoot and create off the dribble. He's a complete basketball player. He really knows how to play the game." 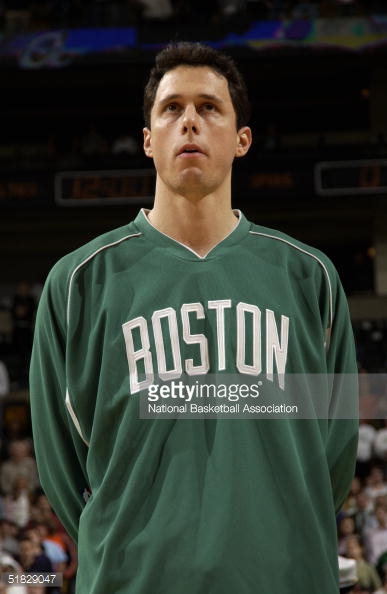 Tom unfortunately proceeded to do a whole lot of nothing, appearing in 20 games and putting up some of the worst stats of his career (explained further below).  In February of 2005 the Celtics included him in the Gary Payton trade for Antoine Walker, to get salaries to match.  Tom finished up that season with the Hawks and then retired.

The bottom line: Gugliotta could really play.  In fact I sort of think he was the best American white player from when John Stockton played until Kevin Love in recent years.  Better than Keith Van Horn.  A better pro than Christian Laettner.  If you forgot about him, he could shoot, was mobile, and could finish the break.  He was a solid rebounder and ball-handler too.  His ceiling was where I thought Toni Kukoc would get to during his career, though Kukoc fell short (Toni was a better passer).

Don't believe Gugliotta's skill level?  Check it out for yourself:

I always liked Gugliotta and was hopeful he might have had something left in the tank for the 04-05 season (can you believe it was 10 years ago?!).  Thinking back on it, I wouldn't have remembered he was included in the Payton for Walker trade to get salaries to work.  Or that he wound up playing more games for the Hawks that year (27) then he did with the Celtics (20).  His stats those 20 games were really lousy, shooting under 30% from the field and under 70% from the foul line, very atypical of his peak-years performance.


Speaking of his stats I wouldn't have known two things: he shots a ton of 3s his first years in the league with Washington and Golden State, over 135 a year.  For the rest of his career he never had a season where he took more than 93.  Secondly I would've expected his free throw percentage to be a bit higher than the 76% he averaged for his career.

He only made one All Star Game (1997), never made an All- NBA team and only appeared in 12 playoff games for his career.  Injuries began derailing his career in Phoenix.


But the injuries pale in comparison to the incident that nearly took Gugliotta's life. On December 17, 1999, Googs took GBL (short for gamma-Butyrolactone), an ingredient in a supplemental sleep aid. GBL also has such industrial uses as glue and paint remover; it's not something you want to put in your body.

The GBL triggered a seizure and Googs likely would have died if not for his wife thinking to call teammate Rex Chapman, who went back to the team bus and found Tom's gym bag. The bag had remained on the bus after Googs collapsed, and in the bag was the offending product he had taken. The information about what Googs had taken was relayed to the ER doctors. His doctors later said that without receiving that information in a timely manner, Gugliotta would have died. 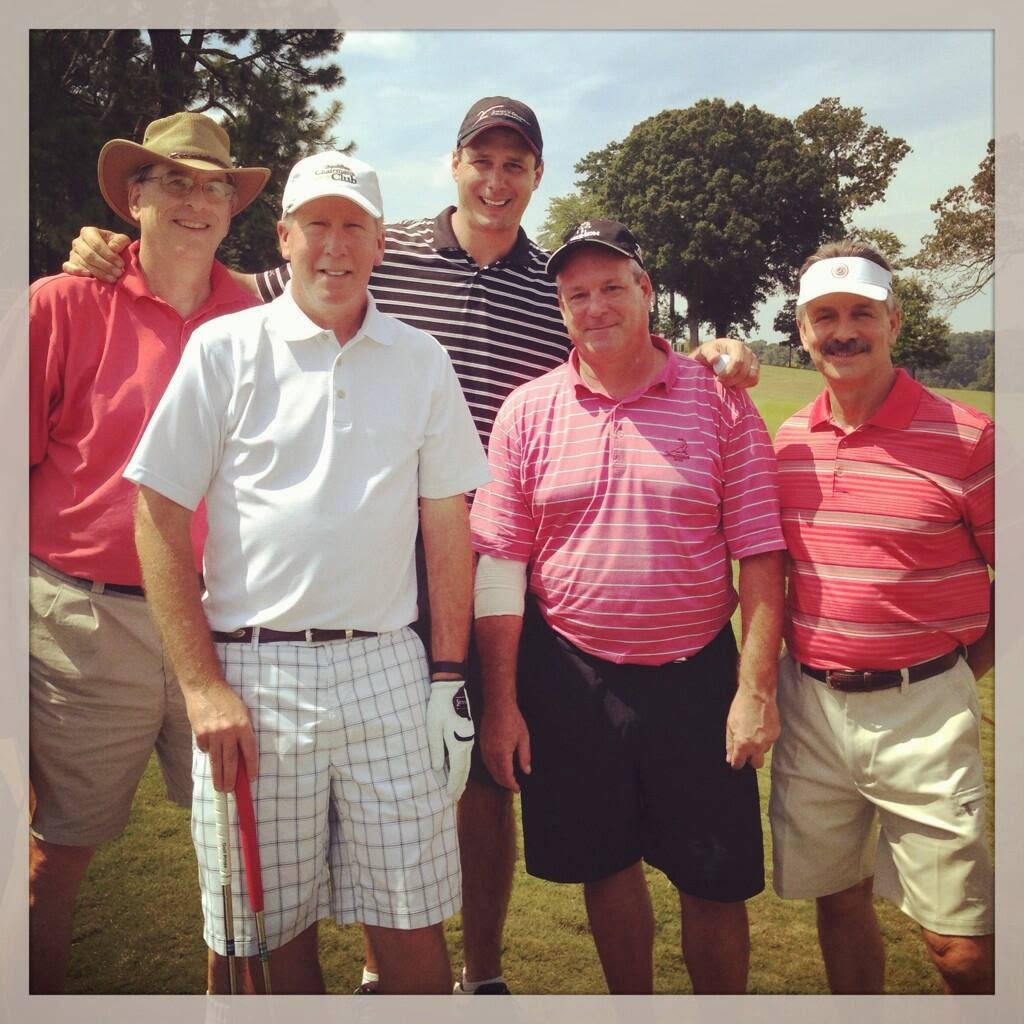 A number of other deaths had been attributed to GBL already, and the publicity of this incident helped the FDA ban GBL for human consumption.

On a more light note, who remembers the "Fun Police" commercial with Googs, KG, and Cherokee Parks?


[Tangent time: I really thought Cherokee Parks would've had a better NBA career.  I get it that Duke players generally disappoint in the pros.  But I expected him to be more serviceable, a la Shane Battier.  I was wrong.  And speaking of Parks, do you know what he's up to today?]

Tom even one time pretended to be working at a car wash in Arizona.  I couldn't embed that but you could watch it here if you'd like. 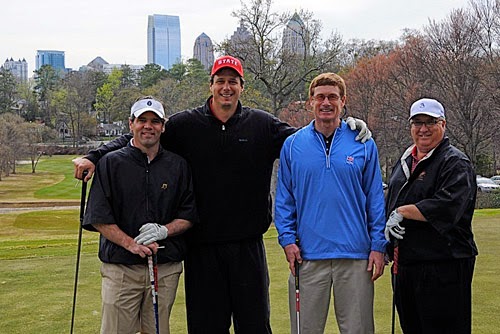 So what does Tom do today? He plays golf.  Lots and lots and lots and lots of golf as you can see from the pictures.  He somewhat recently moved from Phoenix to Atlanta to be closer to his daughter.  He's worked at youth clinics for the Atlanta Hawks.  Otherwise, that's it.  He made over $80 million during his career and likely invested it well and is just enjoying his life.