What the Hell Happened to...Raef LaFrentz? 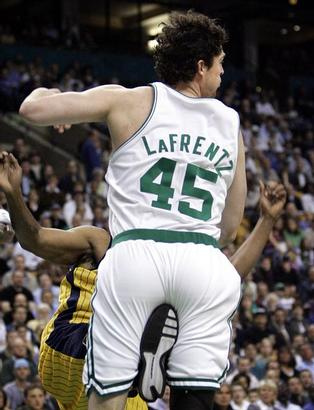 He was a High School All American and a college teammate of former Celtics' Paul Pierce and Scot Pollard.  He was the #3 pick in the 98 draft, a draft whose best players wound up getting selected at #s 9 and 10.  Along with Theo Ratliff he became synonmous with the term "expiring contract." If you followed the Celtics just last decade you absolutely remember Raef LaFrentz.

Raef first dunked a basketball in 7th grade growing up in Iowa and in addition to being a promising hoops player was also a champion swimmer in high school.  His parents, Ron and Ellen, took his name from the 1960 movie Home From the Hill although in that movie it was spelled "Rafe."

He was a McDonalds All American at MFL MarMac in Monona, Iowa before heading on to the University of Kansas.  It was at KU that he'd be part of those highly-rated Kansas teams that always seemed to disappoint come NCAA tournament-time.  The Nuggets would take him #3 overall in the 1998 draft.

After stops in Denver and Dallas, Raef was traded along with Jiri Welsch for Antoine Walker and Tony Delk.  I wasn't so pissed at the acquisition of LaFrentz as I was at seeing Antoine leave at the time.  This was in the Fall of 03, right when Danny Ainge was brought on board, and the Celtics were just over a year removed from their run to the Eastern Conference Finals where they were lead by Pierce and Walker.  With the Celtics being as abysmal as they were for as long as they were, trading a player of Walker's talents made me very upset and highly questionable of Ainge's GM intelligence (in 2015 I'm still not entirely sure of this deal: he acquired Raef in year 2 of a $70 million contract for 7 years.  7 years is awhile to have someone on the books).  You deal with enough Jimmy Olivers and Greg Minors over the years that when you have an Antoine Walker, a guy who was one of the most talented players the Celtics had since Reggie Lewis died, and you'd like to think you could acquire more than LaFrentz and Jiri.

In his 2005 season he was a key contributor on a playoff team that I had high expectations for.  He averaged over 11 ppg and was definitely in the mix.  2006 the team regressed, and lost their identity.  Raef's role wasn't as prevalent.


Unfortunately for him, right at the same time, his contract was getting ready to expire.  This was around the dawn of expiring contracts being considered valuable trade chips, totally changing the NBA landscape from yesteryear when guys were traded not for cap relief but for who they actually fetched in return.  The Celtics, who had the #7 pick in the 2006 draft, moved that pick (who would become Randy Foye) along with Raef and Dan Dickau to the Blazers for Ratliff and Sebastian Telfair.  I never really understood this deal at the time but I guess it came down to Danny Ainge thinking Telfair would be as good as a top 7 pick in that draft (he wasn't).  Of course all wasn't lost as we know Ratliff became a key guy to get Garnett just a year later. 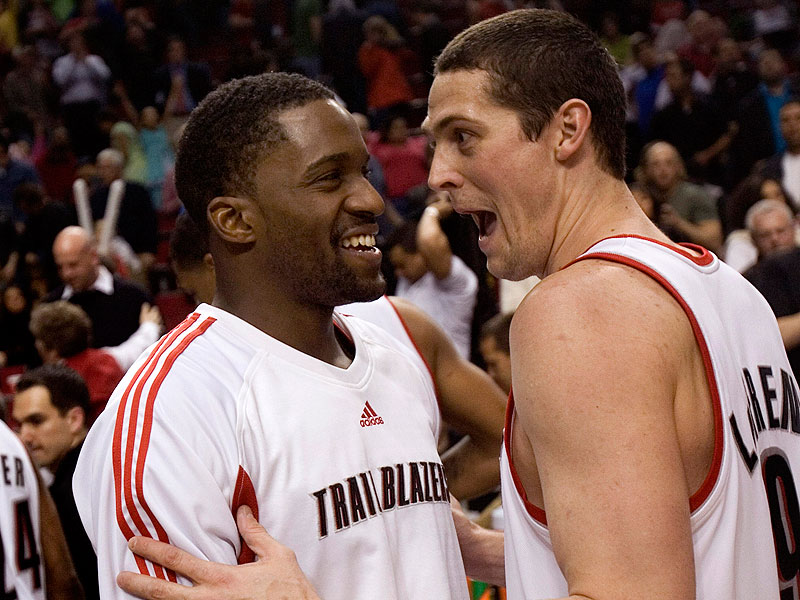 Raef proceeded to do a whole lot of nothing in Portland: two injury plagued-seasons while calling it quits after the 2008 campaign.

Even though he didn't retire that long ago, count me as someone who thinks LaFrentz would flourish even more-so if he came along 10 years later.  It used to be guys who shot from the perimeter and were tall (this means you Brad Lohaus) were afraid to mix-it-up inside.  But don't think I'm comparing Raef to Brad; that wasn't even close. 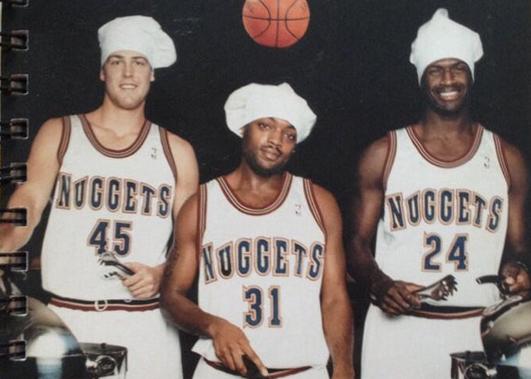 Raef could stretch the floor and while he didn't post-up pretty much ever, he never really tried to do more than he could.  He knew his limitations.  In hindsight I'm still disappointed the 2005 Celtics, when Antoine returned, didn't have a better playoff run.  Payton, Walker, Pierce, LaFrentz and Ricky Davis was a formidable squad.  Furthermore in Raef's case, it's disappointing it didn't turn out better for him in Dallas.  He was on them the second part of 2002 and all of 2003 and 03 was the year Dirk got injured in the conference finals vs the Spurs.  [TB Tangent: That 2003 Mavericks team was really good, probably even better than the 2011 squad that won it all.  They lost in the Western Conference Finals to the Spurs but a big reason is because they lost Dirk to an injury.  That Mavs team started Dirk, Nash, Finley and LaFrentz all in their prime.  The 5th starter was Raja Bell and their bench included Nick Van Exel.  They won Game 1, but Dirk got hurt in Game 3.  The Spurs won in 6, with Steve Kerr going on that ridiculous shooting barrage.  Spurs would win the Finals vs the Nets, meaning they became the first NBA team to win a title with a starting guard who couldn't dribble (this means you Stephen Jackson). Does anyone else remember Jackson's inability to dribble when he was out there?  It was like watching a CYO game anytime he tried to put the ball on the floor.  That loss lead to Mark Cuban letting Steve Nash walk, effectively ending the Dirk-Finley-Nash Mavs. A real shame as I'm pretty sure Dallas would've beaten New Jersey as well which would've impacted the legacies of Dirk, Nash and Duncan along the way.  And might have also added Michael Finley to the discussion of HOF induction after his playing-career. And yes I always loved Michael Finley].

LaFrentz was a good shooter from deep, shooting over 36% from 3-point range for his career.  He was also a very good shot blocker, finishing in the top eight 3 different seasons including 2002, where he finished second in the league in blocks per game.  While he was no Moses Malone on the glass, he was a serviceable rebounder too.  However once again I think he came on the NBA scene a tad early.  He played during the Shaq and Yao Ming days where big men who could stretch the floor weren't quite the hot commodity they are today.  Count me as definitely thinking Raef would've earned even more money if the majority of his prime was this decade, rather than last.

And here's something you might have forgotten: NBA Rising Stars challenge All-Star weekend in 2000.  Jason Williams makes the ridiculous off-the-elbow pass to Raef who....well watch it for yourself:

The reason they don't show the finish is because Raef missed the layup.

So what the hell has Raef been up to?  Living with his wife Joie and their sons Cael and Rex in Adams Township, Iowa. Working with his land. Lots and lots of land where he lives.  If Tom Gugliotta is known for his frequenting of golf courses, Raef should be known for laying low.  Other than accepting an induction into the Iowa Sports Hall of Fame and the aforementioned case in which he was involved with zoning concerning his 6-10 acres of property, Raef has stayed very quiet

Celticslife thanks Raef for his time with the club and wishes him luck in any future endeavors.  Be sure to check back in the future to see if anything new comes about.

PS: Why the hell does he have the blurriest photo ever on his Wikipedia page?  How is this possible?