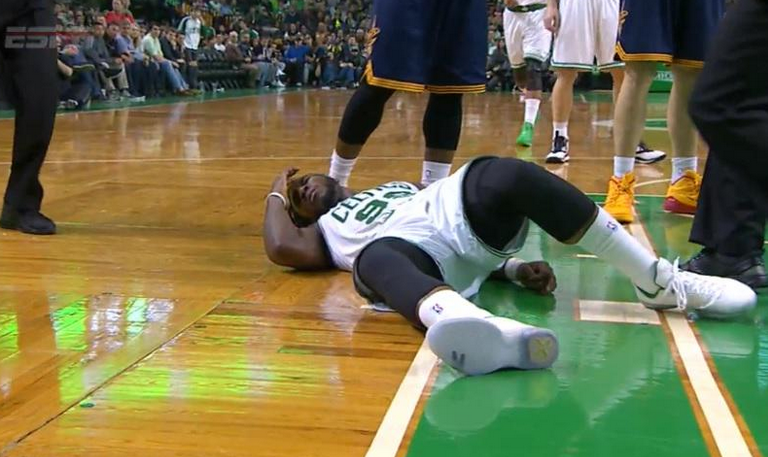 Here's the diagnosis on Jae Crowder:

Jae Crowder has been diagnosed with a sprained left ACL according to the #Celtics following an MRI
— gary washburn (@GwashburnGlobe) April 27, 2015

I talked to some of the Cavaliers players, and one of the things they mentioned to me, they said, ‘Look, what happened with Kevin Love, we’re going to retaliate.'  I think that might have happened when Perk came in the game and had the hard foul, and it could have happened with Crowder, because they banged him around pretty good. They might have been sending a message back.

Who's "bush league" now?  Love should be embarrassed by his comment that he thinks Olynyk injured him on purpose.  There is a zero percent chance Olynyk tried to hurt Love.  What would Kelly's though process have been?

"OK, let's see, I'm going to grab his arm, yank it this way, and maybe I can pull his shoulder out of its socket?"

That's not even plausible.  If Olynyk did want to hurt Love, I'm pretty sure he would have tried another method.  I'll admit, the play looks bad now, given the results.  However, I think plays like that happen repeatedly in every single NBA game.


On the other hand, it's pretty obvious that Kendrick Perkins' intentions were less than pure...