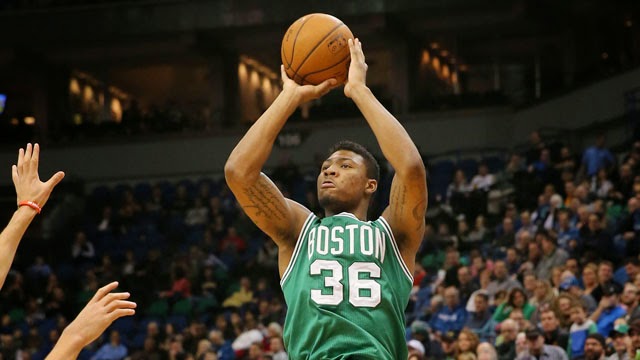 Through Dec. 31, Marcus Smart's 3-point shooting was making the draft evaluators that questioned his stroke look pretty smart. The rookie shot just 29.5 percent from deep in his two years at Oklahoma State, and while he was expected to improve, seeing his percentage shoot up so quickly has been a pleasant surprise.

Smart has been especially good above the break, making 21 of his 43 tries (48.8 percent) since the new year began. He's made at least one three in all but two of Boston's last 15 games, and he's hit two or more triples in eight of those contests. 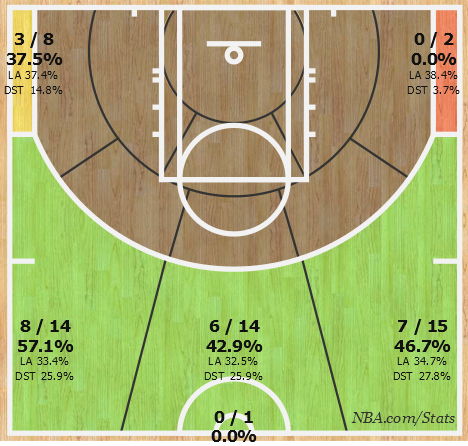 Smart has been extremely accurate in catch-and-shoot situations, connecting on 57.9 percent in such situations since Jan. 1. This hot shooting might not be sustainable long term, but it's certainly an encouraging sign. Smart's shooting is progressing faster than expected, and that's a major plus for the Celtics.