Now, this is a story all about how our five gets flipped, turned upside down 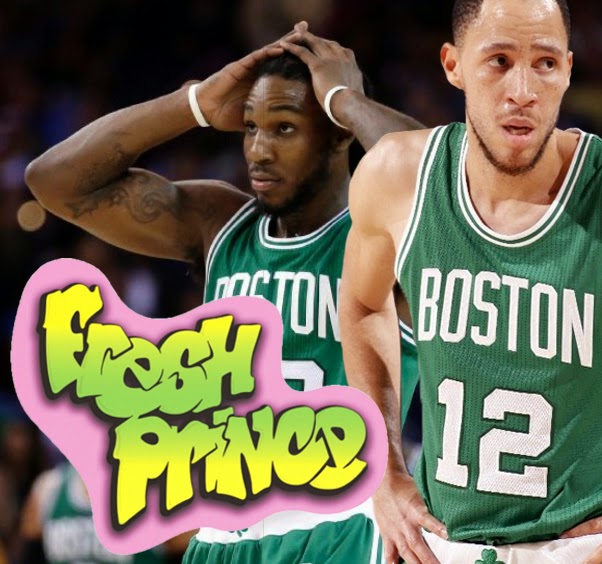 Maybe you're like me and your relationship with Tayshaun Prince has evolved through the following stages.

1. Oh! So he's included in the Green trade? I remember him from the Pistons.
2. I didn't know he played for Memphis.
3. I wasn't sure he was still in the league!
4. Wonder who we'll trade him for in a few days.
5. Oh, cute. He's wearing a Celtics uniform.
6. Whoa! He's in the game!
7. Umm, he's in the next game and did a couple of good things.
8. The team is depending on him now. He might be our most reliable, steady player!

This begs a question. After quickly emerging as a solid veteran presence on an unsteady team of young guys, should Prince move into a starting role?

Jay King shares an interesting stat on the offensive anemia of our current starting squad.


Arguments abound as to whether who starts a game is as important as who finishes. Maybe Boston should not establish a regular lineup, but rather throw five on the floor that best match up with each opponent.

In any event, perhaps because of heavier scouting, Jae Crowder's play seems to have slipped off a bit lately. Maybe it's just a minor slump or difficulty tracking his intangibles, but nevertheless possibly an opportunity to shake things up with the group that sets the initial tone for each game but adding Prince to the mix.

Now, this is a story all about how
Our five gets flipped-turned upside down
And I'd like to take a minute
Just sit there please
I'll tell you all about Tayshaun Prince became the star of the C's.