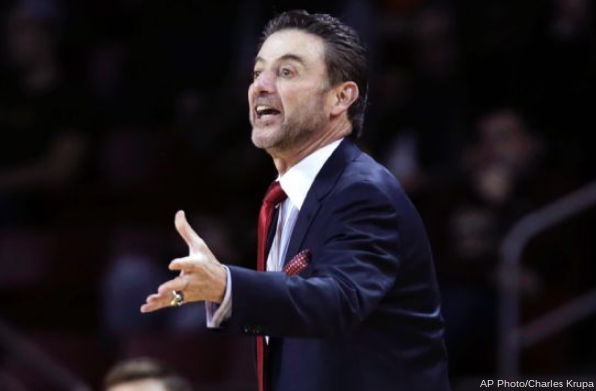 Former Celtics coach/GM Rick Pitino was in town last night as his Louisville Cardinals took on the Boston College Eagles (by they way, if you didn't know both those teams are in the ACC I don't blame you).

According to ESPNBoston.com's Jack McCluskey, Pitino received a "smattering of boos" when introduced during his first game coaching in Boston since leaving the Celtics in 2001.  After No. 10 Louisville knocked off BC 81-72, Pitino was asked how he felt Brad Stevens is doing in his former position.  Via McCluskey, here's his response:

Way before he came here, I said to my AD and staff, 'When I retire, go after that guy.' He was at Butler at the time. I said, 'Whatever it costs, get that guy.'

They got themselves, I thought, one of the top three coaches at any level. I thought he was always tremendous.

Pitino probably isn't a guy most Celtics fans want to hear from, but it's hard to argue he doesn't know a thing or two about coaching basketball.