Andre Dawkins recalled from Maine, immediately sent back down 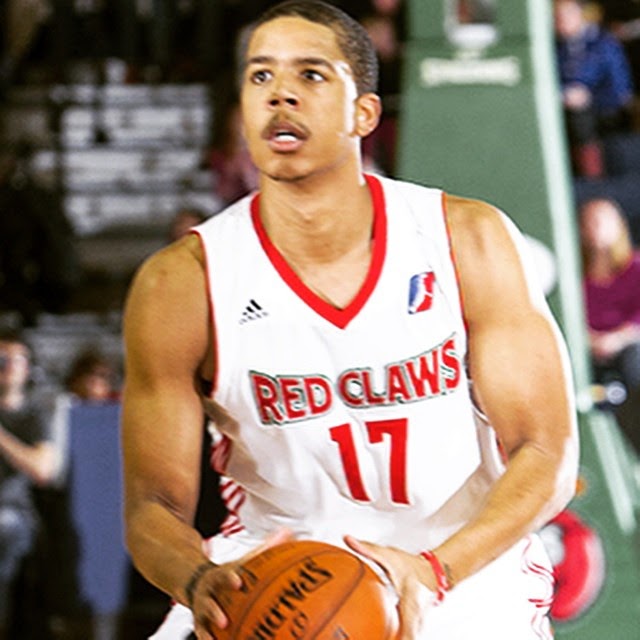 *UPDATE: It appears while writing this piece, the Celtics were in the process of sending Dawkins right back to the D-League. That lasted long.. Did he just break another record?

Andre Dawkins has been re-assigned to the @maineredclaws.

Seven days into his 10-day contract signed on Jan.23, Andre Dawkins has finally gotten the call up from the Maine Red Claws and will join the Boston Celtics.


Andre Dawkins has been recalled from the Maine Red Claws.

Last Saturday, Dawkins went off for 27 points and 7 assists vs. the Sioux Falls Skyforce. He made a quick impression with his quick release and snapped the Red Claws 3-point record with eight in just his second game with the Celtics' D-League squad. It was an impressive performance no doubt, though it should be mentioned it came on the heels of his debut for Maine in which he missed 12 of 13 from downtown.

Via Paul Betit of the Portland Press Herald, Dawkins said "Yesterday, I felt fine but the shots just wouldn’t go in,” referring to his awful debut and terrific response from long-range. They're going to need to go in for him now, as the former Blue Devil should join the Celtics for practice Thursday and possibly suit up for Friday's game.

As reported by Jay King at masslive.com:

Dawkins has played in two games with the Red Claws, averaging 18.0 points, 4.0 assists, 3.0 steals and 2.5 rebounds while shooting 35.1 percent from the field and 30 percent from behind the arc. Over 13 D-League games this season, he has scored 22.1 points per game while hitting 46.3 percent of his 3-point attempts.

His calling card is clearly the deep ball. Most will remember him for the crucial 3-pt shots he hit for Duke in an Elite-8 matchup vs. Baylor in 2010. With the injury to Evan Turner, he could find his way into some playing time and carve out a role, but his minutes will be limited as will his shot attempts, so he'll need to make the most of them early. Dawkins last played for the Miami Heat on January 3rd and went 0-3 from the field in 9 minutes versus the same Rockets team the Celtics will be facing come Friday.