A statistical look at the Celtics horrible end of game offense 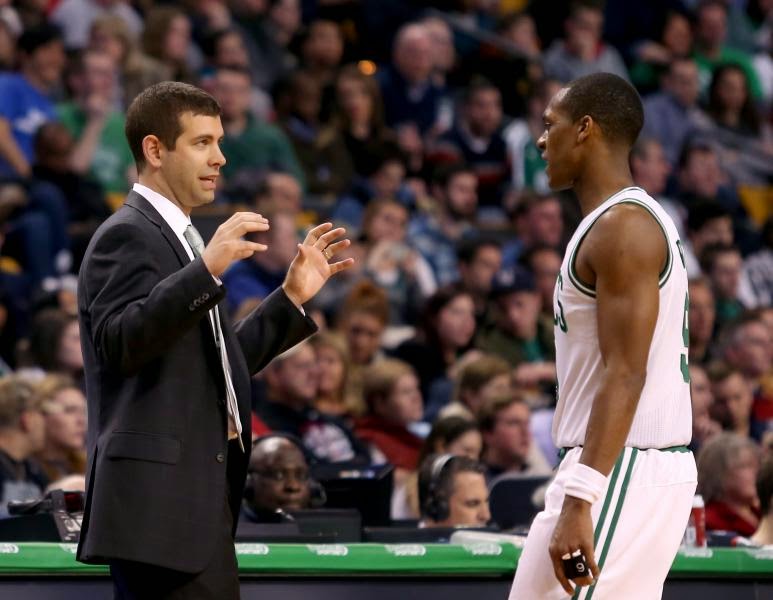 Great teams can come from behind in the final two minutes to steal victories.

Good teams close out their opponents when they're up with a few minutes to go.

Bad teams can't do either. And unfortunately, that's exactly where we stand with the Celtics.

After watching yet another last minute loss to the Suns, I decided to do some research. We know the Celtics have been bad at closing out games over the last two years, but just how bad has it been? To find out, I went through every game from the last two seasons -- 91 in all -- in an effort to find an answer.

My first question: how many times have the Celtics been in a one possession game with 2:00 or less remaining in the 4th quarter?

I used the "one possession game with 2:00 to go" criteria because I feel like that accurately describes a close game. No, it's not perfect. There are games that a team comes from 10 down to barely get within three before losing, and there are also games tied with four minutes remaining before one team pulls away before the 2:00 mark. But in general, if it's a 0-3 point game with less than two minutes left, the game is won or lost in that time frame. Can you make enough plays to hold on? Can you make enough plays to come back?

Next up, I looked at their offensive execution in the last 2:00 of those 42 games. Field goal %, free throw %, and turnover rate were all computed.

Here is what I found:

Number of games the Celtics lost after leading at any time in the last two-minutes: 11

Number of games the Celtics won after trailing at any time in the last two-minutes: 1

*Note: with turnover rate, I discounted any possession where the Celtics inbounded and were immediately fouled (43 in all). All the Celtics (or any team) need to do in that scenario is inbound the ball, and it skews the numbers to have 43 easy, turnover free possessions in there.

Now, it's important to note that it's normal for these number to dip in crunch time, especially the FG%. Defenses up the level of intensity, fast breaks become nonexistent, and the game slows down. But the Celtics' numbers, especially the field goal and three-point percentages, are abysmal.

For more perspective, the Celtics' opponents in these games shot 41% from the field, 35% from three, and 79% from the line (I did not compute their turnover ratio). So the Cs are shooting 10% worse than than their opponents during crunch time, and a whopping 13% worse from three! My God.

As for their record, the 13-29 record would seem to make sense when you consider the Celts are just 28-63 since the start of last season. However, a team's record should always be closer to .500 in close games than it is during non-close games. Reason being that instead of 48 minutes for the talent discrepancy to play a factor, you only have two minutes, and a game that is within one possession. Sure, bad teams will still lose more than the good ones, but a team should never win only 30% of their close games.

Ok, so now that we've diagnosed that there is a massive problem, how do we fix it? Well to be honest, I don't know, but I tell you some of the issues they're running into.

- They shoot too many threes. This is 2014, and the three-pointer is an incredible weapon. However, the Celtics were 28th in the NBA in three-point percentage last year, and have actually dropped to 29th this year. Despite those facts, 43% of the Celtics "crunch time" shots are from beyond the arc, way higher than the league average of 25.9%. Obviously, there are times where you're forcing threes because you're in desperation mode, but keep in mind that the Celtics held leads in 24 of the 42 games I studied. They were not in desperation mode quite as much as you'd think. So while you'd expect them to shoot more than 25.9% of their shots from deep, 43% in a colossal leap. And when you consider they're hitting an embarrassing 22.2% of these attempts..it's time for a new plan. (Side-note: this really, really makes you appreciate Ray Allen's ability to hit threes in these situations).

- They don't have a go-to guy. Time and time again we've seen the Celtics' offense shrivel up in the final minutes, and a huge part of that is that they don't have a go-to guy in crunch time. Jeff Green has some of the ability necessary, but we know at this point that he's not going to consistently take over games (Side-note #2: Green has been very good on the whole this year, so don't take this as Green-bashing. Just a fact that he doesn't get the ball consistently down the stretch of games). It's certainly not Rajon Rondo, who opposing teams basically beg to shoot in crunch time. And it's not Sullinger, Bradley or Olynyk, all good players, but none of whom are going to take anyone off the dribble with the game on the line. (Side-note #3: this really, really makes you appreciate Paul Pierce's crunch time ability/balls).

- The Celtics lack leadership in big moments. Brad Stevens and Rajon Rondo need to control this team a little more in at the end of close games. Their philosophy for most of the game is fantastic. The ball finds the open man, they never stop running, and the overall effort left is set to maximum. But something funny happens when the Cs have a big lead, or if the game is close late: the ball stops moving as quickly, defenses tighten up, and the pace slows to a crawl. The Cs are fighting an uphill battle without a go-to scorer, but something needs to change, and that mostly falls on the coach, and the point guard/captain who has the ball more than anyone else. I know it can't be the actual plan, but in many of the games the Celtics appear to be content to waste the shot clock down to five before someone launches a contested three. With opposing defenses playing for their lives (so to speak), the open looks become a lot less open, and unsurprisingly, don't go in as often. This is on the entire team to remedy, but of course the coach and captain need to bare more responsibility than everyone else.

There is no easy fix, but continuing with the status quo is clearly not going to work. I think we can all agree that watching this team has been pretty fun so far this year, and that the young core is pretty exciting. With that said, it's time to show some growth in crunch time. You can't keep losing games the same way over and over again and expect to take steps as a team.