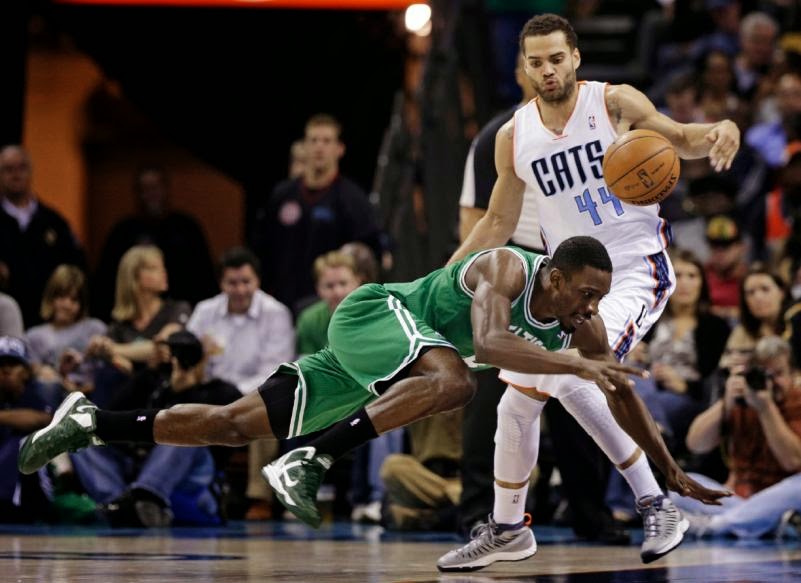 After hearing about the NBA's first domestic abuse charge following the recent NFL controversy, I was pretty sure the league was going to come down hard on Taylor and the NBA has:

The NBA has suspended Charlotte Hornets forward Jeffery Taylor for 24 games without pay after he pleaded guilty to misdemeanor domestic violence assault and malicious destruction of hotel property last month.

NBA Commissioner Adam Silver said in a release Wednesday that, "This suspension is necessary to protect the interests of the NBA and the public's confidence in it. Mr. Taylor's conduct violates applicable law and, in my opinion, does not conform to standards of morality and is prejudicial and detrimental to the NBA.

Taylor said in court that he pushed his girlfriend into the wall at the Marriott Hotel in East Lansing, Michigan, and the hotel room wall was damaged.


Taylor is not a big name player like Ray Rice and who knows if the penalty would have been the same for a more prominent player, but it is worth noting it is significantly more punitive than Rice's original 2 game suspension.