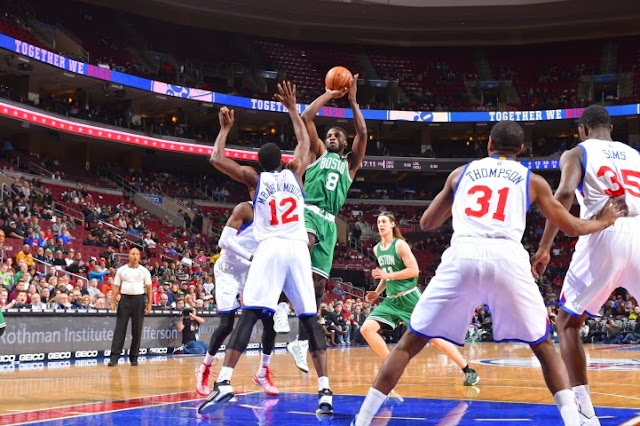 Other than a vicious Jeff Green chase down block early in the first quarter Boston got over a lackluster first half to defeat the 76ers 101-90 in Philadelphia.

After falling behind 54-52 Boston went on a 9-0 run punctuated by a Rajon Rondo alley-oop to Green to give Boston a 61-54 lead in the third from which they never looked back.

The Celtics were led by Sully who had 22 on 10-15 shooting and Brandon Bass who had 23 and six boards.

Philly was paced by Tony Wroten who finished with 21.