Marcus Smart is still traveling with the team 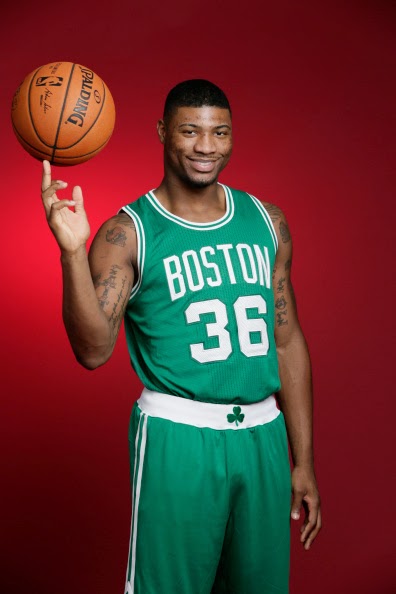 A. Sherrod Blakely tweeted earlier that Marcus Smart is with the Celtics in Philadelphia and will travel with them to Memphis.


However, as he mentions Smart is not expected to play in either of those contests.

The original timeline for his return was 2-3 weeks and this Friday will mark week two of life without Marcus Smart for the C's, which also happens to be the date of the game versus the Memphis Grizzlies.

A. Sherrod Blakely also tweeted this picture of Smart putting up some practice shots which indicates that he is on track to return in the near future.


#Celtics Marcus Smart getting up a few shots prior to practice. The timeline for his return remains unchanged. pic.twitter.com/fsqDHLMtZ7
— A. Sherrod Blakely (@SherrodbCSN) November 18, 2014


If Smart and the Celtics were to follow the original timeline set for his return the rookie will have to defend some of the top point guard talent in the NBA upon his return.

The C's next three games after the road trip are at home against the Portland Trailblazers, the Chicago Bulls (assuming Derrick Rose plays) and the San Antonio Spurs.

In a quote from Jay King of MassLive.com, Brad Stevens talked about how much Smart contributes to the C's defence:


“We’re not defending like we were in the preseason," Stevens said Tuesday. "And I think obviously, you know, we talk about Marcus. Marcus is a good defender. But he’s one guy. And we’ve got to be able to pick up the slack when he’s not around."