Why Chris Johnson may be on his last 10-day contract 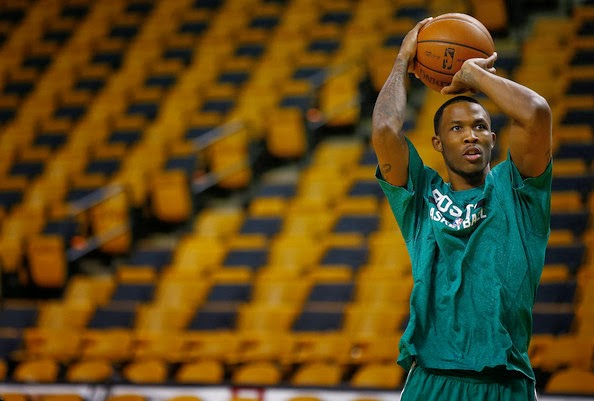 Chris Johnson in his short stint with the Celtics has been exactly what you look for in an exploratory 10-day contract player. In 24.2 minutes per game he’s averaging 8.7 points per on 45.7% shooting from the field with a money 41.1% from long range. His game goes beyond the stat-line though; the hustle and hard play stick out in every, single game he’s played. He’s passed the eye test for me, he belongs in this league.

With the Celtics though? That's a bit trickier. If it wasn’t for their current luxury tax situation it would be a no-brainer, but with Boston being $2 million below the $71.7 million luxury tax line it makes it interesting. Inking Johnson up for the remainder of the season would hardly push the C’s over the tax; it just makes it more difficult to maneuver trades between now and the Feb. 20 trade deadline. Ainge commented on Johnson’s predicament:

"But it's a complicated time of the year for us with the trade deadline coming up," Ainge told CSNNE.com. "We like everything about Chris. We're hoping to keep him around, but there's a lot more that prevents that from happening or could prevent that from happening."


Interestingly enough though Johnson found himself in a similar quandary last season with the Memphis Grizzlies, signing two 10-day contracts and played well enough to warrant a contract. He was not retained for the remainder of the season however, yet still he perseveres with the right attitude:


"You gotta work hard, especially if you want to get here," Johnson told CSNNE.com. "You have to work hard; just keep working. Not knowing when an opportunity is going to come, but have faith and confidence in yourself when you're on the court."


Johnson has been the most consistent players since he’s stepped on the court in green, I would hate to see him sign with another squad. The dude deserves it though and will be a nice addition to a team if Ainge doesn’t bite the bullet and sign this guy. He’s been a money spot up shooter and running mate with Rondo; he’s the perfect stretch the floor guy. I’m starting the campaign… #ResignCJ12