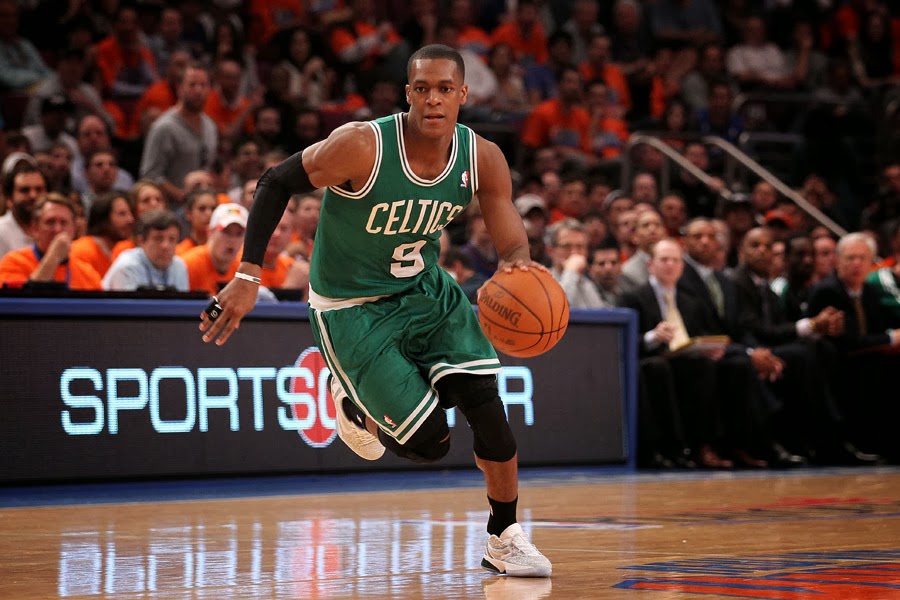 The Celtics asking price for Rajon Rondo is apparently two unprotected first round picks. Here is the blurb (calling it anymore than that is just incorrect).

The asking price if you can get Rondo is said to be two unprotected first rounders.


Now, there are no additional details, but Smith is plugged in, as is Grantland's Zach Lowe who had this to say on twitter (in response to HoopsHype which was quoting Smith's article).

So Lowe and Smith have both heard that the asking price for Rondo = two unprotected firsts. If true, the odds of Rondo being dealt before the Thursday deadline are just about zero (note: I've always felt the odds were very close to zero, there just aren't enough teams who need Rondo and also have the requisite assets to get it done). Unprotected firsts are tough to pry from any team, and getting two for Rondo before he's proven himself to be 100% back from an ACL tear is going to be amazingly difficult. And I'd imagine (pure speculation) that Ainge would want one of the picks to be a lottery type pick in this year's draft (can you imagine Ainge dumping Rondo for two late firsts in like 2015 and 2017? I can't), making it borderline impossible to imagine a deal getting done in the next 72 hours.

But hey, with a complete lack of Celtics rumors over the past week or so, this single sentence from Smith is worth mentioning. But as has been the case all season — the deck is stacked against Rondo finishing this season anywhere but Boston.