Advanced stats say Celtics one of the best defensive teams in basketball so far - credit to Brad Stevens? 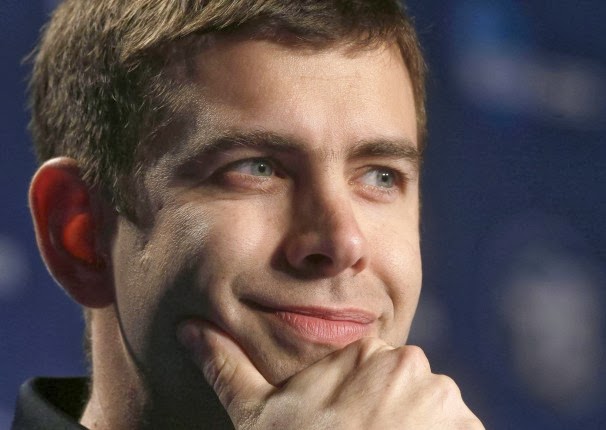 I thought that it would be interesting to take a look at the Celtics from an advanced stats perspective through five games played. Knowing full well that five games isn't a large sample size, and that the Cs competition has been pretty weak thus far.

Here's what I found (all stats from Synergy Sports).

Well, how do I put this nicely: The Celtics, as currently constructed, suck on offense.

According to Synergy, Boston is averaging 0.85 points-per-play (ppp) this season, ranking 27th out of 30 teams. To put that in perspective, the NBA average over the past few seasons is 0.94 ppp. Here's where the Celtics rank in several different types of offensive situations:

The Celtics also rank highly in Cuts and Offensive rebound offense, while ranking low when it comes to the miscellaneous section (basically any play that doesn't fit into one of these categories..I picture most Jordan Crawford shots falling into this zone).

Definitely some positives to take from the offense. Their post numbers are awesome, but you'd really like to see them go to it more, as they're only running post-ups on 14% of plays. They've also found success on pick-and-rolls, this despite the fact that their starting point guard is out.

However, as a whole - it's pretty ugly. The Celts struggle in iso, transition and spotting up, which account for about 30% of all possessions. Not to put this all on Avery Bradley or anything, but AB has been terrible in all three situations, averaging 0.33 ppp in iso, 0.53 in transition, and 0.36 posting up. Not a good sign when the guy playing PG (and handling about 15% of all your possessions this season) can't run the break or score in isolation.

So things are bad on offense, but that was to be expected. Boston was 11th last season with Paul Pierce, Kevin Garnett, Jason Terry and half a season from Rondo - so they were expected to drop off considerably - and so far they've obliged.

But the real surprises have come on the other side of the ball, where Boston (so far) has been pretty damn impressive.

Through five games, the Celtics are allowing 0.81 ppp, ranking 4th in the Association. That's right, without Garnett, their defensive backbone for the past six seasons, Boston is right near the top of the league in defense. Here's where they rank in some of the categories (I took out P&R ball handler passes and added cuts because the Celts haven't faced the former enough to qualify):

Impressive basically across the board. The Celtics have only been below average in two of the eight categories that they qualify: cuts, and offensive rebound offense.

So what's to make of the Celtics strong start on defense? Well there's a few things I draw from it.

2. Boston has some defensive talent - Avery Bradley is an elite defender, and both Brandon Bass and Gerald Wallace are well above average. Considering those three guys and Jeff Green (who is at least average defensively) are the top four guys by minutes played, Boston definitely has the ability to play some D.

3. Brad Stevens is making an impact - Stevens' teams at Butler routinely were among the best in the country defensively, and it's not surprising that the early results are favorable in the NBA. This team will be bad offensively until Rondo comes back, and probably even after he returns (Boston was only 11th in both 2011-12 and 2012-13 with Rondo plus several Hall of Famers), but they may be able to give some teams fits defensively. Granted I don't expect them to be in the top 5 once this weekend is over, but the Celtics roster is slanted towards the defensive end of the spectrum when it comes to skills, and their coach is known for his defensive coaching ability.