Jordan Crawford beginning to fulfill potential with The Boston Celtics 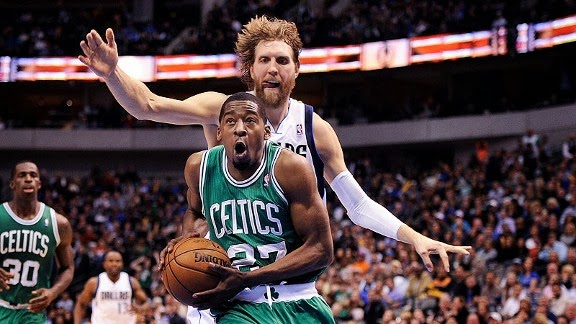 According to A. Sherrod Blakely of CSSNE, a big reason the Celtics received their first win of the season against The Jazz on Wednesday night was the calming influence of Jordan Crawford:


The Celtics head into the game Friday night in Orlando coming off their first victory of the season, 97-87 over the Jazz. It was fueled in part by Crawford's cool demeanor when the action heated up in the fourth.

Utah was on a 17-3 run in the fourth when Crawford dropped in a 5-foot floater that pushed the Celtics lead back to double digits, 89-79.

And it was Crawford on the assist to Brandon Bass with 2:06 to play that essentially ended all hopes of a Jazz comeback.

The Celtics collectively have benefited from Crawford's insertion into the starting lineup. But no player seems to have prospered more from the change than Avery Bradley.

"To have Jordan come out there, he kind of has a swagger to his game," Bradley said. "He feels like he's better than everybody. To have somebody who brings that every single night makes you feel a lot more comfortable out there.

I always liked Crawford's game in college when he was a big time scorer at Xavier, (20.5 points, 39% from three-his sophomore season before declaring for the draft) but what I've been most impressed with this season is his passing ability.

As was stated above it was his dime to Brandon Bass late in the game that effectively iced the Jazz as he ended the night with a very respectable four assists in 27 minutes.

He also had four assists in 25 minutes in Memphis on Monday and opened the season with a five assist performance in Toronto in a mere 18 minutes of action.

Having said that, although I think Crawford is the best option for The Celtics at point guard in the short term I am a little conflicted about Avery Bradley no longer running the show.

The reason I say this is I felt Bradley's time at point would allow him to develop his off the bounce game which would ultimately benefit him and the franchise long term.

However, on the flip side, Crawford gives us a better chance at winning games presently and there's only so many losses a team can take before their morale becomes demoralized.

Not to mention, I am not in favor of tanking, which I do not believe The Celtics were ever doing anyhow, but with Avery at point there would always be those murmurs around the league.