Doc wasn't a fan of KG and Jordan trade 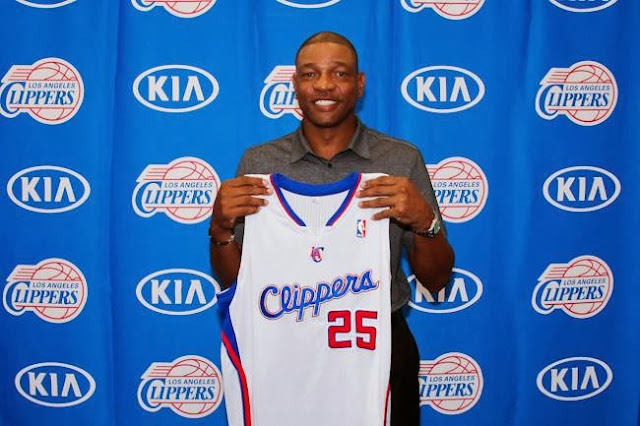 For once Doc isn't jabbing the Boston Celtics, or is he? Maybe he's taunting them, maybe he's saying "you could of had Jordan, and I know you wished you had him, but I do". That sounds like Doc these days. He makes sure he doesn't offend his former defensive anchor Kevin Garnett, but Doc has made it clear this offseason. Jordan is his guy, and he's hyping this guy up every other day.

It was a side deal that the NBA nixed because such side deals go against league rules. Rivers said he's happy the deal fell apart. He had hoped there would be a way for the Clippers to land Garnett, but not at the expense of Jordan.

"I couldn't get involved in that whole thing," Rivers said. "That was the strangest thing in the world. I was seeing the trade talks and I was saying, 'Wait a minute! We don't want to give away that guy!' We wanted that other guy, too. That was the home run to get both.

"[Jordan] is just too young and too gifted to let walk out your door, bottom line. He's a game changer defensively. He can single-handedly change a game with his defense. There's five guys, and that number maybe too high, that can do that single-handedly with their size and athleticism and he's one of them. When you have one of those guys, you want to keep them."

Doc believes Jordan should be, and could be defensive player of the year. Doc even made sure that Jordan was photographed with CP3 and Griffin. He also called the trio the "Big 3". Doc sounds like a man looking to the past, and where's the new slogan in LA Doc? Will you dust off "Ubuntu"?