Danny Ainge hints at Rajon Rondo being "the captain"; Rondo not ready to take contact in practice 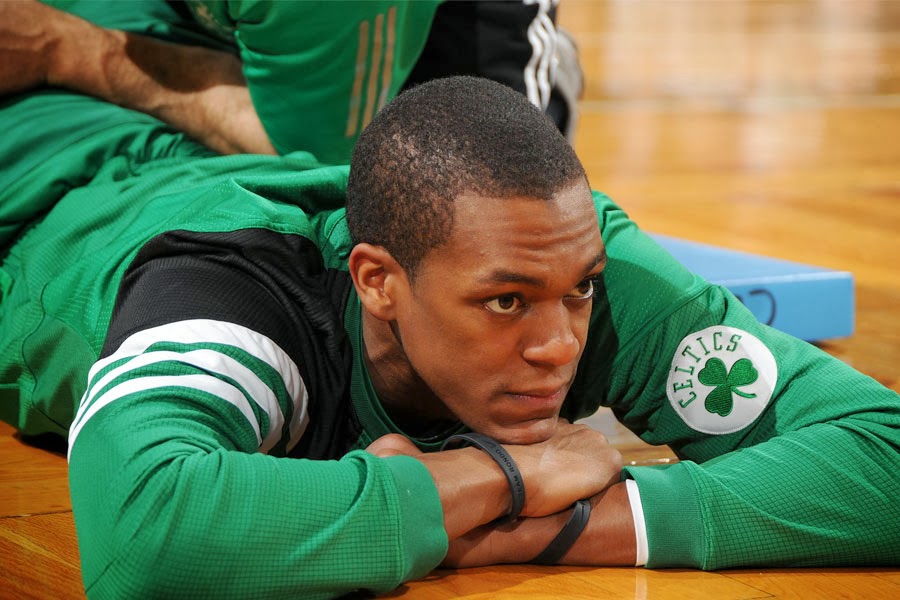 Celtics media day is off and running, and Danny Ainge was one of the first interviews of the day on Celtics.com.

During his interview, Ainge had this to say when asked who the leader of this team would be.

Obviously Rondo is the leader of this team, and the fact that he's captain..he fact that..well I don't know if he's the captain. I don't think a decision has been made on that but he's the player who's had the most success

Ainge immediately starting smiling while backtracking, hinting that while Rondo is not officially "the captain", it may be something that happens at some point this season.

And in related news, Rondo invited the entire team over his house for a big team dinner in preparation for camp. Unfortunately Rondo himself will not be ready to practice fully. From Paul Flannery.

Good sign to see Rondo embracing the leadership role, and also a good sign that he'll at least be on the court working out with the team (in non contact drills). Considering Rondo is not expected back until December, it's not surprising that he's not ready for contact yet. But it's definitely a positive that he'll be out there in some capacity.

And I don't want to make it seem like Ainge's comments somehow lock Rondo in as the next captain of this team. But if you watch the way he said it, it's clear that this team is giving Rondo the keys to the car (once he's healthy) and seeing how he handles it. Which should be a good thing no matter what side of the Rondo debate you sit on. After all, the only way to find out if Rondo has the leadership gene is to see how he handles the role. And don't give me the "it was his team last year and he failed" stuff. That was Paul Pierce, Kevin Garnett, and Doc Rivers' team. There was never going to be a transition to the Rondo-era until those guys had moved on. Now that time is here. And we'll finally get to see how #9 does as the alpha dog.