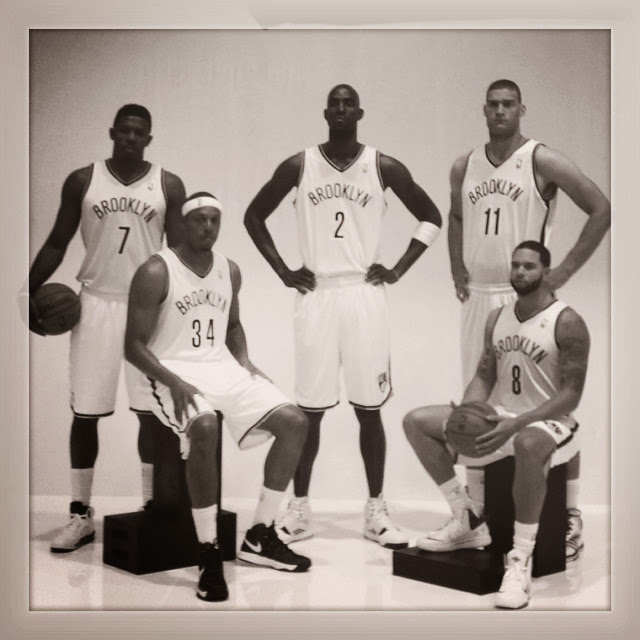 KG was asked what's next after "getting the monkey off his back in Boston", he said for "another ring, and it's the only reason we came to Brooklyn." Kevin was his genuine charming self at the podium today.He had the room laughing from the start, and it's something will miss in Boston. Kevin called Boston's chemistry "uncanny", and he was hopeful for the same in Brooklyn. Kevin didn't speak much on Boston, and the past during his press conference. He's not Doc Rivers.

Kevin Garnett: "We're here to get another ring. That's the reason we came to Brooklyn." #BigTicket #NetsMediaDay pic.twitter.com/m087KF7981

KG on the conversation J-Kidd had with him about not playing back to backs. "It didn't go too well."

"I'm here because of my desire to play. And I'm here to win another ring."--Kevin Garnett #NetsMediaDay

Garnett: "I think everyone here has a little edge." #NetsMediaDay pic.twitter.com/FkQwzgvXKw

"I think our own goals and our own expectations are going to exceed everyone else's."--Kevin Garnett #BigTicket #NetsMediaDay