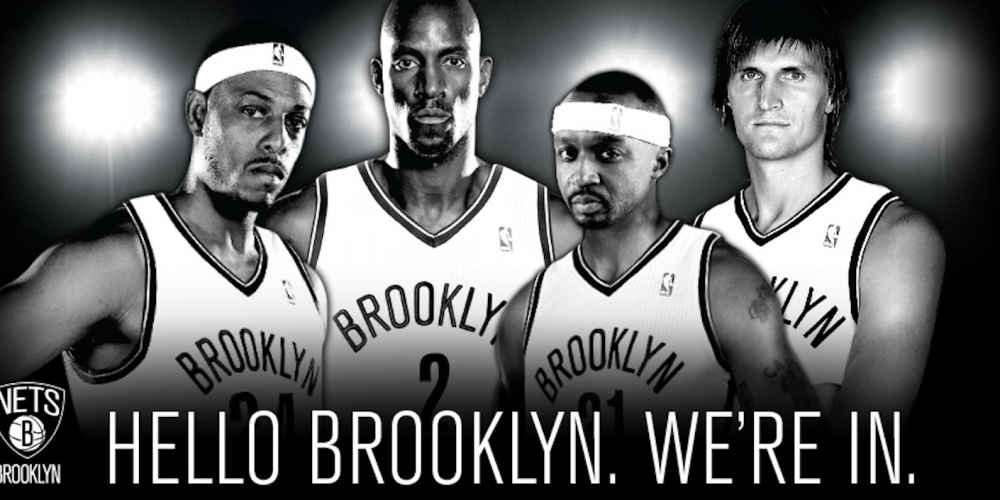 Paul Pierce took to the podium this afternoon at Brooklyn Nets media day. Pierce seemed like he was getting more comfortable with the idea of being in Brooklyn, and was completely focused on what needed to be done to bring a championship to the Barclays Center. Here are some of the top tweets/quotes from Paul's media session:


.@paulpierce34: "I came here to win a championship. I don't even want to see a banner if we win the division. The expectations have grown."
— Brooklyn Nets (@BrooklynNets) September 30, 2013


Paul Pierce on Brooklyn winning a championship: "I think all the ingredients are in the locker room." #Nets
— Michael Scotto (@MikeAScotto) September 30, 2013

Pierce expressed that he was happy to be on a team where everyone care share the load each night, and that he was very impressed with the combination the Nets have of youth, experience and depth. In terms of leaving the Boston Celtics Paul had this to say;


I understand it's a business, the chip on my shoulder is I want to win another championship... I'm self motivated.

The Truth also commented on what he expects from Celtics fans this year and about his return to Boston;


I don't expect Celtics fans to root for us, I expect Paul Pierce fans to root for me... It's going to be emotional [returning to Boston], I've done some special things in that place. I can't even picture it.

It really is a new beginning without Paul Pierce in Boston, but he seems like he is now ready to get after it in Brooklyn.