Celtics close to an agreement with 98.5 The Sports Hub to broadcast their games 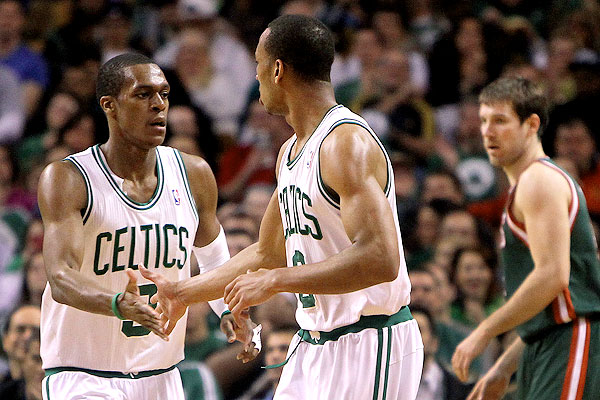 Last month, WEEI announced that they would no longer be broadcasting Celtics games after the two sides could not reach agreement. At the time it was speculated that the other radio power in the city, 98.5 The Sports Hub, would pounce at the chance to add the Celtics. After all, the station already owns broadcast rights to the Patriots and Bruins, and by adding a 3rd team they could further complete their complete takeover of the Boston sports market. It was a no brainer.

And now it's happening. According to CSNNE's A. Sherrod Blakely, an announcement on the relationship could happen as early as next week.

CSNNE.com has learned that the Boston Celtics are "close" to a deal that will make 98.5 The Sports Hub the new radio home of the C's.

An announcement of the new deal is expected to be made as early as next week.

Despite the Celtics fielding a team that's not expected to be among the NBA's elite this season, there was a significant amount of interest in broadcasting their games after it was announced earlier this summer that the C's and WEEI could not come to terms on a new contract.


The Sports Hub has absolutely punished WEEI in the ratings recently, causing a flurry of changes at EEI. 98.5 is a stable force on the Boston sports scene at the moment, and were a clear first choice for the Celtics.

Considering The Sports Hub broadcasts both the Pats and Bruins, there will be scheduling conflicts. But 98.5 is owned by CBS radio, and can easily shift one of the games (most likely the Celtics) to another station on those nights.

What will be really interesting to see is if this impacts how much coverage the Cs get on TSH. In past years, even if the Celtics were legit contenders, 98.5 shied away from the Green, instead going full bore on the Bruins during the winter. There is no doubting that the move worked, as Bruins fans who were pushed away from WEEI (As recently as 2009/10 Bruins fans were laughed off the radio on EEI) flocked to the Sports Hub in record numbers.

But now things are different. You'd like to think 98.5 would incorporate more Celtics programming (perhaps the "Celtics summer cooler" next year, which EEI carried this summer) to appease their new fan base.

The station is still likely to be more slanted towards the Bs and Pats, as they remain the stations biggest money makers, not to mention both teams are in the title hunt while the Celtics will not be. But hopefully the Celtics will get some additional coverage going forward.

As for who will announce the games, it is widely reported that the team of Sean Grande and Cedric Maxwell will make the jump to The Sports Hub.