Avery Bradley hits restricted free agency next summer - how big of a contract is he worth? 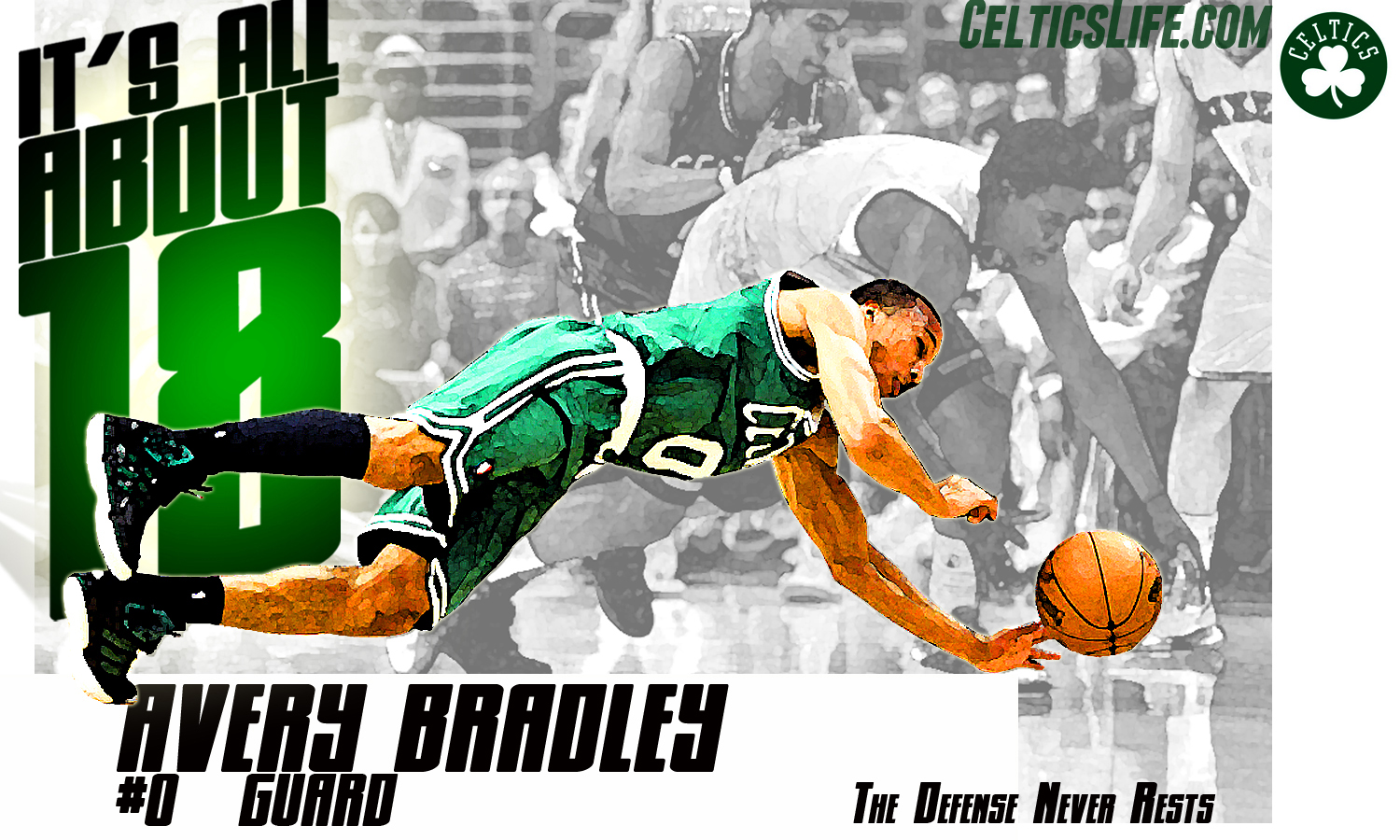 It has only been three years since Avery Bradley entered the NBA, but it many ways it seems like much longer. Bradley is only 22 years old, but consider what he has already been through in his basketball career.

Bradley was ranked the #1 recruit in the 2009 high school class out of Findlay College Prep high school in Henderson, Nevada, higher ranked than current Wizards point guard (and $80 million man) John Wall. However, once at Texas, Bradley did not play like your typical top-ranked high schooler. He averaged just 11.6 points, 2.9 rebounds and 2.1 assists per game for the Longhorns during his one season in Austin, showing off his defensive acumen (1.4 steals per game) but also struggling to adapt to the college game offensively (shooting just 43% from the field and 55% from the free throw line).

The struggles cost him during the 2010 draft. Just one year after being the best freshmen prospect in the country, Bradley slipped to the Celtics who selected him with the 19th pick that year. Once in the NBA, the roller coaster ride continued for Bradley.

Bradley played in just 31 games during the 2010-11 season, averaging only 5.2 minutes in the games he did appear in. He began the season at just 19 years old, the youngest player in the NBA, and failed to crack the veteran-laden Celtics rotation.

When the 2011-12 season started, Bradley earned a spot off the Celtics bench early on, showcasing his ability to lock down opposing guards, but got off to a sluggish start yet again offensively. Through 29 games Bradley averaged only 16 minutes per game, scoring 3.7 PPG and dishing out 1.1 APG while shooting 43% from the field. 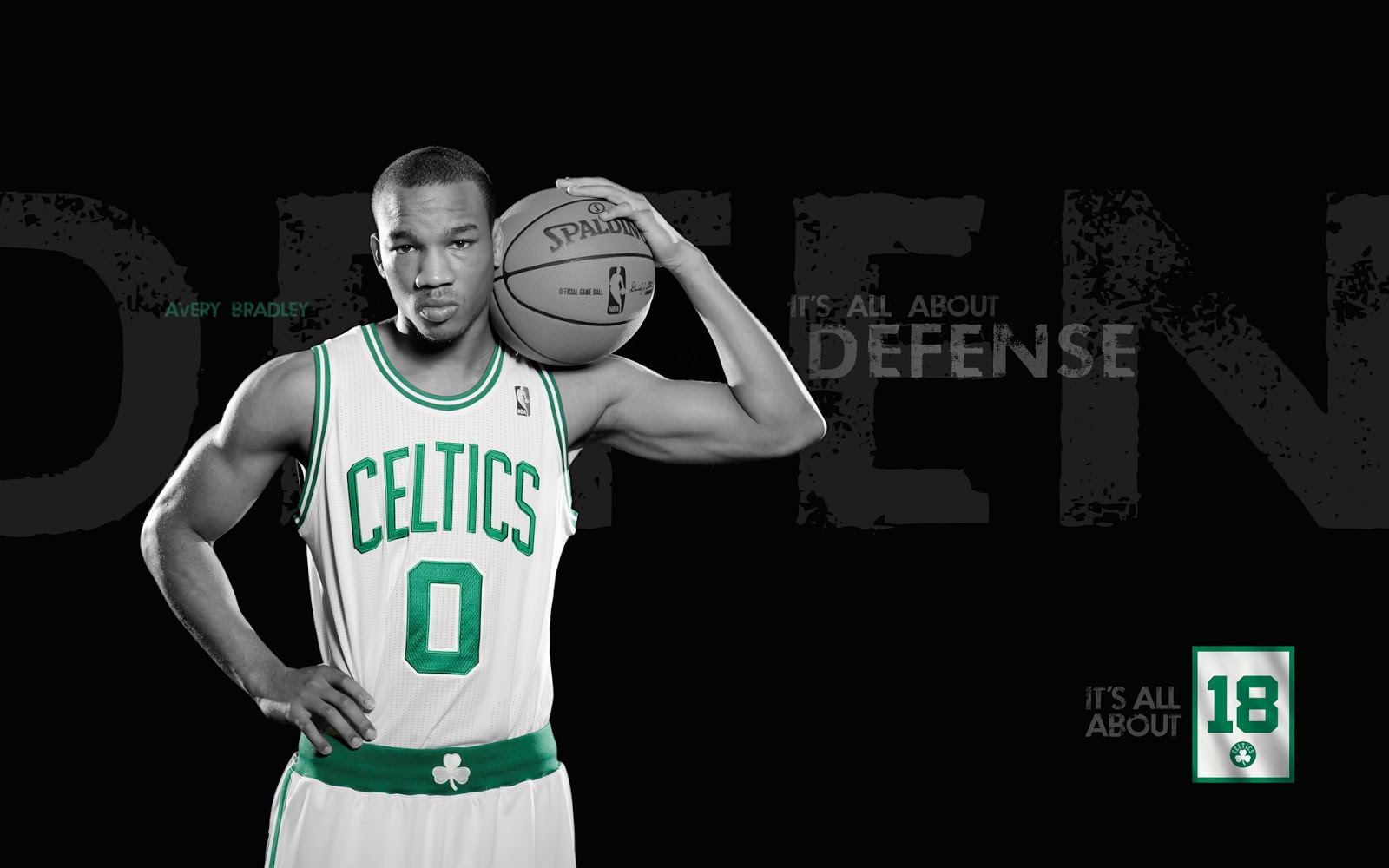 Then something clicked and Bradley started hitting shots like he hadn't done since high school. His playing time began to increase, he began burying corner threes and cutting to the basket where Rajon Rondo found him regularly, and the Celtics began to win. Over the last 37 games of the 2011-12 season Bradley played 25.1 minutes per game, scoring 10.4 PPG and shooting 52% from the field and an amazing 49% from three. All of this while allowing only 0.72 points-per-possession (PPP) on defense, the 29th best number in the NBA.

It appeared Bradley had arrived. But then, the roller coaster swung the other way. Injuries to both shoulders impacted his effectiveness during the 2012 playoffs (he shot only 37% from the field during 10 playoff games), and following Game 4 of the Celtics 2nd round series with Philadelphia, Bradley was shut down. The Celtics ended up losing to the Heat in a highly contested 7 game series, causing many to wonder if the team could have won if Bradley had been healthy.

The injury caused Bradley to miss the first 30 games of the 2012-13 season, and when he returned — the offensive efficiency we saw at times the previous season was missing. Bradley did average a career high 9.2 points per game, but shot only 40.2% from the field and 31.7% from deep. He produced only 0.80 PPP offensively, ranking 371st among NBA players.

Defensively Bradley didn't miss a beat in his return, evolving into one of the most dominant defensive guards in the league. He gave up just 0.73 PPP in 2012-13, 16th best in the league, and earned 2nd team All-Defensive honors despite missing 32 games.

With all of the ups-and-downs, is it fair to say that four years after he graduated high school as the number one prospect in the country, and three years after the Celtics drafted him #19 overall, we still don't really know what we have in Bradley?

Of course we know about the defense. It's real and it's fantastic. As he enters his age 23 season it's reasonable to expect Bradley to improve even more defensively as he continues to learn the NBA game and (hopefully) finally gets a healthy season with starters minutes under his belt.

But Bradley's offensive ceiling is still unknown. He struggled at Texas and early on in his Celtics career before getting red hot for 30 games in 2011-12, and then regressed last year as he was one of the least efficient players in basketball. Of course it's fair to wonder how much the shoulder surgeries impacted him, but he seemed fine defensively so that may not be a valid excuse for his struggles. We know he has the potential to be good offensively but have yet to see that happen with any consistency.

And that's what makes Bradley's incoming free agency so tricky. Following this season Bradley will become a restricted free agent (meaning the Celtics can match any offers he gets) unless he and the Celtics reach an agreement on an extension by the NBA's November 1st deadline. Considering Bradley's up-and-down history (including a serious shoulder ailment) it's likely that the Celtics want to see what Bradley does this year before committing big money to him going forward.

Gary Washburn seemed to hint that this was the case in yesterday's Boston Globe.

The Celtics’ Avery Bradley is also eligible for a long-term extension but it’s uncertain whether the club is willing to make such a commitment during its rebuilding. Bradley is coming off another injury-interrupted season.


So the C's are most likely taking a wait and see approach, but that doesn't mean we can't jump the gun a bit and try to estimate what AB will make on his next contract.

To do so let's take a look at what comparable players are making in the NBA right now. All of the below players are guys who received All-Defensive team votes in 2012-13.

Interestingly enough, former Celtic Tony Allen may be the best comparison to Bradley in terms of the value he provides. Allen recently re-upped with the Grizzlies for $5 million per season, this after his bargain basement 3 year deal expired. Comparing the two players, Allen is just as dominant as Bradley on defense but thus far has been a far better offensive player. Even during his Boston years T.A. had a 13.5 PER and a 54.8% true shooting percentage, both adequate numbers. Bradley on the other hand has a 9.6 PER and a 49.4 TS% thus far in his NBA career.

Sefolosha was closer in age to what Bradley will be when he hits free agency this summer, and statistically is fairly similar to Bradley. When Sefolosha signed his extension he had averaged 21.2 minutes per game, scoring 5.5 PPG while shooting 43% from the field and 31% from three. Bradley's numbers thus far: 20.4 MPG, 6.9 PPG, 44% FG, 33.5% 3 PT. With a good season this year Bradley could separate himself from Sefolosha, a similarly good defensive player who has the added benefit of being 6'5" and being able to cover small forwards.

Brewer is a small forward so the comparison is not perfect, but in terms of style of play the two are pretty similar. Brewer's playing time and scoring totals have varied greatly in his career, but his efficiency has remained the same — and it's not pretty. His career 42% FG and 30% 3 PT FG are worse than Bradley's, but in the same ballpark, and the fact that his past two contracts have been for a combined $23.6 million show that defense pays in the NBA. Even if you are below average offensively.


What these examples give us is a certain range to expect Bradley to sign for next summer. If he has a similar season to last year (great defensively, poor offensively), I'd expect something similar to Brewer's 2011 deal or Sefolosha's contract ($3-4 million). If Bradley can take the proverbial "leap" and plays more like he did during the latter half of 2011-12..a contract more along the lines of Tony Allen's most recent deal ($5 million per season) seems fair. Of course with Bradley's youth, he could see a little bit of a bump on top of these numbers - but the basic parameters appear to have been set unless AB really blows us out of the water in 2013.

What do you think a fair contract is for Bradley? And would you rather the Celtics try and reach agreement before the November 1st deadline or let the 2013-14 season play out first? Let us know in the comment section.