What the Hell Happened to...Gerry Ward? 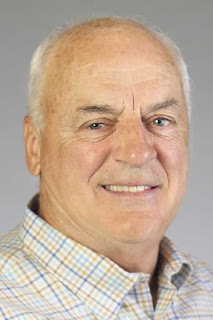 Ever go to a zoo and take the gift shop for granted?  Former Celtic Gerry Ward likely never did.  This week in What the Hell Happened To we go back to the 1960s to remember Gerry Beaver Ward.

Gerry played his high school ball at Cardinal Hayes in the Bronx (alma mater of Jamal Mashburn in more recent years), in the always-competitive CHSAA before taking his talents to Boston College.  Ward started at forward for three seasons and averaged in double figures each year. He averaged a then-school record 20.0 points per game as a senior in 1963.  His career rebounding average of 13.3 per contest is the second-best in school history and his 947 career rebounds rank sixth, a remarkably impressive college feat for someone listed at 6'4.

After averaging 20.0 points and 12.4 rebounds as a senior, he was named a third-team All-America and an Academic All-America first-team honoree.  Gerry would be drafted  in the first round of the 1963 NBA Draft as the fifth overall selection by the St. Louis Hawks.  However his rookie season wasn't particularly easy and Gerry didn't get much playing time.  Head coach Harry Gallatin had this to say at the time:


"I don't think that it's right to break in a rookie too fast," said Gallatin, whose Hawks lead the N.B.A.'s Western Division. "It's never fair to the rookie, in this case, Gerry, and it's never fair to the rest of the team, especially when it's winning. "But I'll tell you, Ward's a very sound player, with tremendous defensive ability and a better-than-average shot. He's been too cautious, though, but that will change with time. Don't worry, he'll be around this league for a long time.

But it wouldn't be with the Hawks too long.  They waived him when he injured his ankle (think Billy Hunter would go for that today lol?) in November of 1964 and the Celtics came swooping in.

In typical WTHHT-fashion, Gerry only appeared in 3 games that season with the Celts.  He'd score 5 points, grab 5 rebounds and dish out 6 assists.  He didn't appear in any playoff games that year.  Was he rushing things too much?  He did shoot just 2-18 in his time in Boston.  Perhaps heading back to the area where he played his college ball was tough.

Ward latched on with Philly the next year and then in more true-WTHHT fashion, would get selected in consecutive expansion drafts by the Bulls in 1966 and Rockets in 1967.  That ended his NBA career. 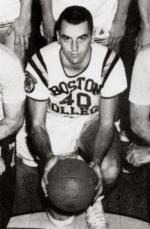 Gerry was inducted into the Boston College Hall of Fame in 2007.  Although I never got a chance to see him play, he seems like he was a tough competitor who really maximized his potential.  How else to explain those robust rebounding numbers at BC while standing just 6'4?  Sometimes you play basketball and you see a shorter guy have a knack for getting rebounds. I have a feeling Gerry was that way, positioning his body in such a fashion to secure the ball.  It's definitely a skill but also the desire to go after it.  Dennis Rodman had it.  Danny Fortson had it.  I think Jared Sullinger has it too.

Today Gerry is the president of Wildlife Training Company.  It all started for him in 1975 when he started Gerry Ward and Associates, Inc, a consultant firm responsible for the design of visitor service operations, including gift shops, for some of the nation’s most prestigious animal-related facilities.


In 1995, Wildlife Trading Company was started when Gerry was asked to take over the gift shop at the Rio Grande Zoo in Albuquerque, New Mexico.  Since then he has devoted all his time and energy into growing Wildlife Trading Company into a completely unique enterprise built on quality, craftsmanship and passion. He also personally oversees the design of each new partner shop and is a renown wildlife photographer.  Not bad for a former NBA player and certainly more unique then the Real Estate approach so many former Celtic players seem to go down.

This is a really cool endeavor.  Personally I love zoos, always have, and the gift shops at them are always a factor into making your experience as enjoyable as possible.  Cape May Zoo in south NJ is my favorite.  And it's free.  They need to partner with Gerry.  Way to go Gerry, from all your Celtics' fans!