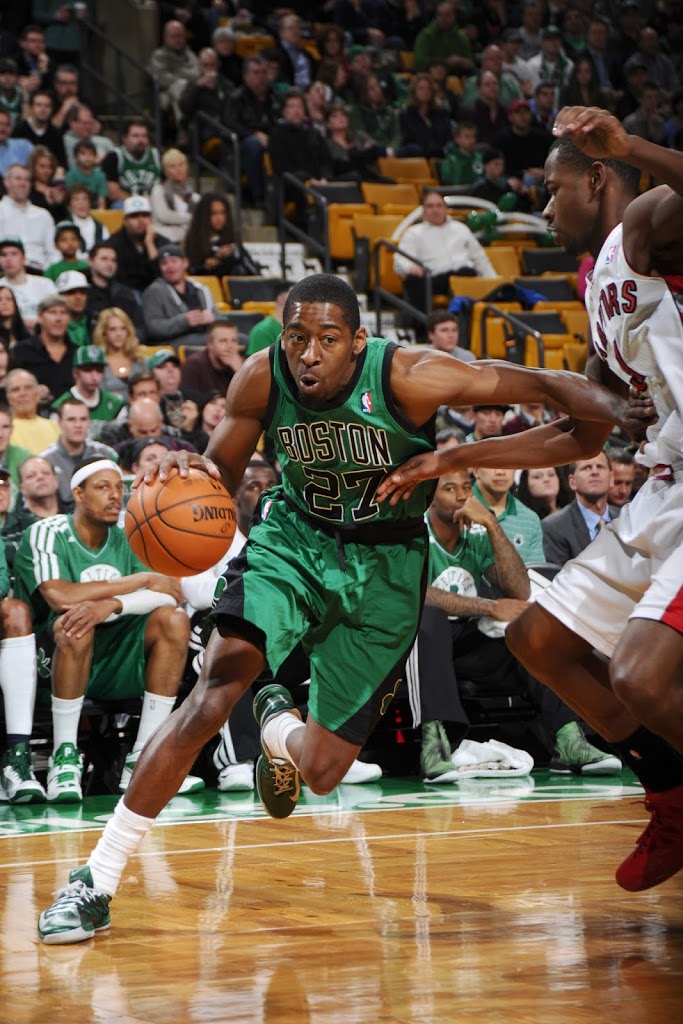 The Boston Celtics are steadily morphing their roster into the small-ball nature of the league.

It is a place where players like LeBron James, Kevin Durant and James Harden rule the day. For Boston it has to be Jeff Green who assumes that role.

His skill set can make him be that star that they need to put alongside Rondo. He can't be content to just make it back. He has to be that added  presence.

The team's game plan was to bring in younger talent in support of PP and KG with Terry's 3-point shooting. It took a while but it seems to be working.  Pierce to Green happened an awful lot last night.

The go ahead pass by Jeff Green, with Paul passing it back to a streaking Green was a thing of beauty.  They work well together now that Green's game is improving and he is hitting his stride.

Kevin Garnett hasn't made any of the young players cry.  He has embraced Jared Sullinger from day one.  KG saw the fight in him from day one.  That he was willing to listen and learn and he wanted to scrap and earn what he got. Sully understood what he brought to the table and how to use it in the flow of the game.

Fab Melo was never ready and may end up being like Boston's 1993 first round pick, Acie Earl. They are both late-mid-first round picks for the Boston Celtics.  Earl was the 19th pick of the 1993 draft.  Melo, the 22nd pick in the 2012 draft class. Acie lasted all of two years in the NBA and ended his career playing minor league basketball.

In the few minutes Fab got in real NBA action, he couldn't finish at the rim and continually fumbled the ball.  His learning curve this coming summer and overall performance in preseason will determine if he will be on next years' roster. It is fair to say neither he nor Sully (back surgery) will be part of this conversation for now.

When Ainge traded for Jordan Crawford it was seen as just another body to fill a need. They were decimated by injury and well they weren't going anywhere.  At least that was the conversation that made the NBA world want to bury them. We all thought the same, because Terry, Green and Lee were not doing well in the early part of the season.

Crawford has since become part of Doc's rotation.  Rivers has given him free reign to figure it out as he goes.  He will see a lot of action in the postseason.  His unkempt moves, with elbows akimbo, everywhere, always darting, always probing like a rabbit never taking a straight line to his destination.  He is doing what Doc asks of him. You can see it each time he steps on the court. He played 24 minutes, with 9 shot attempts, 12 points and 3 assists in last night's game.

All this from a player that fell out of favor with the Washington Wizards. Jordan needs to see what it took to be as great as he thinks he is.  Pierce, Garnett and Terry are more than willing to show him how to do it the 'right way.'

Free-agent, Terrence Williams is another rangy, multi-positional player Ainge picked up. His transition has been a little rough, but he showed some signs of growth against the Toronto Raptors too. He took his shot when he had it, got to the rim and finished with 5 points and 2 assists during his five minute stint.

Avery Bradley's true value won't be seen until he has an injury-free season. His talent on both ends of the floor is obvious and he is thriving with the additional minutes. He has also expanded his game by driving the ball more.

The trade for supposed malcontent Crawford, and "Uncle Jeff's" 4 yr/36 mil contract were considered questionable moves. Terrence Williams wasn't on anybody's radar during the trade window and Bradley's potential with a full 82 game schedule under his belt has yet to happen. Yet all of the aforementioned players except for Williams are playing major minutes.

Are the Celtics ready to challenge the Miami Heat for the Eastern Conference crown?

We won't know until they meet in the playoffs.  All we know is that there are more regular season games to play. Last night they were able to stop a two game skid.  That was a remarkable achievement for a team that has had a habit of having long losing streaks.

That adjustment, along with the role players stepping up will give them a chance to compete.