What the Hell Happened to...Marcus Webb? 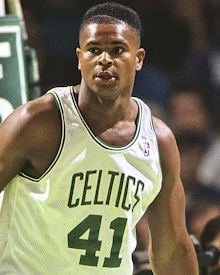 If I were to tell you there was a former Celtic who while playing, one day aspired to raise hogs and chickens in his hometown of Montgomery, Alabama, you may think I was lying.  If I told you that said player was on the injured list at one point while on the Celtics with a broken thumb that came as a result of cracking his knuckles, you would probably also think I was lying (or that I was referring to Pervis Ellison or Fab Melo).  But if that were the case you wouldn't remember Marcus Webb, who we remember in What the Hell Happened To.

From an awesome article back in the day:

Marcus Webb doesn't mean to brag, but he knows he played ball better than anyone back home. He dressed better, too. And he's sure he can outcook the Boston chef who's just sent over some smothered cabbage and sweet potatoes.

"My self-esteem is high about everything.  I know I'm a beautiful individual. Without anyone telling me, I know that. I have confidence.  I'm one independent man," Webb said. "I wash my own clothes. I make my own lunch and I make my own bed."


He attended Sidney Lanier High School in Montgomery, Alabama before heading to the University of Alabama where he was a college teammate of Robert Horry, Latrell Sprewell and James Robinson (how the hell did that team not do more?).  Webb wasn't drafted but I was able to see him play in the Westchester County Summer League in NY in 1992, but unlike Lorenzo Williams and Chris Corchiani, was unable to snag an autograph from him.  I remember him as being fairly mobile but more of a power forward than a center.  Of course today he'd totally be a center. 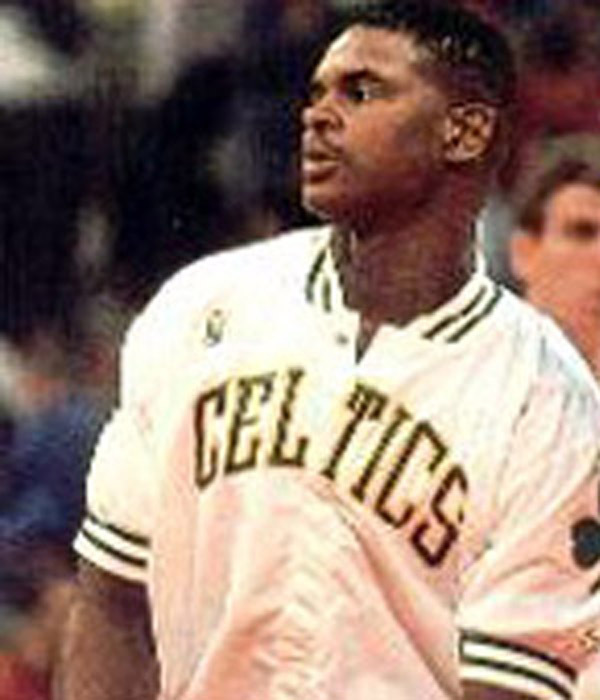 He played in 9 games with the Celtics during that 92-93 season, which would be the tragic last season of the great Reggie Lewis.  He actually averaged a robust 4.3 ppg in a mere 5 minutes a night, making his per-36 scoring numbers outstanding.

On St Patrick's Day of 1993 the Celtics would waive Webb and his NBA career was officially over.  3 hours after being waived, he was arrested and charged with raping a former girlfriend. Three days earlier, the mother of his 13-month-old son (TreDarrius Le Marcus Brown), who lived in Alabama, had him arrested for allegedly hitting her during a weekend trip to Boston.

But it didn't end there.  Another ex-girlfriend, LaTangelia Sanderson, sued Marcus for child support, claiming that they agreed to have a baby. Yet another woman, whom Webb admits he "used to mess with," had been going around Montgomery claiming the child she was carrying was also his.

During Webb's rape hearing, it held a conviction carrying a possible 20-year sentence an unusual plea agreement took place.  Webb would serve 30 days in jail in exchange for admitting guilt to a reduced charge of indecent assault. Despite convincing medical evidence, the district attorney opted for assured if minimal jail time, due to the potential for a jury to acquit because of the victim's prior involvement with Webb and other athletes (she was a groupie).

Researching Marcus Webb there's one clear-cut thing that came to fruition: he wasn't that great a guy.  Yes he was respectful and said "thank yous" whenever he could.   But he had a wild and ambivalent side to him, oblivious to how he affected those around him.  A sad tale of "too much, too fast" for Webb, who since college costs were covered by scholarships, had never had a paying job until the Celtics.  Some more ammunition for the argument of Webb's demeanor getting in the way of him achieving big things:
In high school Webb flipped the bird to the crowd during a game and set his grandmother's kitchen curtains on fire.  In college Webb was arrested twice, for bouncing a check and not paying parking tickets. He accumulated enough speeding tickets to have his license suspended, then revoked when he was caught speeding again. He also couldn't keep it together academically.

Before being waived by the Celtics, Webb had been on the injured list at one point when the team said he broke his thumb while cracking his knuckles.  Another time he said police in a Boston suburb stopped him without probable cause while he was driving and tore up his license, but police said they have no record of the alleged incident. He said he showed officers an Alabama interim driver's license and said his permanent license arrived in the mail that afternoon. He stuck to the story, even though there was no record of the incident and the Celtics suspended him for a road trip.

After being waived by the Celtics Marcus apparently bounced around in a few other leagues including Turkey (thanks to Aykut below) and playing all the way up until 2005 in Argentina.

Unfortunately for Marcus the news is still bleak today.  He was arrested last week, on January 31, 2013 in his hometown of Montgomery, Alabama for Contempt of Court- Child Support.  Who knows what woman he owed money to this time around.  Not sure the hogs and chickens thing he was hopeful for later in his life ever panned out for Marcus.  Kudos to @cainyoung for tweeting us "Marcus is estranged from a daughter who is one of the best girls high school players in the country at Hoover outside of Birmingham."