Celtics send C Fab Melo back to the D-League, could another move be on the way? 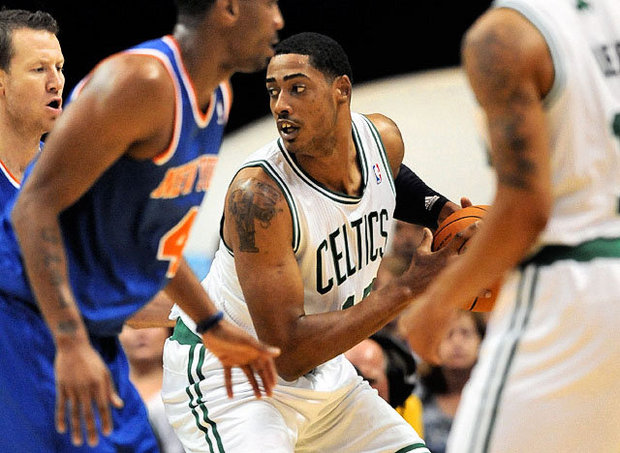 According to WEEI's Mike Petraglia, the Celtics have sent C Fab Melo back to the Maine Red Claws of the NBDL. This despite Melo moving within 24,998 points of the 25,000 club last night against the Lakers. From Trags' article.

Celtics announced Friday that they have assigned center Fab Melo to their NBA Development League affiliate, the Maine Red Claws.

Since returning from his last assignment to the Claws, Melo, a 7-foot center, appeared in two games with the Celtics. Melo played three minutes against the Magic before playing the final five minutes Thursday night against the Lakers.

Melo recorded his first two career points in the blowout win, to go along with a steal and a block.


Interesting timing of this considering Rajon Rondo and Jared Sullinger are out for the season. How long can the Celtics really go with 10 active players without making a move? When you start to put the pieces together with what Ric Bucher reported today about the Celtics looking to add a big  - you get the feeling the other shoe is about to drop. Maybe with something as simple as bringing in a big man on a 10 day contract, but the C's are extremely thin right now, and they desperately need another warm body on the bench.

Perhaps Blizzardcane Nemo will drop off a 7 footer with the 3 feet of snow we're currently getting clobbered with.