What the Hell Happened to...Fred Saunders? 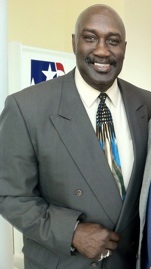 He's a tough guy.  I can concentrate on keeping the ball away from my man.  The thing you like about Freddie is that he doesn't make mistakes or get down on himself.  He is a good athlete and has a lot of confidence in his ability- John Havlicek on Fred Saunders


Now that the power from Hurricane Sandy has been fully restored, we come back full-force with What the Hell Happened To, this week, remembering back on the career of Fred Saunders.

Fred originally attended the University of Southwest Louisiana (now known as the University of Louisiana Lafayette) for basketball (college of this Celtic killer and home of a future WTHHT, Oriene Greene).  When the school got his for NCAA violations, Saunders left, and wound up attending Syracuse for his senior year.  After sitting out the first semester of his senior year, he was made eligible in January of 1974.  He averaged around 10 points and an impressive 10 rebounds per game for the Orangemen who made the NCAA tournament.


Despite the modest stats, Fred would be picked in the second round of the 1974 draft with the 31st overall pick (which means he'd just about be a first round pick today) by the Phoenix Suns.  After playing two seasons with the Suns, he'd be waive by Phoenix in February of 1976, meaning he wasn't a part of the famous triple overtime game between the Suns and Celtics.  This despite the fact he was signed by the Celtics at the end of May of 76.  Imagine that, shifting between the two teams gunning for the whole thing during the season they were battling it out and amazingly enough, not partaking in any playoff games! 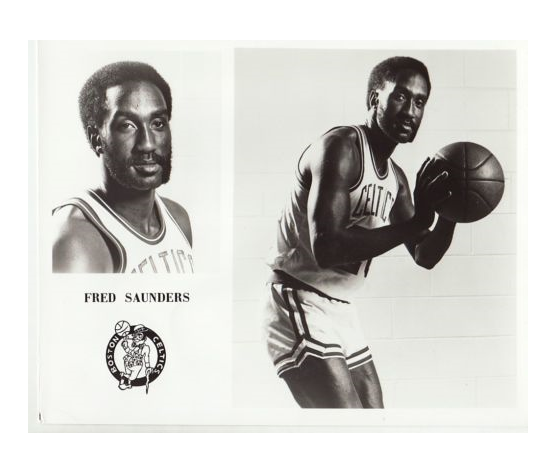 Despite signing in May it was far from a guarantee that Fred would make the team.  Guaranteed contracts didn't exist back then and not unlike most WTHHT tales, Fred had quite the uphill battle in training camp.  He battled it out with Ed Searcy, Glenn McDonald, Jerry Fort, Lewis Linder, Lew McKinney, Dave Sorenson and Darryl Brown- and made it.

The first thing I said to myself was that I always wanted to play in Boston because they played my kind of game.  People would ask me 'what have you heard' (during training camp) and I told them nothing.

Turns out no news was good news.  The phone eventually rung in his Indiana hotel before the season opener; it was some friends from back in Boston.  Fred explains:

They said congratulations and I said "for what?" They said McDonald got cut. And that was it, I came to the locker room that night and Mac wasn't there, so I knew.

It was no small feat.  McDonald had been huge in the 76 Finals vs the Suns, etching his name into Celtics' lore.  He knew the system.  He would've been the safe guy to keep.  But Saunders beat him out.  Coach Tom Heinsohn said at the time:

It came down to how tough a guy Saunders was. He went in and did his job and played the same way regardless of where we played him.  He played steady, then he had a couple of flashes, and I saw just how explosive the guy could get.  He was more physical than Mac, nearly as quick.  He just beat the other guy out.


And a testament to Saunders was his versatility.  If they played him at either forward spot he played his game.  If they moved him into the backcourt, he could play minutes there too.  Fred basically stopped worrying about making the team and just played his game.

He would get his shot in the playoffs the following season, 1977 when he appeared in 9 games.  He'd play a total of 2 seasons with the Celtics, in 1977 and 1978 before being dealt to the New Orleans Jazz in Feb of 78 for a second round pick that would turn into Jeff Judkins.  After 30 games in 78 with the Jazz, Fred's NBA career came to an end.

After finishing his career in the NBA, Fred, in the likeness of Lou Tsioropoulos, Mark Acres and Fred Roberts, would go the educational route.  He'd become a Physical Education instructor and basketball coach at Franklin Heights High School in Columbus, Ohio.  Today he is apparently a successful businessman in Ohio according to Lee Feinswog of the Swon Blog.  Read Lee's article too, he talks about living on the same floor back in college as Fred and describes him as "cooler than cool." 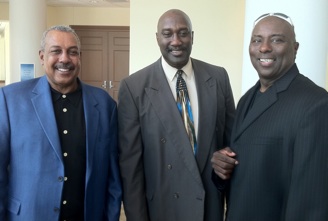