What the Hell Happened to...Dan Dickau?

He was probably compared to every other white point guard to come into the NBA in the last 30 years (off the top of my head, this includes John Stockton, Steve Nash, Chris Corchiani, Mark Price, Scott Skiles, Travis Ford, Bobby Hurley, Chris Herren. Ok so Ford didn't make the NBA.  Just making sure you're paying attention.  And yes I think Ford was an apt comparison while at Kentucky even though he was probably like 5'6).  This week in What the Hell Happened To, unless you only began following the Celtics very recently, you'll definitely remember Dan Dickau.

Dickau started at U-Dub but then transferred to Gonzaga, where he graduated in 2002.  He'd be picked with the 28th selection of the 2002 draft by the Kings but traded to the Hawks.  Like many of our featured players, here's a snapshot of their career transactions (click on it for a clearer image): 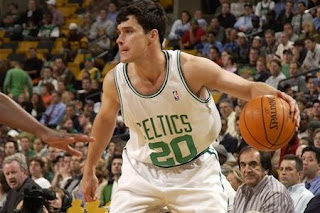 When the Celtics acquired Dickau in September of 2005, I was definitely hopeful.  He had finished up his best season with the Hornets, averaging 13.2 points, 5.2 assists and 1.1 steals per game in 67 games.  The Celtics technically gave up a second round pick for him but if I recall correctly, this was really the Celtics signing him to a 3 year, $8 million deal and the Hornets saving face (remember Cleveland technically got Milan Macvan for LeBron).


Like many other fundamentally sound point guards, Dan had a high basketball IQ and was a good shooter.  He definitely showed promise in New Orleans. and considering Nash developed into such a high-level player later in his career and Stockton went to Gonzaga (hey they're not just all white, they all went to Jesuit colleges!), I was optimistic Dickau could do the same.  He never did. 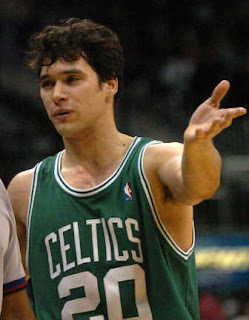 The Celtics moved him in the Raef LaFrentz for Sebastian Telfair and Theo Ratliff's expiring contract deal.  As you can see above, Dan bounced around some more and even had an apparent invite back to Celtics training camp in 2009 (yeah that's right, Celticslife was around then!).

Dickau last played for the Mad Ants in 2010 which means he was coached by Vitaly.  [By the way check out his wikipedia page; why does it mention his stats from pre-season games in 2008 with the Warriors?  That's not normal].  Dickau for the last year-plus worked in a capacity with the Blazers and even served as their summer league coach this past summer.

One of the more popular searches online is for "Dan Dickau's wife."  In fact according to Google Insights, the term "dan dickau wife" was the fifth most relevant search to Dan.  No joke.  Her real name is Heather Nevenner.  But who is the real Heather Nevenner?  The following 3 images are all apparently of her: 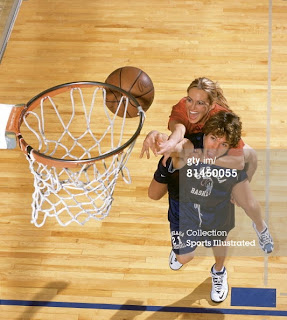 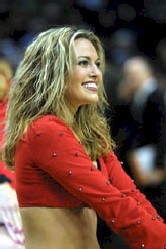 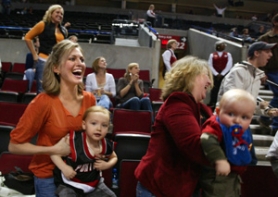 Is it me or they don't all look like the same person?  She was apparently a Blazers cheerleader at one point. Will the real Heather Dickau please stand-up.


As for Dan, as of yesterday, he was let go by the Trail Blazers, who recently hired Terry Stotts to fill their head coaching position.

According to a source close to the situation, Dickau would very much so like another opportunity on some NBA team's staff this season, but says Dickau realizes time is not on his side right now.
CSNNW.com has also learned that Dickau is a finalist to become the head coach of the NBDL's Idaho Stampede, the Trail Blazers' minor league affiliate in which they have full control over the team's basketball operations.

So maybe Dan will follow in the footsteps of Jay Humphries and Greg Minor and become a head coach in the D-League.  He also is still affiliated the Dan Dickau Basketball Academy, although as you can see from their website, he no longer handles the day-to-day activity.

***4/21/13 UPDATE***  Dan's opened a barber shop!  It's called "The Barbers" and it's located on 9331 N. Newport Highway in Spokane, WA, where Dan and his family moved to. It's geared towards a male market and as the walls are covered with sports pennants and photos.


“There’s free soda, free popcorn for customers,” Dickau said. “It’s really about providing customers with a great experience in a comfortable place, with a kind of old-school feeling.”

He will also continue doing color commentary for Gonzaga games, likely until he gets another shot at coaching.