It's All About 18: Summer Standouts 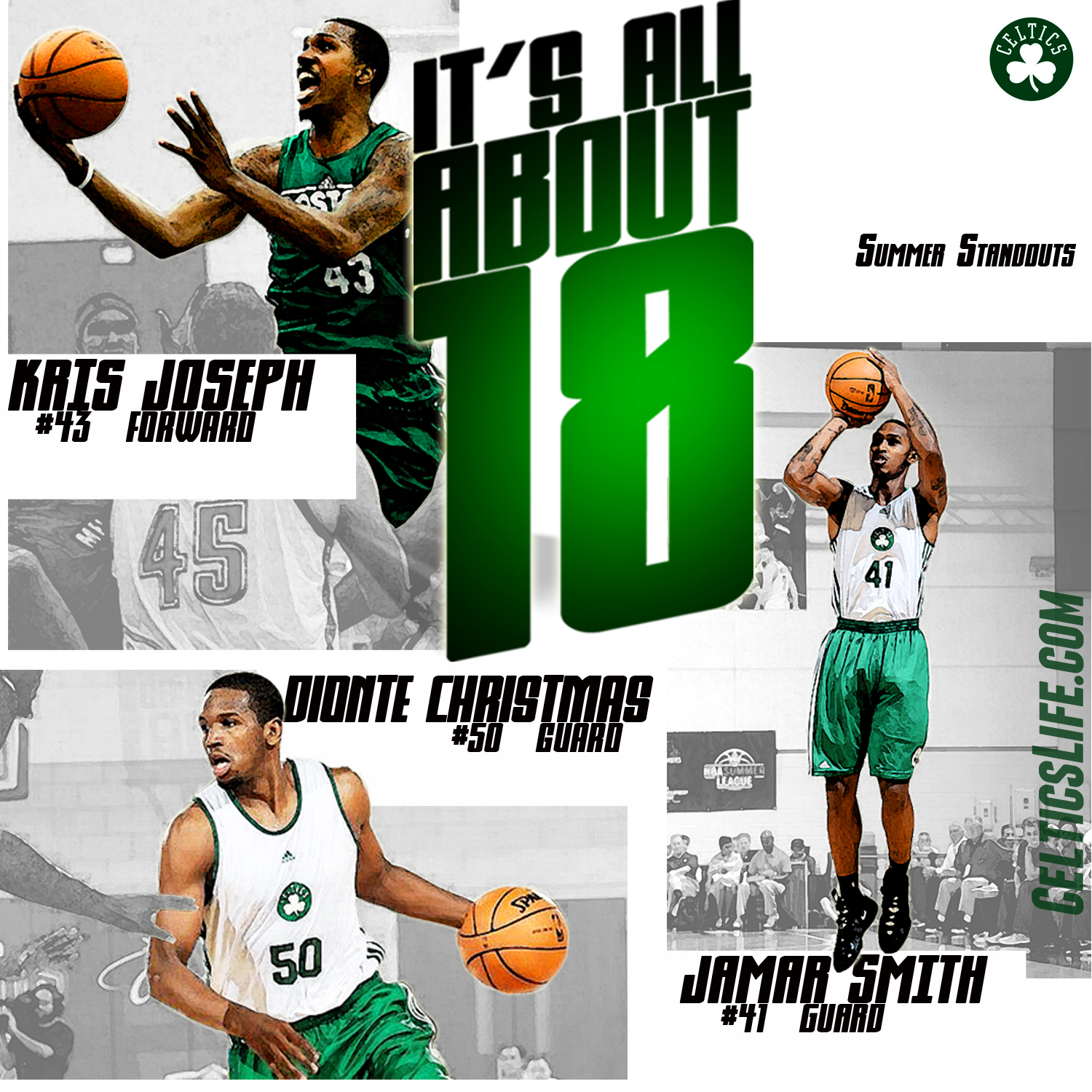 Training camp begins in a few days and the 2012-13 edition Boston Celtics will begin to take shape.  While it does, we take a look at the players who will be filling or vying for a roster spot in a new digital art series we are calling, "All About 18" - the goal the C's will be pursuing this season.

As the roster currently stands, the team has 13 players under contract and two spots available.  Those spots will be open for Summer League standouts Kris Joseph, Dionte Christmas and Jamar Smith as well as recent camp invites Rob Kurz and Micah Downs.

Following the retirement of veteran guard Keyon Dooling, the word is that the Celts are actively looking to add a veteran backup 1 from a short list of free agents.  There should also be an opportunity here for Christmas and Smith - both of whom impressed during the Orlando and Vegas summer leagues - to earn the spot, although recent scouting reports between the two suggest Christmas as having the better 1 instincts.

Joseph, the club's second-round pick last June, showed flashes during the summer as well and will get a long look at filling one of the two remaining roster spots, but he's going to be battling Downs for minutes behind Truth, Jeff Green and possibly Courtney Lee too.  The brawny Kurz plays the 4/5 and will be exchanging muscular arms and elbows with Brandon Bass, Darko Milicic, Jared Sullinger, Chris Wilcox, Fab Melo and Jason Collins for floor time.

All five players here are working on non- or partially-guaranteed deals and are considered long-shots to win significant roles on the team.  But in earning their roster spots, one or two of these players may be on their way to helping the C's compete for banner #18.  And that's what it's all about.