Is Erin Andrews a Celtics fan? 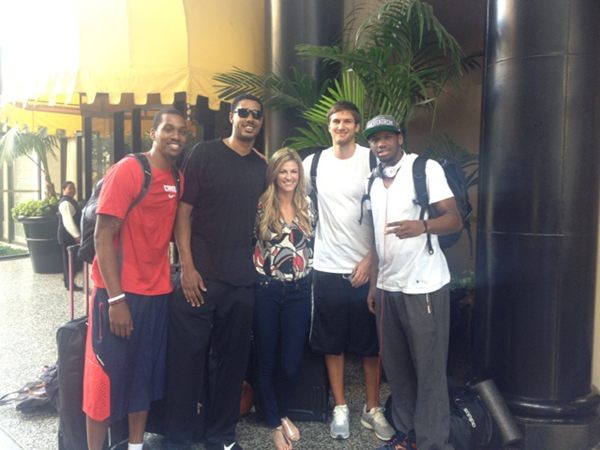 Personally I never understood what's the big deal about Erin Andrews, but obviously I'm in the minority here. She has 1.5 million twitter followers, which is even more than us. Judging by this pic and tweet it appears that Andrews might be a Celtics fan. This pic has future WTHHT potential written all over it, but right now it can serve as a test of your Celtics knowledge. Name the 3 other players with Christmas and Andrews.