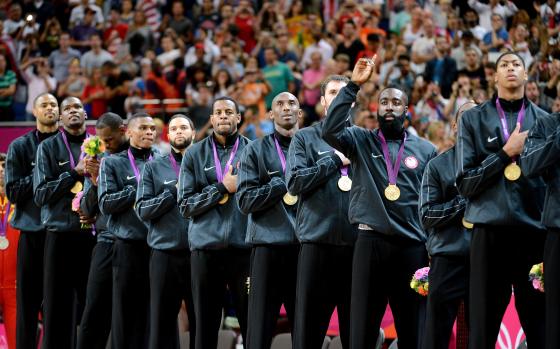 
This was no Dream Team. This was reality.

The gold medal was in doubt for the U.S. men's basketball team.

The Americans led Spain by only one point after three quarters, a back-and-forth, impossible-to-turn-away-from game that almost anyone would hope for in an Olympic final.

Especially, it turns out, the U.S. players.

The Americans defended their title Sunday by fighting off another huge challenge from Spain, pulling away in the final minutes for a 107-100 victory and their second straight Olympic championship.

Congrats to the U.S. team. Check out Doug Collins after the game in the video below (before NBC has it removed from YouTube). Someone forgot he was on national television.

"United States knew 1 thing only. Gold or bust, bitch. And now they're taking the time to enjoy it. Why not?" - Doug Collins on NBC