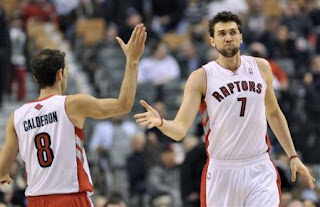 No division in the NBA has improved from last year as much as the Atlantic. It may be a stretch to think all five teams are playoff-bound. However, it isn't far-fetched to think that four of the five teams will be in the postseason come next spring. Therefore, each week we'll preview one of the five teams that make up the division and see if any of the other four can unseat the Boston Celtics atop the Atlantic to earn a top-four seed. Boston has finished in the top spot for the past five straight seasons. In week one we detailed last year's fifth-place team, the Brooklyn Nets.

In this second installment, we examine the Toronto Raptors. The only team residing outside the United States finished last season at 23-43. They were 16 games behind first-place Boston, one ahead of  New Jersey. Their last Atlantic Division title came in 2007, the season before the Boston's Big Three united. 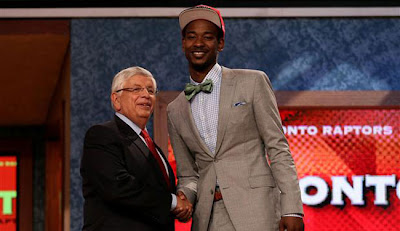 Last season was a disappointing one for the Raptors. Their first-round pick, Jonas Valanciunas remained overseas which weakened their frontcourt considerably. Then came star power forward Andrea Bargnani's injury that forced him to miss 35 games. Bargnani had been averaging around 20 points per game for the second consecutive seaeson. With him out, their leading scorer was third-year shooting guard DeMar DeRozan, who averaged 16.7 points per game. Team leader Jose Calderon averaged 10.5 points and a team-high 8.8 assists per game, while the young Ed Davis led the team with 6.6  rebounds a night. Toronto stumbled to the lottery again and came out with the No. 8 overall pick. They chose University of Washington shooting guard, Terrence Ross.

The Toronto Raptors are getting a lot of love right now as big sleepers in the East. It appeared that Andrea Bargnani was finally starting to live up to his No. 1 overall pick and becoming an elite scorer. With him returning, and both Jonas Valanciunas and Terrence Ross as high lottery pick rookies, and the acquisitions of Landry Fields and Kyle Lowry, it is not hard to figure out that the Raptors will be much better this season. 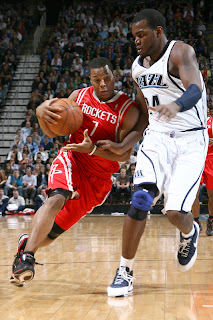 Bargnani's return alone gives them one of the best scorers in the NBA. He will return to his 2010 form and score more than 20 points per game, but don't expect further improvement. That season he was putting up nearly 18 shots per game. With a much improved team, the shots will be better distributed, and he'll see less opportunities.

Maybe the biggest improvement is the trade that brought in Lowry from Houston. Toronto let go of Gary Forbes and a future first-rounder in the deal. What they got is one of the best young point guards in the league. Lowry was very good the past two seasons for the Rockets. He is the type of guard who can give you an all-around performance. He averaged 14.3 points, 6.6 assists and 4.5 rebounds per game last year, and similar numbers the year before. He does all this while playing excellent defense and has good range on his shot. This was a huge move for Toronto.

Their one-two punch at point guard may be the best in the NBA, with Jose Calderon sliding into a secondary role. He has been one of the most balanced and steady distributors in the league for the past decade.

The Raptors successfully blocked New York from attracting Steve Nash, but are now stuck with Landry Fields. They will be paying him nearly $19 million over the next three years. Devoid of that contract, Fields has potential to be a solid piece. He was a great role player for the Knicks but was forced to start at shooting guard when he is really more suitable as a backup guard or small forward. 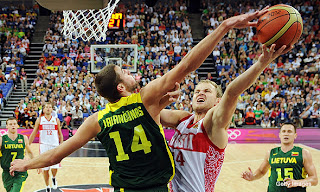 A ton will still hinge on the rookies. Jonas Valanciunias, Terrence Ross and Quincy Acy are so important to the success of this team. Valanciunas was taken fifth overall in 2011, but remained in Lithuania for one more year. He recently played for the Lithuanian national team in the 2012 Olympics. They made the elimination round, but lost immediately to Russia. Valanciunas did finish the elimination game with seven points and nine rebounds. The 6'11" center will start immediately for Toronto as they are so thin up front.

Ross was chosen eighth overall and Acy 37th this past June. Ross has great size for the shooting guard position. At 6'6" he towers over players like Avery Bradley. As a sophomore, he used that size at Washington to grab more than six boards per game to go along with his 16.4 points. The Huskies were snubbed from the NCAA tournament last year, but were a one-seed in the NIT. There they made the semifinals before losing to Minnesota. Ross averaged 25 points per game in the tournament. He will be able to score in NBA, but will have to learn to score within the system. Playing with the Raptors will be different than playing 2-on-5 like he and Tony Wroten did in college.

Acy was a four-year player at Baylor and averaged 12 points and 7.4 rebounds per game as a senior. He led the Bears to the elite eight of the NCAA tournament last year, and had 22 points and eight rebounds in their loss to Kentucky. Unfortunately, his 6'7" frame is very undersized for the power forward spot in the NBA.

Rounding out the Raptors roster are some decent-looking young players. Ed Davis was a lottery pick in 2010 and has been a solid role player for Toronto the past two seasons. 27-year-old Linus Kleiza had an impressive Olympics for Lithuania. Alongside Valanciunas, Kleiza poured in 25 points in a near toppling of Team USA in the opening round.

The Raptors will be vastly improved from last season, but the rest of the Atlantic has gotten better as well. That was before the Philadelphia 76ers just potentially landed Andrew Bynum as well. Still, even if Valanciunas and Ross aren't immediate impact players, DeRozan, Lowry and Bargnani are good enough to bring this team to .500. Whatever gravy the rookies bring will boost them over, but not by much.

Final Record: 44-38
4th in the Atlantic Division
8 seed in the Eastern Conference