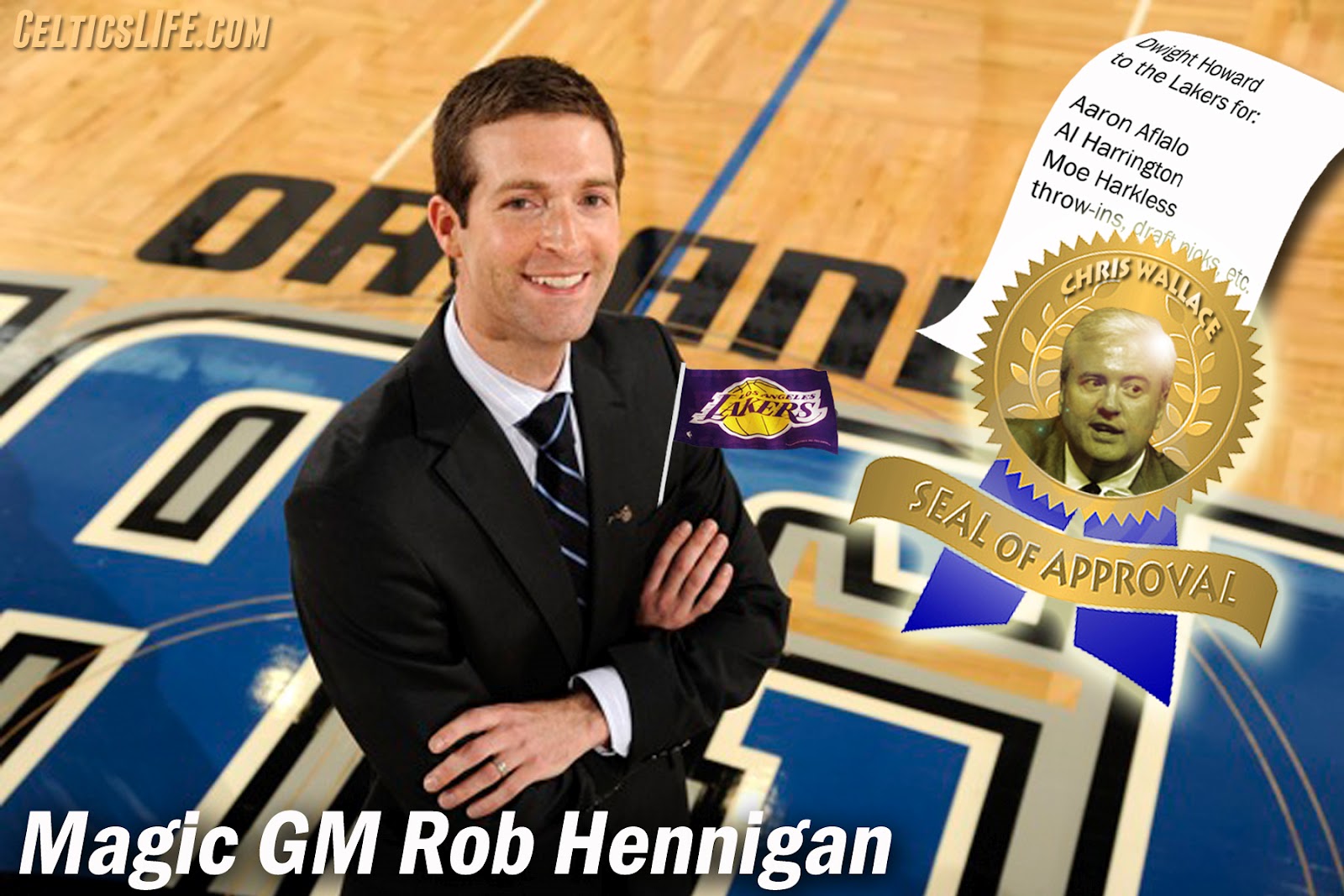 Whenever a team trades one of the top big men in the league (still in their youthful prime) to the Lakers and gets back scraps there is only one possible motive. They must be searching for Chris Wallace's acceptance and approval. It's like having daddy issues, but in this case wishing your father was Chris Wallace.

Now I don't put this trade solely on young GM Rob Hennigan. I'm sure the team's president and owner had meddling roles, but in the end the Magic got about 8 cents on the dollar for the best big man in the NBA. They gave the NBA team that has been spoiled with the most riches in NBA history a 26 yr old who is one of the top 3 players in the NBA and will keep them as contenders for another decade. For some reason, teams just love gift wrapping big men to the Lakers (Wilt, Kareem, Thompson, Gasol, Howard). At least Shaq went to the Lakers as a free agent.

If Howard was going to be traded to the Lakers it should have been with Hedo Turkoglu and his contract for Andrew Bynum and Pau Gasol. Somehow the Magic ended up with neither and still get to overpay Turkoglu. And the best chip the Magic got in the trade is slightly better than average, somewhat overpaid Arron Afflalo. To put this in perspective, the Celtics got about as much for Kendrick Perkins as the Magic got for Dwight Howard. But in the end all is dandy in the Magic Kingdom as the Magic earn the Chris Wallace Seal of Approval.

p.s. Look for Stern to give the Magic the #1 overall pick in one of the next two drafts.

100% credit to Edwin Khu for the great pic/idea.