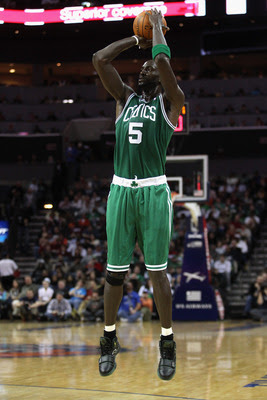 Kevin Garnett hit another 3 pointer in today's victory, so you knew he was going to be asked about it afterwards. Here's is KG's rant via Jessica Camerato's twitter:

KG should shoot them. I mean he shoots such a great percentage right in front of the line. Why not increase your points 50%? He actually should have started shooting them years ago. Even Kevin McHale, arguably the best low post player in NBA history, became a 3 point shooter late in his career.